Masks, the Mark of the Sheep 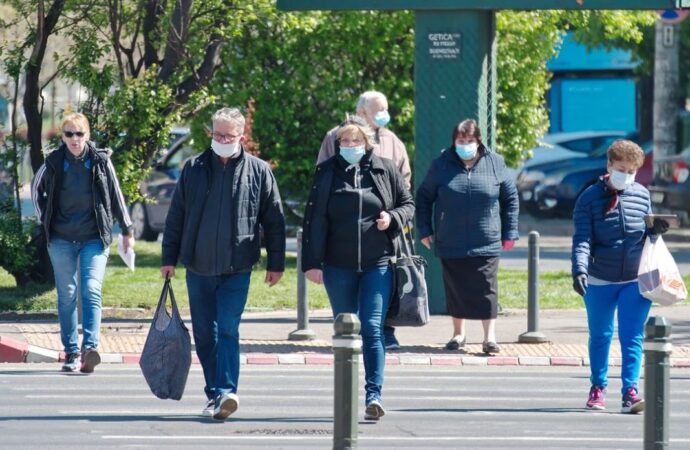 The mask mandates have been lifted on planes and all sorts of other places. Thank goodness! Yet there are some out there still demanding to resurrect the mandates.

It baffled me right from the start how people could have fallen for the mask mandate. It was easy to prove masks were ineffective and not worth wearing. Furthermore, wearing a mask was like wearing a sign saying, “I am compliant, I do what I am told.”

It was also horrifying to see how angry these mask wearers were—and still are. They believe the hype and wear the mask, feeling that they are “saving humanity”; anyone who does not follow suit is nothing short of a potential murderer. They have no mercy. They will not read or watch anything that contradicts their view.

What makes these people so easily led? Fear, I guess! But what made them so susceptible to fear in the first place?

Our media has been grooming us to fear for a couple generations. Polio is one fear I can remember from my childhood. People were terrified of it in the late 1940s and early 1950s. Every day the newspaper would report on the number of children who came down with Polio the day before. The number of deaths was published as well. It was a scary time, as evidenced by how my parents reacted when I came down to breakfast one morning around age eight or nine saying, “My neck is so sore, I can barely move it.” Mom and Dad literally jumped out of their seats and came over to me. They felt my brow and asked if there were other symptoms of my being sick. I sensed THEIR FEAR. It hit me like a giant wave. I reassured them that I felt fine, I just slept “funny” on my neck.

When television became ubiquitous those who did the programming almost immediately realized what a tool it was for steering people to believe whatever they were shown. A whole industry was born focusing on this ability. It was called advertising, not propaganda, but they are both related.

In the 1950s advertising was for things like cigarettes, cars, hair care products, toothpaste, and coffee. Texaco Gas sponsored by the weekly The Milton Berle Show that we watched, and Hotpoint electric appliances sponsored Ozzie and Harriet. The implication was that “nice people” needed these appliances and other items advertised. Sitcoms were popular and they were all full of cheerful people learning fun life lessons. It was all happy advertising. Very little unpleasantness was depicted on TV in those days.

But the advertisers learned how easily led the public were, and thus the fear campaign began, all in the name of safety. Cars suddenly developed seat belts. Children needed to be taken for rides in car seats. And then one day a campaign to discourage smoking began when “Surgeon General Luther Terry made a bold announcement to a roomful of reporters: cigarette smoking causes lung cancer and probably heart disease.” He said the government should do something about it.

The amount of influence TV has had on people in this country was brought to my attention in an article by John Whitehead of The Rutherford Institute, who quoted Rod Serling, the creator of the Twilight Zone. “We’re developing a new citizenry,” Serling said. “One that will be very selective about cereals and automobiles, but won’t be able to think.”

Basing ideas on what we have been programmed to believe can be dangerous, especially in an era where people have become very conscious of what everyone else is doing. They have become judge and jury for the behavior about which they disapprove.

We have progressed from levying fines for not wearing seatbelts, to fines for not having up to date smoke detectors and for not having our animals vaccinated, and then visits from child protective services who remove children from a home if the parents refuse a medical procedure they don’t approve of. And NOW, because of COVID and the unusually intense fear campaign designed to terrorize a whole country, if not the world, we are scared of each other.

These same frightened people just “know” that everyone else is dangerous. They always do what the TV doctor Fauci tells them they must do without question. If someone else questions it, they vilify such heresy. What they forget is that “tortured fear and stupid confidence are both desirable states of mind” to the devil and his minions, as C. S. Lewis explained in his famous Screwtape Letters.

What is the way out of this dilemma? We can’t unlearn this behavior without some emotional trigger that makes us decide to think for ourselves. Right now the mentality is that personal responsibility is dangerous … so let the government take care of everything.

Well, NO! That is the way to complete servitude. Stand up. Speak up. And walk away from those who impede your personal growth and your ability to decide for yourself. You can do it.