Grandpa and the Missing Infant Formula 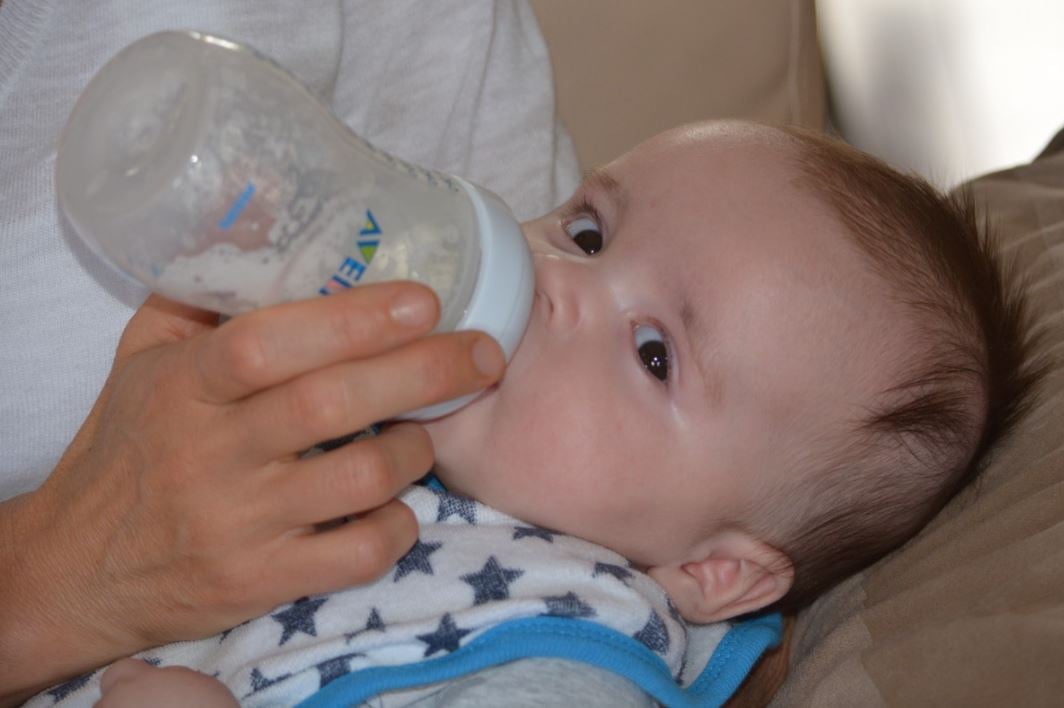 Government incompetence and missteps seem to trail us into every aspect of life, even in the food we give our babies.

On Friday, May 13, a package landed on my doorstep. Addressed to my daughter—who left me as the sole renter of her house when she and her family moved to Pennsylvania three years ago—the lettering on the box read, “Let’s help turn baby steps into amazing leaps forward.”

Was it a self-help book? Some inspirational DVDs?

Just joking. I knew better. My daughter received a similar box at her new home around Easter, and upon opening it, she found infant formula. She assured me she wasn’t expecting another baby.

With that information in mind, I slipped a knife through the box’s plastic wrapping, opened “The Wonder Box” as it’s called, and found two medium sized jars of baby formula, one for normal usage and one for “fussiness, crying, gas & spit-up” babies. That last one sounded like a winner for The Knotty Pine, a local bar that has a reputation for raucous drinking. Both samples claim to be “Inspired by Breast Milk.” Well, I should hope so. The brand name appears to be “Enfamil,” manufactured and shipped, I gather, by the sender, Mead Johnson Nutrition. I’m assuming the company dropped tens of thousands of these samples into the mail.

“What the heck is going on in this country?” I wondered. “We’re in the middle of a crisis where in some places infant formula can’t be had for love or money, and I’m getting a box of it in the mail free of charge?”

We’re all aware of this infant formula shortage, which apparently has parents around the country in a panic, in some cases driving long distances in search of milk for their infants. The coronavirus pandemic apparently baffled some manufacturers regarding demand—with sales skyrocketing early in the pandemic and then falling—and caused some of them to cut production. In one case, the nation’s largest infant formula manufacturer, Abbott Nutrition, was closed down because of suspected bacteria in their product, and the government dragged its feet in allowing the plant to reopen. The government’s heavy-handed regulations regarding European imports of infant formula are also at work here, and now we find that the feds sent pallets of baby formula to the border to be given away to those migrants streaming illegally into our nation. (Is there anything—and I mean, anything!—that the federal government doesn’t mess up in this country?)

You can read about some of these circumstances in Derek Thompson’s piece “What’s Behind America’s Shocking Baby-Formula Shortage?” Thompson writes clearly and well about the issue, though I disagree with his apparent call for more globalism at the end of his article.

But take a moment and ponder the utter ridiculousness of this entire catastrophe. Here we are, supposedly a great nation, perhaps the most powerful on the globe, and we can’t produce enough “Milk-Based Powder with Iron” to feed our infants. Meanwhile, some company is giving the product away, in my case landing it squarely in the lap of a 71-year-old guy who doesn’t even own a baby bottle. This stuff should be heading directly to a pharmacy or a grocery store. Has American capitalism gone nuts?

At any rate, here I am with two jars of formula plus a “Feeding Guide” and coupons for such items as a “Pregnancy Pillow,” “Custom Pacifiers,” and “Breast Pads.”

I’ve thought of several ways to dispose of this formula. With all those vitamins and supplements, I could throw it into a blender with a touch of milk and some ice cream, and make a healthy shake. Were I a bourbon man, I could whip up a nutritious Milk Punch. I could visit the maternity ward at our local hospital and auction it off to the highest bidder. (Just kidding; I’d give it away.) I thought of offering to mail the box to some Intellectual Takeout reader in need—heck, I’d even pay the shipping—but my daughter pointed out that this announcement might bring a flood of emails. And I’m always behind on answering emails.

So I’ll follow my daughter’s suggestion and drop the box of formula at the Front Royal Pregnancy Center, assuming they keep a supply of baby items on hand.

By the way, “The Wonder Box” did have its intended effect. It made me wonder how much farther down the rabbit hole of insanity and federal incompetence our country might go.