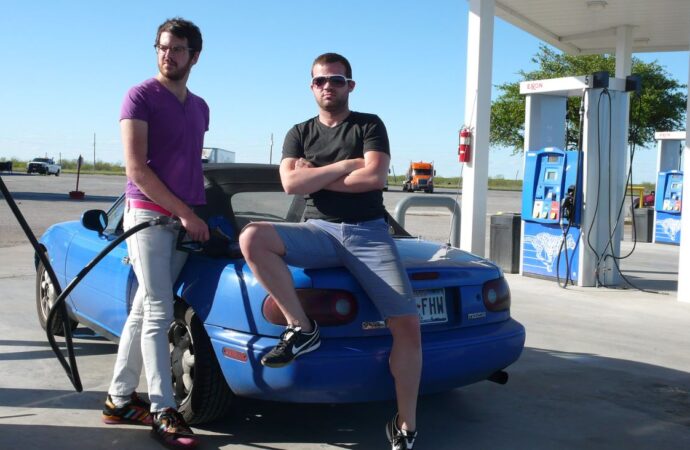 As nearly 40 million Americans prepare to travel for Memorial Day weekend, they’re confronted with an unpleasant reality: gasoline prices are through the roof.

Last week, for the first time ever, gas prices topped $4 in every single state. On Wednesday, Florida hit a new record high—$4.57 a gallon. That’s a lot, but it pales in comparison to California, where the average price per gallon was $6.06 as of Monday. In some parts of the Golden State, however, prices are even much higher.

Just leaving California. Gas prices are skyrocketing there and not slowing down. pic.twitter.com/KusuVDC3Hl

A CBS News article published Tuesday pointed out that the price of a gallon of gas at many California service stations was higher than the federal minimum wage. According to GasBuddy, the following locations were $7.25+.

The Painful Lesson of Unintended Consequences

Many people would look at the figures above and come to a simple conclusion: the federal minimum wage needs to be increased!

Unfortunately, it’s precisely that kind of economic thinking that landed Americans with $7.25 gasoline.

The urge to mandate “good” things and ban “bad” things is at the root of many of the greatest problems facing America today. Both of these actions share a common, unwelcome bedfellow: unintended consequences.

The historian Niall Ferguson has noted that “the law of unintended consequences is the only real law of history”—and for good reason. It’s an idea that stretches back to philosopher John Locke, economists Adam Smith, and Frédéric Bastiat, and beyond.

Similarly, when politicians kill oil pipelines, restrict fracking, cancel drilling leases, and pass a slew of energy regulations that can hardly be counted, the intended consequence is (sort of) clear: less reliance on fossil fuels. The unintended consequences, however, are painful: higher energy prices.

This is why the great writer Henry Hazlitt, the author of Economics in One Lesson, said it was imperative to consider the secondary consequences of a given action, something people often fail to do.

“This is the persistent tendency of men to see only the immediate effects of a given policy, or its effects only on a special group,” Hazlitt wrote in his seminal work, “and to neglect to inquire what the long-run effects of that policy will be not only on that special group but on all groups. It is the fallacy of overlooking secondary consequences.”

The Cost of Ignoring Secondary Consequences

We’ll be traveling to Appleton, Wisconsin for some R&R with friends and family. There will be lots of swimming, cornhole, meat sizzling on the grill, and some cold, frothy beverages for the adults. But we’re in the fortunate position; we don’t feel gasoline prices as much as the average American family. My wife and I both work and are in our prime earning years. Our cars and student loans are paid off. The kids are all out of daycare.

But I wonder how many families around the country will struggle to fill that tank this Memorial Day weekend, and how many might have to skip their vacation altogether because they just can’t make ends meet.

It makes me sad to think about it, frankly.

This article is republished from Foundation for Economic Education under a Creative Commons License.