Musk and Obama Agree: Big Tech’s Algorithms Should Be Transparent 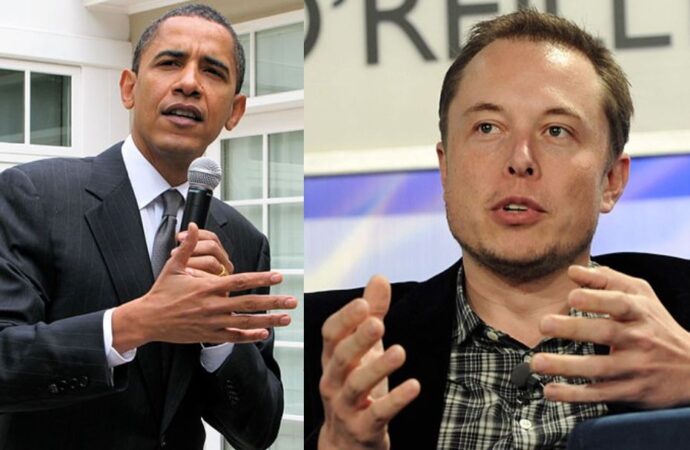 In his speech at Stanford University on Thursday, former President Barack Obama said social media companies should stop guarding their algorithms. As it happens, a different VIP also recently called for transparency.

On Thursday, former President Barack Obama delivered a speech at Stanford University on the perils of disinformation.

In the speech, which was co-hosted by the Freeman Spogli Institute and Stanford Law School Cyber Policy Center and the Obama Foundation, Obama said democracy was failing around the world, and cited the Jan. 6 riot as evidence.

“The fact is autocrats, and aspiring strong men, have become emboldened around the globe. They are actively subverting democracy, they’re undermining hard-won human rights, they’re ignoring international law,” Obama said. “For those of us who believe in democracy and the rule, this should serve as a wakeup call.”

Obama makes it clear that he believes disinformation and misinformation are largely responsible for this decline, and in his speech he called for new regulations that would help lawmakers prevent Big Tech from “turbo-charging some of humanity’s worst impulses.”

In many ways, the speech was classic Obama. The former president was calm and spoke eloquently. He sounded optimistic and so reasonable it would be easy to miss how ideological, divisive, and partisan his speech really was, though some lines gave it away.

“Do we allow our democracy to wither, or do we make it better?” Obama asked at one point. “That is the choice.”

In other words, if you oppose his calls for federal regulation, you support allowing democracy to wither and die. Naturally, most media focused on that theme: free speech and Big Tech threaten democracy; government must do something or humanity is doomed.

For those who support private property and free speech, and are skeptical of big government solutions to complex problems, there were not a lot of positive takeaways from Obama’s speech.

There was, however, at least one reason for optimism for people seeking a better and healthier social media experience—which has gone largely unnoticed.

In some respects, Obama was pretty vague on regulatory specifics, but on one point he was clear. He said tech companies had to stop guarding their algorithms as proprietary business secrets.

“We can rightly expect companies to subject the design of their products and services to some level of scrutiny,” Obama said. “At minimum they should have to share that information with researchers and regulators who are charged with keeping the rest of us safe.”

As it happens, a different VIP also recently called for transparency on this front: Elon Musk.

The Tesla founder, who is making a serious play to buy Twitter, last week made it clear he’d like to make Twitter’s algorithm open source.

“Any changes to people’s tweets—if they’re emphasized or de-emphasized—that action should be made apparent,” Musk said. “So anyone can see that that action has been taken so there’s no sort of behind-the-scenes manipulation, either algorithmically or manually.”

The idea apparently is quite popular; users overwhelmingly supported the proposal when Musk posed the question on Twitter.

Regrettably, my hunch is that this is not what Obama has in mind.

In his speech, he endorsed the ominous-sounding Platform Accountability and Transparency Act, legislation introduced by U.S. Senators Amy Klobuchar, Rob Portman, and Chris Coons that would require tech companies to share platform data with independent researchers.

This is the wrong route, however.

For one, Coons’ bill is a sprawling, impenetrable behemoth that lacks the full transparency of Musk’s clean solution. It also opens the door to further and further regulatory meddling. Perhaps most importantly, Musk’s proposal is voluntary. It requires no coercion, secrets, or middle men.