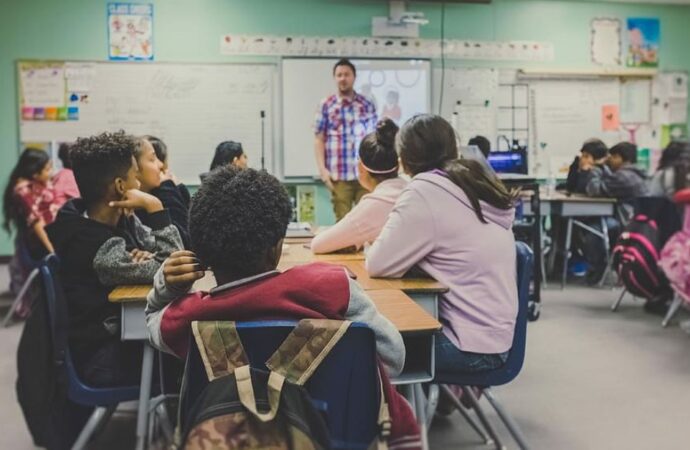 Police have existed since the ancient Sumerian civilization, thousands of years ago. They did not originate with slave patrols. But Minnesota is preparing to teach students that policing began with slave patrols. This false teaching is included in a draft ethnic studies component to Minnesota social studies classes.

As journalist Jonah Goldberg notes, police did not originate in America’s south:

Policing—enforcing the law, preventing crime, apprehending criminals—has a very long tradition of existence. I don’t know where it started, but for our purposes we can note that Augustus Caesar, born in 27 B.C., created the cohortes urbanae near the end of his reign, to police Ancient Rome. Policing in England takes rudimentary form with Henry II’s proclamation of the Assize of Arms of 1181. In the 1600s England established constables and justices of the peace to oversee them. The Metropolitan Police Act created the first recognizable police force in the U.K. in 1829.

Meanwhile, in America the first constables were created in the 1630s in what came to be known as New England. Boston has the oldest “modern” police department. It was created in 1838. New York and Philadelphia soon followed.

They were not created to search for runaway slaves.

Prior to the Civil War, police forces were so undeveloped or non-existent in most of the slave-holding south that vigilantism was common there, and people were lynched for offenses such as gambling in states like Mississippi, as the young Abraham Lincoln discussed in his Lyceum Address.

But “Minnesota’s proposed new social studies standards” will teach students just the opposite, as part of “Ethnic Studies,” notes the Center of the American Experiment:

Students will study our police departments and justice system in connection with an Ethnic Studies standard that requires them to “understand the roots of contemporary systems of oppression” …. To this end, fifth graders will first “examine contemporary policing” and its alleged “historical roots in early America.” The claim is that our police departments sprang directly from slave patrols of the Old South.

These standards were not approved by Minnesotans’ elected representatives. Republicans in the Minnesota legislature rebuffed Governor Walz’s attempt to mandate ethnic studies in Minnesota’s schools. So the Walz administration circumvented the legislature, and had the Minnesota Department of Education (MDE) add the subject of ethnic studies, “unauthorized by statute — to the four content areas named in” state law for social studies instruction: “history, government and citizenship, geography and economics.”

As the CAE think-tank notes,

The inclusion of Ethnic Studies marks a victory for forces seeking to radically remake Minnesota’s public schools. Ethnic Studies goes beyond the standard “anti-racist” Critical Race Theory (CRT) focus, especially in its stress on student political activism: “disrupting,” “dismantling” and “transforming” our nation’s fundamental institutions…. When MDE appointed the standards drafting committee, it took the unprecedented step of excluding academic subject matter experts in history, civics, geography and economics. Instead, it stacked the committee with political activists, community organizers and their allies, who dominated the process.

These activists’ goal was not to revise and improve “rigorous standards” in “core academic subjects” in our state’s K-12 public schools, as law requires. On the contrary, they view Minnesota’s public education system — as drafting committee member Jonathan Hamilton, of Education for Liberation Minnesota, has described it — as a “white supremacist puzzle that must be taken apart and exposed for the lie it is (emphasis added)….

When the Minnesota Legislature adopted our state’s social studies standards in 2004, it authorized MDE to revise them every 10 years to “raise academic expectations for students, teachers and schools.” By law, state standards must be both “objective” and “measurable,” and “consistent with” the U.S. and Minnesota Constitutions. But MDE’s proposed standards fail on all these fronts.

The proposed standards are shaped by a radical organization, Education for Liberation Minnesota, whose leading activists and allies were put on the standards drafting committee. EdLib MN argues that schools should view students in terms of their race. It claims that black students who violate school rules “consciously or unconsciously resist racist educational contexts,” and so must be understood, not as “behavior problems,” but as “barometers who measure the toxic atmosphere” of “a deep history of anti-black and white supremacist logics.”

EdLib MN falsely claims that “modern police departments” emerged “directly” from “slave patrols,” and it calls for the “abolition” of police, prisons, and border controls. Its ultimate goal is revolution: “The abolition of policing is about building a new world.” “Defunding the police” means “abolishing the social order and building a new society.”

EdLib MN created the Minnesota Ethnic Studies Coalition to transform Minnesota’s curriculum. MESC had a two-fold strategy: (a) to get the legislature to pass a bill mandating Ethnic Studies statewide; and (b) to revise the social studies standards by getting its representatives—all Ethnic Studies partisans—named to MDE’s drafting committee.

The Minnesota Legislature rejected a bill to require the inclusion of Ethnic Studies in state standards in 2021. But EdLib MN’s second strategy bore fruit: MDE kept academic subject matter experts off the social studies committee, and instead packed it with MESC members and their allies.

Ethnic Studies activists have already successfully pressured the Minneapolis and St. Paul Public Schools to adopt Ethnic Studies, first as a high school elective and then as a graduation requirement. “Less than half of high school students in St. Paul Public Schools (SPPS) are proficient in math or reading but” soon all of them “will be required to take a Critical Ethnic Studies (CES) course before they can graduate,” reports the Center of the American Experiment. “Course concepts will include: identity, intersectionality, race, dominant/counter narratives, racism, white supremacy, racial equity, oppression, systemic oppression, resistance and resilience, social/youth-led movements, civic engagement, hope and healing, and transformation and change.”

CAE says that these Critical Ethnic Studies classes apply “Critical Race Theory (CRT), despite CRT not being specifically named.” It cites their use of critical race theory texts such as How to be an Antiracist, and other texts that “support CRT’s key concepts, including race essentialism, systemic racism, active racial discrimination and anti-capitalism.”

The St. Paul schools also cite the protocol “Courageous Conversation” as part of Critical Ethnic Studies. That CRT-influenced protocol has “guided school districts to deem traits such as the ability to plan ahead and ’emphasizing individualism as opposed to a more collective ideology’ as attributes of ‘whiteness.'” Schools have also disparaged individualism and planning ahead as signs of “cultural racism,” under its baneful influence.