China Shows (Yet Again) That Communists Have No Respect for Life 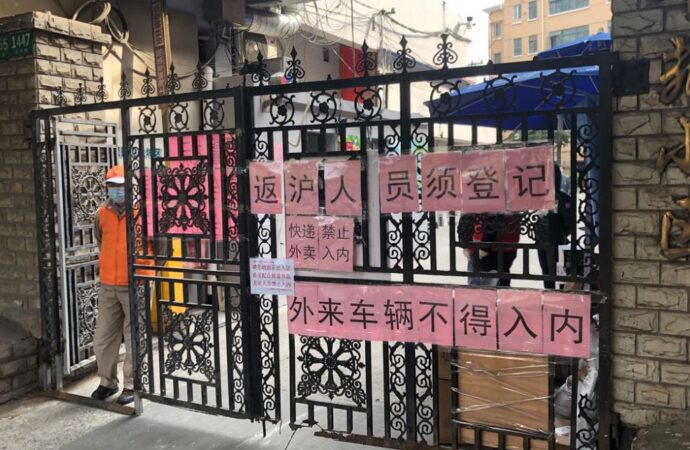 As we’ve seen time and time again throughout history, when individual rights are undermined, the group is inevitably hurt as well.

In recent days the world has watched in horror as residents of Shanghai have been locked in their homes by their government. Why? The authorities in China are pursuing a senseless and impossible goal of zero COVID cases—despite the fact that the virus has a death rate of less than one percent and that a vaccine is readily available.

To enforce their new lockdowns, the communist regime has invoked brutal tactics. The 25 million residents of the city have been locked in their homes, while their food supplies dwindle and medicines are running out. Their government is supposed to be delivering these items to the homes of its citizens, but unsurprisingly, it is failing to do so in an organized or timely manner.

And it doesn’t stop there. CNN reports people have been unable to receive medical care, even for emergencies, without a negative COVID test. Children with COVID-19 have been taken from their families. Patients with chronic illnesses or those in need of surgery have been denied care indefinitely. And videos show authorities killing family pets who escaped into the streets.

More than 30,000 medics and 2,000 military workers were dispatched to the city to enforce these measures, and though the extent of this “enforcement” is not exactly known, it does not look good. The New York Times reports residents chanting, “We want supplies! We don’t want to starve to death.”

CNN also reported “one popular comment on the highly censored Chinese social media platform Weibo read, ‘We are not killed by Covid, but by the Covid control measures.’”

None of this is actually reducing COVID cases, by the way. They passed 20,000 last week—a peak higher than that seen in Wuhan in 2020.

The draconian measures being pursued by the Chinese Communist Party (CCP) and the tragic results we are witnessing are a reminder of just how deadly this authoritarian ideology can be. Indeed, Communism has killed more people and caused more suffering than any other ideology in history. And in China, the leaders of the CCP are proving yet again that human life (or really, any life at all) will never be valued under a communist system.

In its brief 100 years, communism has been responsible for more than 100 million deaths—and it has ruined the lives of countless more. In fact, China’s own Mao Zedong killed more of his own citizens than Hitler or Stalin, with a body count estimated at 45 million. As Mao famously said, “Communism is not love! Communism is a hammer we use to destroy our enemies!”

Communism is an oppressive and evil ideology that relies on brutal force and coercion. It has only ever succeeded in making everyone under its grip poor and miserable. The current human rights abuses occurring in China are an important reminder of how important it is to have a system that recognizes and protects individual rights.

Rand, a child of the Russian Revolution, understood the value of individual rights better than most. At age 12, she and her family fled St. Petersburg after the Bolshevik uprising when her father’s shop was confiscated by communists in the wake of the October Revolution.

All lives have value. Collectivism asks that we deny that fact and pretend the good of the whole surpasses that of the individual. But this is false. As we’ve seen time and time again throughout history, when individual rights are undermined, the group is inevitably hurt as well. Everyone is less well-off and everyone suffers. In contrast, when individualism is upheld and people are incentivized to serve their fellow man, as they are under capitalism, society at large flourishes as well.