We Do Not Walk Alone 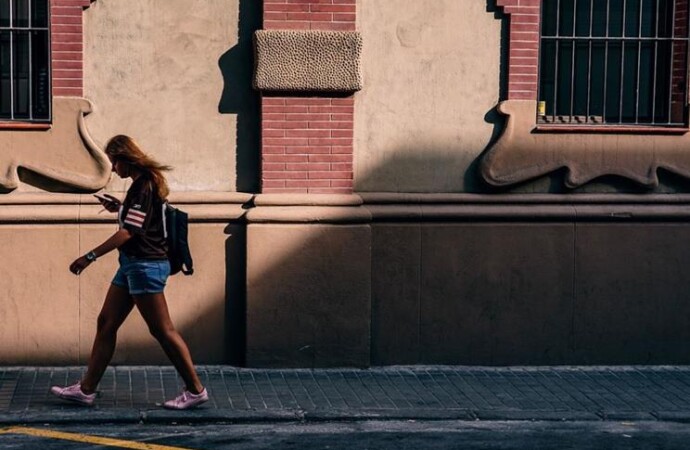 Back when the COVID pandemic was young and no one knew what to think about it, I sat in my home office listening to a SoundCloud stream of various choral recordings while I worked. One of the selections was a soothing new setting of an old Irish blessing, which runs as follows:

I’ve continued to listen to this song at various times since those dark days, but recently I took a closer look at the words and began pondering their significance for today.

We still live in dark times, in which sorrows abound. Because of that, many of us allow our hearts to harden rather than push through the sorrows and choose joy instead. As I thought about it, I realized that one of the reasons why we struggle during hard times is that we have ignored the final line of the blessing above: we think and act as though we walk alone.

The idea of a loneliness epidemic is tossed around regularly, and was raised most recently by Dr. Dave Chokshi, the commissioner of New York City’s Department of Health. Surveys show that almost 60 percent of the city’s residents “felt lonely some of the time or often,” while almost 70 percent “felt socially isolated in the prior four weeks,” the commissioner wrote in a recent CNBC op-ed. “Only a third of respondents said they could count on someone for emotional support.”

We can certainly blame the pandemic for a part of this loneliness in New York—and everywhere else—but does the pandemic really deserve all the blame? The fact is, many Americans have made their loneliness worse through the rejection of family and community.

Think about it. Instead of choosing a solid and lasting marital relationship early in life, many young people choose serial shack-ups—or divorces as their parents did before them—and gradually find themselves old and alone. Couples who do choose marriage often push child-rearing off into the distant future because children are an inconvenience to career advancement and to the self-indulgent pursuit of fun. These couples sometimes realize too late that a few little pairs of feet running around would make life more enjoyable.

Other people purposely alienate themselves from community. Being neighborly to those who live over the back fence is too much work, the thinking goes. And joining a church? Why, that would mean commitment—both timewise and monetarily—and that can get uncomfortable, especially for those who don’t want to bring God into the equation.

This tendency toward individualism and the shunning of roots and community come when “social conditions become more equal,” French political scientist Alexis de Tocqueville noted in his mid-19th century work, Democracy in America. It is then that people “owe nothing to any man” and “they acquire the habit of always considering themselves as standing alone.” This mentality can have its benefits, but it also serves to separate individuals from the very moorings they need to maintain connection and stability in life:

Thus, not only does democracy make every man forget his ancestors, but it hides his descendants and separates his contemporaries from him; it throws him back forever upon himself alone, and threatens in the end to confine him entirely within the solitude of his own heart.

We live in times when equality has achieved a prominence and an importance never before seen in this country, so judging by Tocqueville’s words, it really shouldn’t surprise us that we have so many lonely, lost, and disconnected individuals in our society. That’s a sad situation. But it’s not one that can’t be remedied.

The more we immerse ourselves in community—whether finding a church and getting involved, or sharing kindness and conversation with those at work or in our neighborhoods—the less we will be alone. But the best way to ensure we are not alone, as the little Irish poem above implies, is to make sure we are walking through life with God. Being on good terms with him not only gives us constant companionship with the Divine, it also opens the door for greater connection with other humans who walk the same path in following him, ensuring that we truly do not walk alone.