Protecting the Magic of Childhood 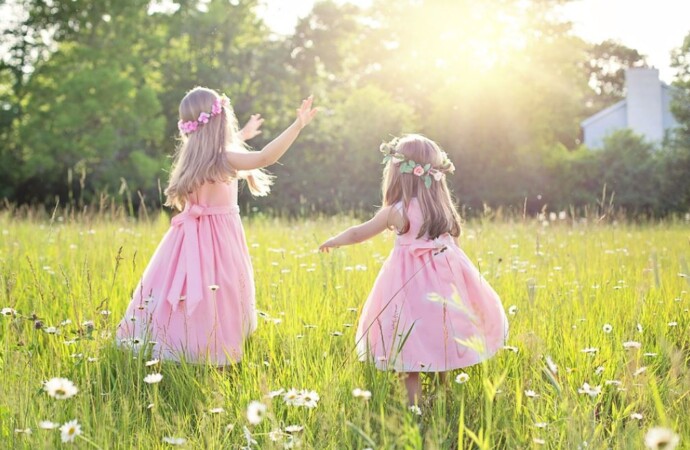 A couple of years ago, some friends and I were discussing the lottery. “When people ask me if I ever buy tickets, I tell them I already won the lottery,” one man said. “I was born in the middle of the 20th century in the United States of America.”

Roughly 70 years after that mid-20th century childhood win, I wonder whether my grandchildren and their contemporaries will be able to make that same claim.

For two years now, our kids have taken it on the chin with all the Wuhan flu restrictions such as masks and canceled activities. The lockdowns of schools damaged the education of these children, slammed the brakes on their social life, and left many of them depressed. To my knowledge, the advocates of these ruinous policies have never apologized for the damage they’ve done to this generation of kids. And I don’t see any of them getting in line to help our children now. Instead, it’s going to be up to parents, grandparents, teachers, mentors, and guardians to return childhood and adolescence to our young people. Here are some ways we can make that restoration a reality.

Let’s stop the fear. No one has any business teaching critical race theory or climate change to a six-year-old. No one has any right to make germaphobes out of middle-schoolers. Yet that is what some teachers and even parents have been doing. There are enough ghosts, goblins, and monsters under the bed of childhood without adding another bagful of boogeymen.

Let’s move the young ones away from screens. When asked in an interview whether his children loved the newly created iPad, Apple CEO Steve Jobs replied, “Actually we don’t allow the iPad in the home. We think it’s too dangerous for them….” Jobs understood that screens are addictive. They can be a great aid for research on school projects; they can allow kids to stay in touch with friends; they can provide constant entertainment, and they can even be wonderful babysitters for mom and dad, but those screens are also a drug that fires up the dopamine in our brains and makes addicts of those who overuse it.

Get the kids outside. I live in a neighborhood where the houses and big yards are surrounded by woods, and the quiet streets are generally flat and ideal for bicycles. From the trampolines, basketball hoops, and tricycles scattered around many of these houses, I know children live here; yet with the exception of one family, I rarely see any of them whipping down the streets on their bikes or hear them playing outside, even in the summertime. I can only surmise they hang out inside, playing video games and watching television. Spring is just around the corner, so let’s encourage our young people to spend more time outdoors.

Fill their hearts and minds with the good stuff. We have at our fingertips more than two millennia of fables, fairy tales, history, poetry, and stories that can enliven the imagination and point young people to the right path. If we want to raise healthy children, we should be feeding them these vitamins of our civilization the same way we insist they eat their broccoli or applesauce. “How do we encourage the next generation toward greatness rather than simply promoting compromise, concession, and conformity?” writer and editor Annie Holmquist asks in a recent essay on Intellectual Takeout. Her answer: “To train them in a solid set of convictions, strong enough to be worth dying for and poignant enough to be worth defending when no one else will.” It’s the good stuff of our literary heritage that can train children in just these kinds of convictions.

Enough said. Except for this:

“Childhood is not meant to be merely preparation for adulthood,” writes Ainsley Arment, mother of five and author of Call of the Wild and Free: Reclaiming Wonder in Your Child’s Education. It’s a time to be cherished, protected, and preserved. Our kids will have many opportunities for careers, discipline, and hard work. But they only get one childhood. Let’s make it magical.”

We—and only we—can give that magic to our children.