It’s Time to Stop the Stigma Against Homeschoolers 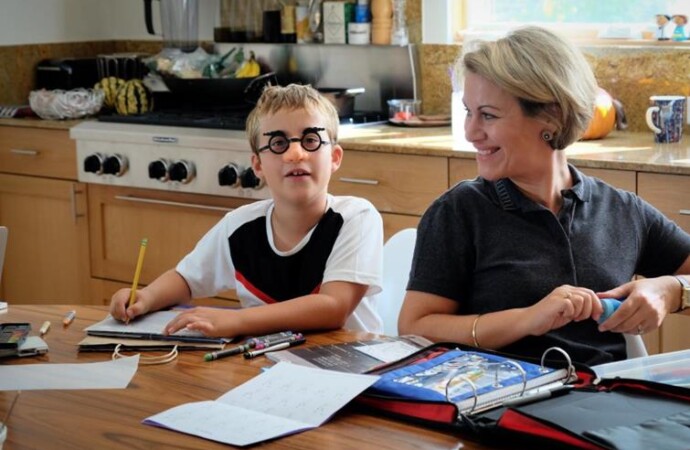 The Democrats in the Virginia state legislature have once again denied homeschool students the right to play on public-school sports teams. Perhaps even worse than the failure to pass the bill were the insults that accompanied the discussion, which writer and homeschool mom Ashley Bateman highlights in a recent article for The Federalist.

In some respects, this stance taken by schools and by legislators makes partial sense. Public schools field teams whose players are enrolled in those schools, whereas the loyalties of homeschoolers are divided between learning at home and playing sports for a school whose academic instruction they have rejected. Bateman reminds readers that homeschooling families pay taxes for public schools and should therefore be allowed to participate in school sports. On the other hand, all of us, even those who have no children, pay taxes to support public schools, so it could be argued that the paying of local taxes does not automatically earn one the right to participate in school sports.

Having said that, I am dismayed by these Virginia officials because of their ignorance and the accompanying insults some of them made regarding homeschooling. Bateman reports that some of these people described homeschoolers as lazy. She cites various polls and studies to counter that idea, demonstrating that homeschooled students score well above their public-school counterparts on standardized tests, in social and emotional development, and in the acquisition of life skills.

I would like to add to Bateman’s factual evidence counteracting such falsehoods by offering some anecdotal information on this topic. As our legislators seem to have mistaken impressions about homeschooling, so too might the public at large, and some insights from the inside may be helpful.

My wife, Kris, and I taught our children at home beginning in 1987. As they grew older, they attended classes in certain homeschool co-ops and took advantage of the dual-enrollment programs at local community colleges. They joined various sports teams, none of which were associated with public schools, and all of them played either soccer or basketball at the small college they attended.

My own children weren’t the only homeschool students with whom I interacted. I taught seminars for more than 20 years to homeschoolers, many of whom attended my classes for four, five, and even six years. They studied composition from middle school up to advanced placement (AP) literature, they worked away on Latin declensions and conjugations, with a few of them reaching the AP level, and they learned the basics of U.S. and European history, with many of them later enrolling in the AP courses I offered in those subjects.

A good number of these young people were then admitted to prestigious colleges: West Point, the Naval Academy, Chapel Hill, Duke, Baylor, Vanderbilt, Brown, Hillsdale, and more. Others opted for smaller liberal-arts institutions or for the trades, attending community colleges for everything from auto repair to computer programming.

And where are these students today? They are lawyers, welders, doctors, soldiers, investment counselors, hair stylists, coaches, teachers, and software developers. Some own their own businesses. Many of them are now married with children. One of them, Madison Cawthorn, is a member of the U.S. House of Representatives.

Were all of these young people outstanding scholars? Not by a long shot. But few of them could be accused of being lazy.

That accusation by the state leaders here in Virginia astounds me. It reveals that our legislators, who should be acquainted with the important matters brought before them, are instead quite ignorant, at least in the matter of home education.

I understood such ignorance 30 years ago, when Kris and I undertook to teach our children at home. When I took my kids to the library during school hours, for example, strangers inevitably asked me whether schools were closed that day. When I explained that we were homeschooling, I could almost feel their minds clicking out the labels: religious nut … right winger … anarchist. They knew little about home education or the blessings my wife and I and our children found in taking that path. I got that. They didn’t really know what homeschooling was.

But that general public perception has changed, especially in the wake of the COVID pandemic. Today millions of school-age boys and girls are receiving their education at home. Couple that statistic with the success of homeschoolers in college and in life, and the time for regarding home-educated youngsters as indolent, socially deficient, or freakish is long past.

Shame on those public officials for their ignorance and their insults.