Down the Tubes: Our Bungled Healthcare System 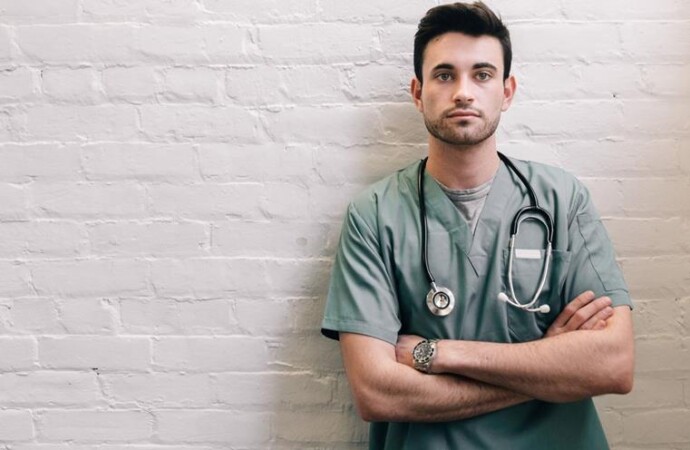 For a good while now, a California nurse, whom I’ll call “Sally,” has sent me occasional emails and texts regarding the abysmal state of our healthcare system, particularly in hospitals such as the one where she works. In a recent text, she told me that her hospital is having to ration certain medications because of supply-chain issues.

“We are now rationing Marcaine with epinephrine,” she wrote, having explained previously that these medications are used for pain relief following numbers of surgeries. She also noted that her fellow staff members are “apathetic to everything. They just grunt and move on.”

Inspired by her remarks, I googled “hospitals short of supplies” and found that she is not alone in her hospital woes. There are a number of articles and reports on the lack of pharmaceuticals, electronics, and even crutches and walkers. It seems that government health agencies and medical administrators have bungled the management of our healthcare system and patients are suffering as a result. Here are just a few examples.

Utah hospitals recently put out the word that they needed crutches, Dennis Thompson writes in U.S. News and World Report, asking citizens who might have them stored in closets to consider donating them to local hospitals. Thompson writes that these shortages are caused by supply chain issues.

Hospital staffing shortages were the subject of a December article written by Dave Muoio at Fierce Healthcare. “Altogether, the hospital subsector’s workforce has dipped nearly 90,000 people since March of 2020, according to preliminary November data from the U.S. Bureau of Labor Statistics,” he wrote. “Among nurses alone, the American Nurses Association expects there will be more than 100,000 registered nursing jobs available annually by next year.”

The shortage of supplies and staff along with the long hours have undoubtedly taken a heavy toll on the spirits of our medical personnel. Some institutional policies have also driven away healthcare workers. For example, I know of a fully vaccinated hospice nurse with 15 years of experience who recently resigned from her post. One reason she gave me for quitting was that she got tired of the daily rigmarole of being tested for COVID.

Our handling of the Wuhan virus pandemic has clearly damaged our healthcare system. Rather than allowing doctors and nurses on the ground to fight this war, bureaucrats dictated the rules ranging from masking to lockdowns to vaccine mandates.

Rather than allowing for open debate among experts on how best to treat the virus, those in the saddle mocked and canceled any dissenters.

Rather than allowing healthcare workers to make individual decisions about taking the vaccine—keep in mind, most of these folks were the same medical personnel who were “heroes” for working unvaccinated in the first year of the pandemic—healthcare administrators demanded universal vaccination. The result? Many workers resigned or were fired, leaving enormous gaps in the ranks of their fellow professionals.

So it seems, as my nurse-friend tells me, that American healthcare is going “down the tubes.”

Maybe we need a kind of healthcare that is more personal, more hands-on, more adaptive to local circumstances. Maybe we need to return patient care to where it belongs: in the hands of those who went into the field with a desire to help and to heal ailing individuals. Instead of decisions made from distant administrative offices or government bureaucrats, let’s put that power of care back into the hands of our physicians, nurses, and technicians.