Boats Against the Current: Taking Hopeless Times and Making Them Otherwise 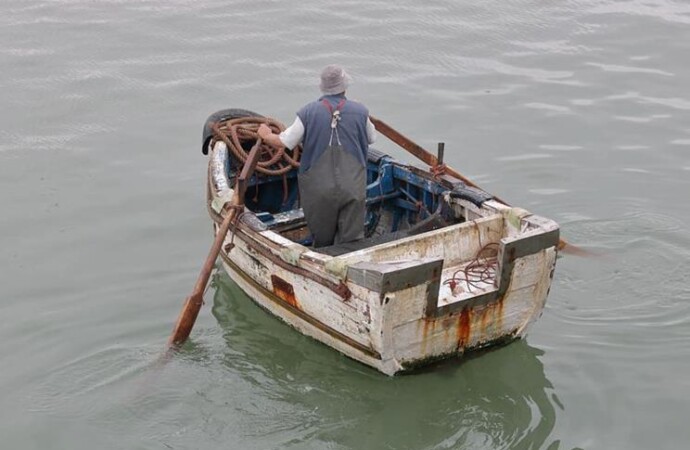 “The test of a first-rate intelligence is the ability to hold two opposed ideas in mind at the same time, and still retain the ability to function,” F. Scott Fitzgerald wrote in his 1936 essay, “The Crack-Up.”

Given that test, I’m afraid I would flunk hands-down. Here are some contradictory ideas that simply can’t co-exist within my cerebrum, at least not if I wish to retain the ability to function.

Gas prices in the United States are going through the roof. Meanwhile, we’re sitting on huge reserves of petroleum and natural gas, and have shut down many of our fossil fuel operations.

The Russians have invaded the Ukraine, and our government claims to be appalled by this. Meanwhile, for a year now our southern border has been as open as Aunt Caroline’s mouth when she takes her nap. Among the millions of people crossing that border—shouldn’t we call this an invasion?—there are apparently quite a few Russians.

Our president’s son, Hunter Biden, made beaucoup bucks serving as a board member for Ukraine’s Burisma, an energy firm plagued by corruption and scandal. Meanwhile, I’m not aware of anyone investigating that connection as a possible reason for our support of Ukraine and the diplomatic mess we’ve helped create.

These dangerous times certainly call for a strong American military. But the head honchos of our armed services seem more concerned about the environment, gender identity, and critical race theory.

In the last three years or so, the federal government has spent trillions and trillions of dollars on all sorts of dubious projects, including paying citizens not to work even after the lockdowns had ended. Meanwhile, some in the government want to blame our now massive rates of inflation on the supply chains that were cut off during COVID.

The policy wizards in our state and federal governments demanded that everyone, children included, receive an experimental vaccine with dubious preventative powers to ward off a flu bug. They ordered everyone to wear masks, again including school children. Meanwhile, the Wuhan flu spread like wildfire.

Murder rates in many major cities have soared in the last two years. Meanwhile, some politicians have called for defunding the police and have blamed these killings on guns rather than on the criminals who pull the trigger.

A man, Will Thomas, was a mediocre Ivy League swimmer until he decided to become a woman. After that magical transformation, he joined the University of Pennsylvania women’s swim team and began breaking records left and right. Meanwhile, those who apparently have charge of our eyesight demand that we see Will as female. Given that women don’t ordinarily come with a penis, this incongruity is hard to buy.

I need a trash compacter to squeeze all these contradictions into my skull, so, enough already.

For many months now, the news about our nation has brought my spirits lower than Joe Biden’s powers of cognition. In large part, the contradictions mentioned above seem like torpedoes aimed at sinking the American ship of state while at the same time driving ordinary citizens bonkers. Since January 2021, I’ve sometimes wondered whether it is I or the world that has gone mad. Maybe both. I imagine some of my readers share these murmurings.

One bright star, however, helps me retain my sanity. Often left out of that Fitzgerald quotation is the sentence that follows: “One should, for example, be able to see that things are hopeless and yet be determined to make them otherwise.”

Now there are two opposing ideas my brain pan can hold: feeling downhearted and defeated but willing to fight on. When I think of my children, my grandchildren, and my younger adult friends, I feel determined, one way or the other, to take those things that are hopeless and “make them otherwise” in any way I can. And again, I’d bet many readers daily summon up that same force of willpower to resist the lunatic inconsistencies that surround us.

Maybe I’d pass that test of intelligence after all.