Breaking Up Is Easy to Do (If You Shack Up First) 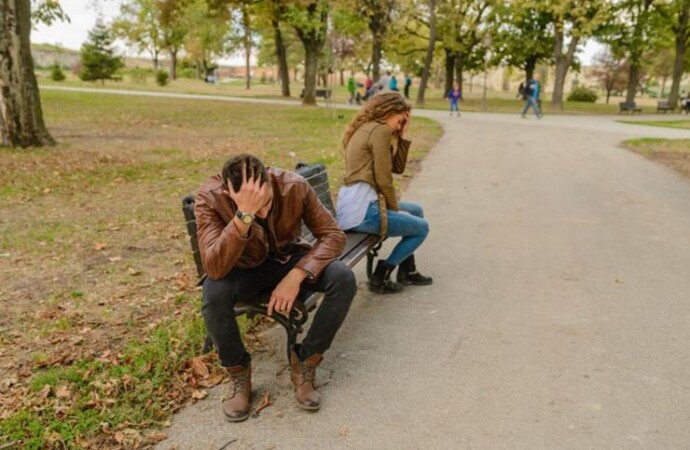 “Kim Kardashian is here!” my friend said in an excited stage whisper. Pulling my eyes off the major-league baseball game on the field below, I gave her a confused look. It was 2011, and I was still blissfully unaware of the reality TV star and her family.

After she explained more than I cared to know about the Kardashians, she pointed out that Kim was at the game because her fiancée, Chris Humphries, was throwing out the first pitch. As pretty much everyone now knows, Kardashian went on to marry Humphries, but the marriage didn’t last long. Today she is working on her second divorce, this time from Kanye West.

Kardashian recently commented on her most recent divorce in an interview with Vogue. (H/T Aaron Renn.) While I wouldn’t generally recommend learning from Kardashian’s example, her comments hold a valuable lesson for each of us about true happiness in marriage (though perhaps not in the way she intended).

“For so long, I did what made other people happy,” Kardashian told Vogue. “And I think in the last two years I decided, I’m going to make myself happy. And that feels really good. And even if that created changes and caused my divorce, I think it’s important to be honest with yourself about what really makes you happy. I’ve chosen myself. I think it’s okay to choose you.”

But why was Kardashian unhappy in her marriage to West? Any number of reasons could be the cause, but a recent article in The Wall Street Journal suggests one relevant possibility.

Writing about cohabitation and its impact on marriages, Brad Wilcox and Lyman Stone say “a growing body of research indicates that Americans who live together before marriage are less likely to be happily married and more likely to land in divorce court.” Cohabitation is extremely common today; many young people cohabit with one or more partners before they finally settle down in a marriage, thinking that living together is a good “dry run” to see if a marriage would work out.

Kardashian and West clearly cohabited, and it wasn’t the first cohabitation for either of them. The two announced their relationship in the spring of 2012, and by December of 2012 West called Kardashian his “baby mama.” The couple gave birth to their daughter North six months later, finally tying the knot 11 months after that. One has to wonder if Kardashian’s and West’s cohabitation choice played a major role in their breakup.

“How judgmental!” I can almost hear you say indignantly. But is it really? Is it not rational, common sense that puts two and two together? If you are going to cohabit, that means it’s likely you are focused on sexual desire rather than true love, and sexual desire, as C. S. Lewis tells us in The Four Loves, is all about self.

“Eros,” Lewis wrote, is “that state which we call ‘being in love,’” and “sexual experience can occur without Eros, without being ‘in love.’” Lewis further differentiates between true love and sex, writing that “Sexual desire, without Eros, wants it, the thing in itself; Eros wants the Beloved. The thing is a sensory pleasure; that is, an event occurring within one’s own body.” And then comes the clincher: “Without Eros sexual desire, like every other desire, is a fact about ourselves.” [Emphasis added.] True love, on the other hand, is all about the Beloved.

That’s a hard saying to hear in a culture that continually encourages an attitude of “me first.” But that may be exactly why happy marriages seem so few and far between today. When we focus on ourselves, our enjoyment, and our desires in a relationship, we’re naturally prone to choosing cohabitation before marriage. And if we start a relationship by choosing to focus on self, then it’s easy to continue that pattern and choose the same later when that relationship is no longer making the egotistic self happy.

Sadly, Kardashian is learning this the hard way … if she’s learning anything at all! But just because she may not learn from her sad, self-focused experiences doesn’t mean we can’t take heed and choose a different path for ourselves.