Taking a Breather From the Culture Wars Via Holiday Romance 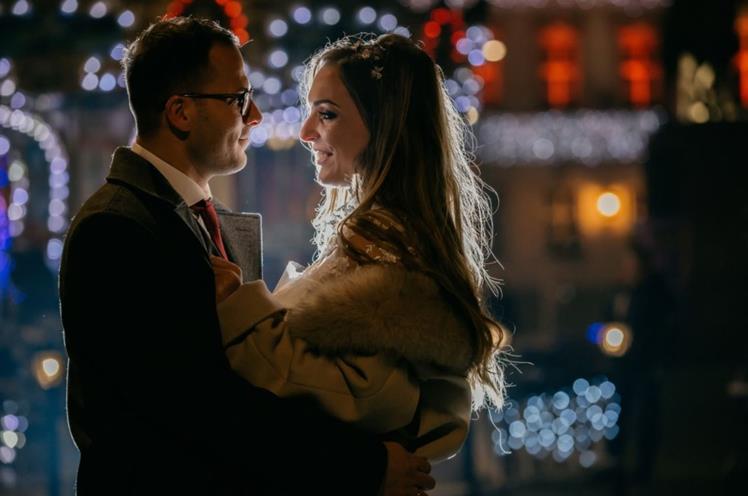 Good grief! What has happened to me?

In the past week, I read A Christmas Courtship, by Shelly Shepard Gray, intending to review this romantic holiday novel for the Smoky Mountain News before realizing it would be too late for the holiday shopping season. Not only that, but in some fit of madness I also watched two romantic holiday movies, The Christmas Card and All I Want for Christmas.

Me? Delving into the genre of romance? Had something snapped loose inside of me?

To make matters worse, in A Christmas Courtship one of the main characters, a middle-aged Amish bachelor seeking a mate, finds himself embarrassed when he turns to a romance novel seeking advice on courtship. And there I was, reading about his shame while reading a romance novel myself.

You see, I’m an old guy who lives alone. Why would I burn up precious time reading such a book and watching such films?

Okay, both the actresses were easy on the eyes, as they are in all such flicks. That’s one possible ulterior motive. But on the serious side, I think I read A Christmas Courtship and watched the two films because they offered portraits of normal people living normal lives. Here were men and women falling in love and overcoming the difficulties that threatened to keep them apart. Here were people sharing thoughts and advice over coffee, living their work-a-day lives and finding hope in family, friends, neighbors, and faith.

And here were stories that ended happily.

In these stories there’s no sign of political correctness, “woke” culture, Black Lives Matter, turmoil over gender and race, inflation, or the Wuhan Flu. Conflict with Russia? Not a whisper. A possible war with China? Nope. Murders, shootings, curses and obscenities? Nada.

No—these stories were wholesome, a word long gone out of fashion in our brave new world.

You might label my foray into romance fiction escapism, and I would agree if we define escapism as breaking out of the prison of hate-filled politics, government boobocracy, and ugly, divisive headlines that so disfigure today’s public life. In reading this romance and watching these films I left behind the iron bars, stone walls, and barbed wire our mainstream media, PC Red Guards, and nosy officials have thrown up around every one of us. Instead, I hied myself off to places where people conversed without once asking, “Are you vaccinated?”

This excursion into the world of romance did wonders for my vision, reminding me that love, affection, and humanity count for much more than the current turbulence and wickedness in our world.

Here’s an example: in the midst of my tango with romance, a young married couple invited me to supper. Seated at their dining room table with them and their three small children, I felt surrounded by a sweet cloud of family and friendship. Later that evening, praying as I do for my grandchildren, I saw them each as luminous mysteries eagerly embracing life.

Do not mistake me. I am not some optimist blind to the trials that lie ahead of us. Whether we know it or not, we’re fighting a war in this country for liberty, for our Bill of Rights—we just reached the 230th anniversary of that document—and for the future of our young people. This war will not end quickly or easily, no matter who is elected president or controls Congress, but will instead be an uphill slog for years. Those who would unjustly govern us rather than allowing us to govern ourselves have spent decades taking over many of our institutions and will not give up their power without a fight.

But my time away from the battlefield, my Hallmark R&R moment, reminded me of what we’re fighting for. There’s more at stake than just a set of principles, some invisible ideals floating bodiless in the ether around us. Soldiers on a battlefield may fight for grand causes like liberty and justice, but even more ardently most of them are battling for their loved ones, their homes, their way of life, and their comrades on the field.

And so are we.

At any rate, here’s a tip of the hat to romance literature and movies. And the next time I need another furlough, I know just what to do.

Anyone up for The Lost Valentine?