Pushing the Pause Button on Profanity 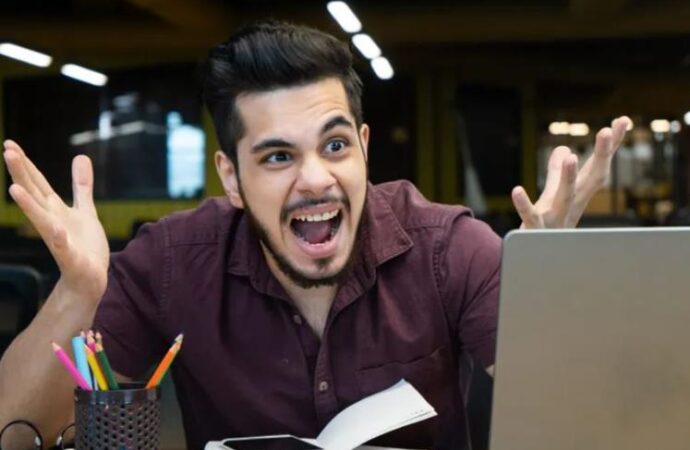 While out on an evening walk in a local park, I heard a fellow walker coming down the path behind me, talking on his phone. His tone was even-keeled and calm … but it seemed like every fifth word was an expletive, uttered in the same calm manner.

I cite this incident not because it’s out of the ordinary, but because it is, in fact, very ordinary. It seems one can’t go through a day—or even an hour—without hearing someone use words related to bodily functions or religious terminology in an angry, flippant, or even nonchalant way. What once was the vocabulary of sailors, not to be uttered in a lady’s presence, is now what spews from many mouths, including female ones.

The mainstreaming of profanity, and the implications that it brings, is disturbing on many levels. Despite this, I was recently struck by how those who want to advance the good, the true, and the beautiful can combat this trend and even turn the situation into an encouraging endeavor.

The idea that profanity has increased in the world is not just a figment of imagination. According to a 2017 study headed by psychologist Jean Twenge, books published in the mid-2000s were 28 times more likely to contain a list of seven specific swear words than they were in the 1950s. In all likelihood, the same can go for movies and television as well. To test this, all one has to do is pull up a modern movie and time how long one can watch without hearing profanity. If I were a betting girl, I would wager a person couldn’t get through five minutes of a film—and that might be generous.

This increase suggests several things, the first of which is a decline in intelligence. Those who approve of vulgarities are fond of touting studies showing that the opposite is true, namely, that highly intelligent people are capable of a wide range of colorful profanities and don’t have “poverty-of-vocabulary.” However, true intelligence includes tactful awareness, and as an article in Scientific American explains, studies suggesting that swearing is a sign of heightened intelligence “tell us nothing about how speakers use taboo words, just what they would be capable of saying if they chose to use them.” As such “those with greater verbal fluency” may actually “swear less because they have the lexical database required to actually express themselves in other ways.” Thus, as we hear our profanity quotient increasing, it seems probable to suggest that vocabulary and knowledge are decreasing.

Second, profanity shows the state of our innermost being. Although vulgarity is now offered casually, it often comes hand-in-hand with anger. This fact is most easily seen in the expletives regularly leveled at today’s leaders (regardless of party). The fact that these expletives are also often sexual in nature may lend insight into anger expressed through profanity, for lust, desire, and pornography usage are often at the root of angry tirades. A wise old book tells us that “out of the abundance of the heart the mouth speaketh.” If such is the case, does it not seem that the heightened profanity is a sign of an angry and lustful national character?

Finally, society’s high level of profanity is something that is used to take down our country. In 1958, W. Cleon Skousen listed 45 goals the communists had in hopes of eventually overthrowing America in his book, The Naked Communist. No. 25 on that list reads, “Break down cultural standards of morality by promoting pornography and obscenity in books, magazines, motion pictures, radio and TV.” A simple walk down the street amid a profanity-laced culture seems to demonstrate that this goal has been accomplished.

Yet, this review of the facts isn’t to make us depressed that we have become a dumb, angry country that is occupied by the enemy ideology of communism. Instead, it gives us a glimpse of one small thing we have control over in this out-of-control country: ourselves.

When average individuals despairingly wonder what they can do to make a difference and save our flailing country, one thing any person can do is clean up his own mouth. Anger, frustration, and baseness don’t have to come out through our words. They don’t have to dwell in our minds, either, and one good way to boot them out of the mind is not to listen to them. Turn off that TV, radio program, or movie that freely throws profanity around.

Reclaiming our country starts small. Let’s start that small effort by watching what comes out of our own mouths.