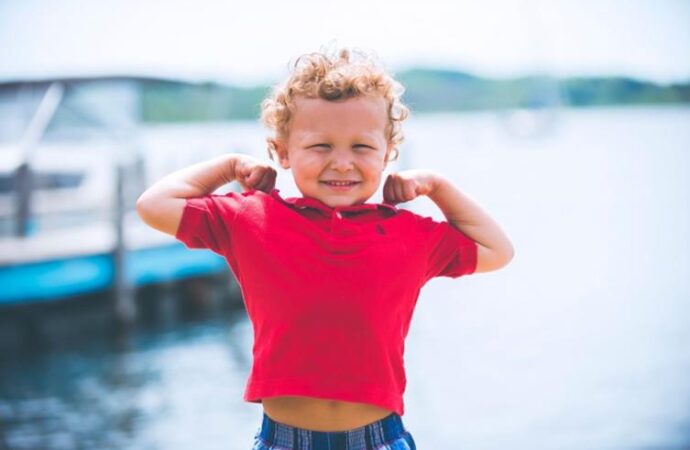 In mid-November, students at Eastern Illinois University took two days off from their rigid academic schedules for R&R.

University administrators and faculty members provided their young adults with a festival of ice cream, cocoa and cookies, coloring books, yoga, affirmation cards, and yes, trikes and LEGOS. All this, writes Alex Parker at RedState, because it was feared that students were fading in the face of their arduous assignments and COVID-19.

Parker contrasts this event with another one that took place almost 80 years ago on the beaches of Normandy, when young men who were roughly the same age as these students charged from their landing crafts into the face of deadly enemy fire, many of them dying from bullets or drowning. Yet they persevered and won the beach and the war.

This contrast should raise a huge question: How does the coddling of these university students with trikes and hot cocoa prepare them for the real world—a world which is promising to be much tougher than that which their parents faced?

Soon, very soon, they will graduate and compete for jobs, deal with office deadlines, and be forced to exert themselves in a world that would laugh at the use of trike rides and crayons to relieve stress.

Twenty-one years ago, I picked up my daughter and three other first-year students and drove them home from their college in Virginia for Christmas break. They had just finished final exams for the semester and looked like the walking dead: pale, groggy, burdened with suitcases and backpacks, close to collapse. On the six-hour drive south, they spent part of the time discussing an exam question asking whether a dog has a soul—who could forget such a conversation? For most of the ride, however, they slept, exhausted by their ordeal.

And that’s the way it’s supposed to be.

Young adults need to be pushed to their limits and to handle stress, not be treated like children coming off a bad day in fourth grade.

Instead of creating a carnival of “Big Pink Volleyball” and “Spa-On-The-Go Kits,” I would suggest that university officials bolster these wilting souls by having them read Jocko Willink’s Way of the Warrior Kid book series.

A renowned podcaster, author, speaker, and ex-SEAL, Willink has written three books aimed at late elementary to middle school kids, which means college students should have little difficulty reading them. In each of these novels, we meet Marc, a boy struggling with the usual adolescent problems—schoolwork, bullying, responsibility—and his Uncle Jake, a former SEAL who pushes Marc to excel mentally, physically, and morally. He introduces his nephew to judo classes, takes him on morning runs, and has him doing pullups until he’s exhausted, all the while offering him advice on living with honor and following the right path.

Marc takes Uncle Jake’s advice to heart and shapes it into a Warrior Kid code, which includes such precepts as these:

The Warrior Kid trains hard, exercises, and eats right to be strong and fast and healthy.

The Warrior Kid treats people with respect, doesn’t judge them, and helps out other people whenever possible.

The Warrior Kid stays humble, controls his ego, and stays calm. Warrior Kids do not lose their tempers.

In short, Jocko Willink’s Warrior Kid is not a wimp.

Those who are truly “woke” right now understand that our country is entering hard times. Our economy is in turmoil, our public educational system is falling apart, our own government seems intent on reducing our liberties, and we are facing international conflicts with countries like Russia, Iraq, and China.

Those who are old, as I am, may escape some of the mess that lies ahead of us, but the young will need strong hearts and stiff spines to fight the battles awaiting them. When we fail to train them to face the challenges coming down the road, when we think we’re doing a 21-year-old a service by letting him remain an adolescent, we are making a grave mistake.

Tough times may make tough people, as the old saying goes, but tough times can also devour weak people. If we want the best for our children, we’ll give them the tools required to survive and overcome the ordeals of the future.