Indicators Show Totalitarianism in America Is Just Around the Corner 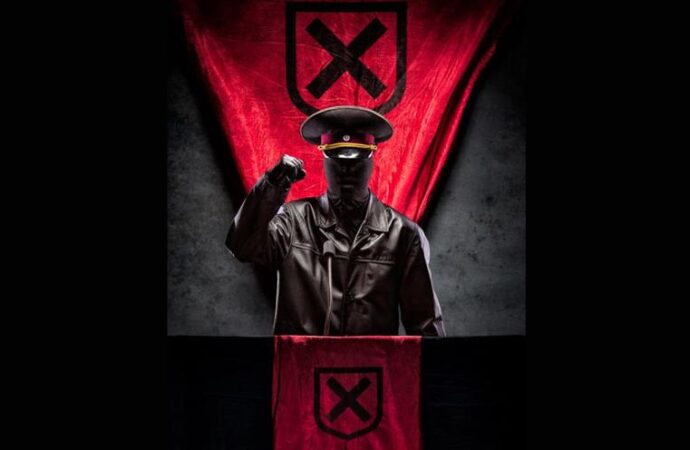 “NYC, what is it about you?” the old song from the musical Annie starts, going on to say, “No other town in the whole forty-eight can half compare to you.”

It seems New York City is doing its best to keep this reputation of uniqueness intact with its rollout of what Mayor Bill de Blasio “called a first-in-the nation vaccine mandate for private companies.” Employees of any private NYC company will have just three weeks to get the official jab in order to keep putting food on the table, a New York CBS affiliate reports.

Such an announcement will likely bring panic to some and rejoicing to others. But regardless of the camp you find yourself in, this announcement provides a clue … a clue to where we are in the march to totalitarianism.

Urging other state officials to follow in his footsteps, de Blasio and his team of expert helpers touted the benefits of the mandate. Particularly noteworthy is the statement by Dr. Zeke Emanuel, who said that “getting the unvaccinated vaccinated is critical to getting our control. We know that will not happen voluntarily.”

The operative word there is “control.”

De Blasio and his cohorts seem not to have learned that such vaccine mandates are quite ineffective at controlling the virus for a couple of reasons. First, they are ineffective at the government level because courts are increasingly calling their constitutionality into question. This was recently seen both in the mandate for companies with more than 100 employees and the mandate for health workers at hospitals receiving federal funding, which have been halted by judges responding to the multitude of lawsuits filed over the issue.

Vaccine mandates are increasingly unable to control things on the health and medicinal side as well, simply because the vaccines themselves are proving more and more ineffective, a fact former New York Times journalist Alex Berenson documents in his new book, Pandemia. Putting trust in vaccines was a problem from the beginning, Berenson explains, for even the trials that the drug companies used to test the vaccines in the early stages were flawed, giving an unclear picture of the shot’s true effectiveness.

Instead, Berenson writes, the trials showed that both vaccines from Pfizer and Moderna “cause serious side effects in many people, especially after the second shot.” Berenson likens “the sudden collapse of the mRNA vaccine efficacy in the summer of 2021” to something out of classical literature where hubris gets its comeuppance in a harrowing way.

Yet as these attempts to control the virus through mandates fall apart on different levels, government officials, such as those in New York City, persist in seeking to “control the virus” through vaccine mandates. What they may or may not realize, however, is that in their quest to control the virus, they seem to have fallen prey to wanting to control the masses whom they apparently view as their subjects.

It is this desire to control that gives us a hint as to where we are on the totalitarianism timeline. The good news is, judging from philosopher Hannah Arendt’s book, The Origins of Totalitarianism, that we aren’t quite there yet. The bad news is that our leaders have a thirst for totalitarianism and are inching ever closer. It is these same leaders—our elite—that Arendt says are “attracted by the momentum of totalitarianism itself; the masses have to be won by propaganda.”

Arendt goes on to explain the role control plays in a regime of true totalitarianism:

Wherever totalitarianism possesses absolute control, it replaces propaganda with indoctrination and uses violence not so much to frighten people (this is done only in the initial stages when political opposition still exists) as to realize constantly its ideological doctrines and its practical lies.

Given that statement, it would seem we—particularly New York City—are only in the opening act of totalitarian rule. Clearly political opposition to vaccine mandates still exists and as such, government officials are using propaganda and attempting to strongarm the citizenry through fear—fear of the virus, fear of losing a job, fear of ostracization. When the government gains the full control that right now it is grasping so hard to get, we will know by the fact that propaganda is replaced with indoctrination and violence is used to realize its ideologies and lies.

Those who have gone before us and witnessed totalitarianism unfolding before their eyes—such as Hannah Arendt—have left warning signs and indicators of totalitarianism as it emerges. The question is whether we will have eyes to see, courage to fight, and wisdom to even care enough to rally the troops and herd them away from the cliff.