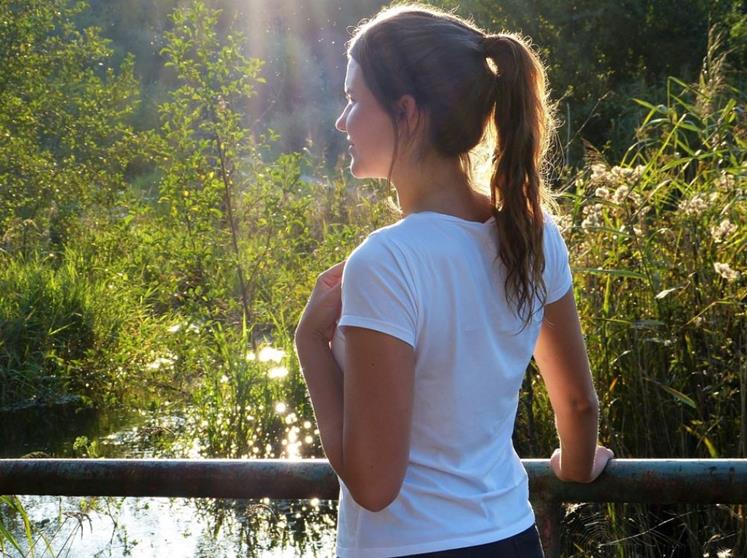 Today’s world is so full of fools who have turned the world into a chaotic mess, that the most basic, common-sense statements become nuggets of profound wisdom. I almost stood up and cheered when I came across one of these the other day.

The statement in question was made by Abigail Shrier, an Oxford and Yale-educated lawyer turned independent journalist. Shrier is perhaps best known for her 2020 book Irreversible Damage: The Transgender Craze Seducing Our Daughters, a topic which hasn’t exactly won her many friends in the politically correct stratosphere.

Shrier kept her non-politically correct reputation intact during a recent speech to Princeton students, in which she took polite swipes at our illogical society. Yet her speech didn’t just snipe at what was wrong with the world; it also offered five ways to return to sanity. Shrier’s advice points toward a life lived with purpose, rather than as just another automaton marching in lockstep to the drumbeat of the political and cultural elites.

1. Get Married. Official CDC numbers show that the number of marriages per 1,000 people have declined from eight to six in the first two decades of 21st century alone. This is down from more than 16 marriages per 1,000 people at the close of World War II, The Hill recently reported. Educational choices and greater financial independence for women drive this decline, but it’s also likely that fear—both of divorce and of risk-taking—contribute.

Yet those who avoid marriage are missing out, Shrier said. “You feel that frisson” or thrill in life “when you choose a person to commit yourself to, knowing full well that any marriage may fail.” Committing is a risk. Those who don’t commit will escape marriage difficulties, but in doing so, they forget that difficulties are what makes someone a better person. Those who do commit get the thrill of companionship and of looking out for someone besides themselves, along with the knowledge that traditional families make the world a better place in general.

2. Have Children. Birthrates are taking a beating along with marriage, and 2020 saw U.S. births reach their lowest point ever. Understandably, a world in chaos isn’t exactly the environment people want to bring a child into. Children are also a lot of work and even put parents at a disadvantage monetarily and timewise.

But Shrier said that having children is still one of the most thrilling, purposeful moments of life, even though, she added, “when you bring children into a world where there are no guarantees of their safety or success.” Children are an eternal investment. They bring joy, laughter, and even an opportunity for self-reflection—a mirror for your faults and an incentive for self-improvement in order to be a good role model to the little watching eyes.

3. Work Hard. Great purpose comes “when you summon the courage to fashion a life, something that will remain after you are gone,” Shrier said. There is a joy that comes from working with your hands at something meaningful, not only for your family, but for the world in general.

Landing a job in the corporate arena is considered the epitome of success. But sometimes those who have the most impact in life are those who do the simple things, doing their best to brighten their little corner of the world. As the classic Christmas movie It’s a Wonderful Life demonstrates, the small things in life—such as providing daily meals for your family, befriending a neighbor, or volunteering at church—if done faithfully, can have a greater impact for good in the world than we will ever know.

4. Be Principled. “Speak[ing] the truth publicly—with care and lucidity,” is the fourth thing that Shrier said gives her purpose in life. Speaking truthfully can get a person in major trouble these days via cancellation, job loss, or other things. Yet there is nothing like knowing you spoke the truth regardless of the cost.

5. Don’t Be Bought. In conjunction with the above point, many are quick to cave or sacrifice their principles either for monetary gain, personal safety, or even to retain a good reputation in “woke” society. But by being principled and telling the world, “you cannot buy me with flattery,” Shrier said, also gives life greater meaning and integrity.

There’s a commonality in each of the points Shier made: each involves an element of being selfless or self-sacrificing. To marry and have children one must give of oneself continually, both in order to maintain the conjugial relationship and ensure that the little ones survive. The same goes for working with your hands and helping others. And when it comes to being principled and avoiding flattery, you must lay aside your own good opinion of yourself as well as the opinion others have of you in order to do right.

But then, isn’t that what life is all about? Laying down self for others?

A wise person once told us that laying down our lives for others is a sign of the greatest love. Perhaps it is that reason alone why Shrier finds so much more life purpose in these things than in “marching lockstep” and “obeying the algorithm.”