This Is Why I Ran 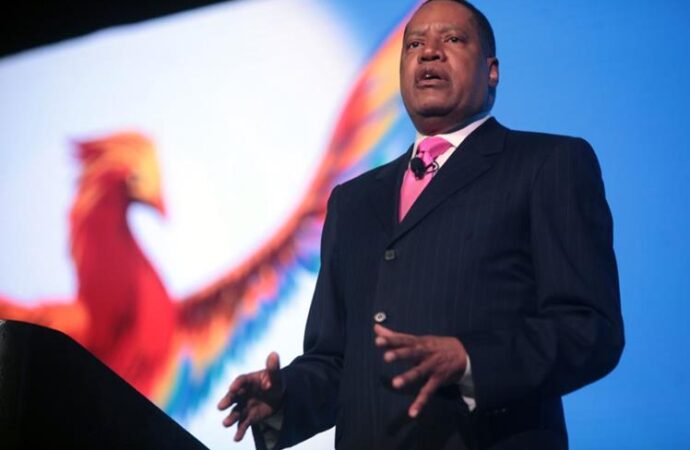 During and after my unsuccessful eight-week campaign for governor of California, I received many letters and tried to reply to as many as I could. These stood out.

Hi, my name is Henrique Del Monte (not his real name) and I am incarcerated at Corcoran State Prison (in California), where I am serving a 27-year prison sentence for multiple crimes I did not commit.

I have been incarcerated since I was 16 years old and today I’m 28 years old. The reason I’m writing you is because I admire and greatly respect what you do and what you want to do for this beautiful country. I am a Christian who believes that the moral fabric of this nation is being literally torn apart.

I watch your show here in prison; yes, I have a TV in my cell and your show comes on the NTD/Epoch Times channel. I never paid attention and never really even cared about this nation until one day I kept hearing all the fuss about Donald Trump and the Republicans.

I decided to see for myself what was going on and I believe that if Christians do not stand up and sound the drum like in the Bible—like what you were doing—then this nation will go from a free and blessed country into a communist, cursed country.

So yeah, Larry, you’ve recently “lost the battle,” like you said. But you also said, “We will win the war.” Keep going. Fight for this country. Out!

I just want to tell you that I think your vision for California is brilliant. My sisters and I would really benefit from school choice. From what my mom and grandfather told me, you don’t support the mask or vaccine mandates.

I’m going to high school, and I don’t want to wear a mask like I was forced to do in junior high. Nobody wanted to talk to each other, and, after a while, I decided not to go to school. I opted for virtual school. It’s not how I pictured I would end junior high school. My family fully supports you and we hope you win the position of governor of California.

My mom wants to move out of California because of Gov. Gavin Newsom. I hope that you win so we won’t have to move. And please take the mask rule away. It’s very dumb, and I don’t like wearing the mask at all. I just want things to go back to normal.

We really would like you to win the recall in California. My name is Aiden and I am 11 years old, and from New Jersey.

I’m very interested in politics and watch you on Fox News. I asked my daddy to take me to a school board meeting, which he did. There are eight people running for our school board and we want the right people to be elected.

I really hope you win.

Hello! My name is Caleb. I am 13 years old and in the eighth grade, and I live in Meridian, Idaho. I choose to write this letter to you because it is amazing what you were trying to do in California. It is one of the most liberal states in America, and you were trying to do something to set things straight. I was wondering what personally inspires you, whether it be God or family or something else. Also, what are you going to do now that the election is over? I want to thank you for inspiring me to speak about what’s right, no matter the circumstances.

I’ve been asked many times why I decided to run, even though I knew it would be, to say the least, an uphill fight. This is why.