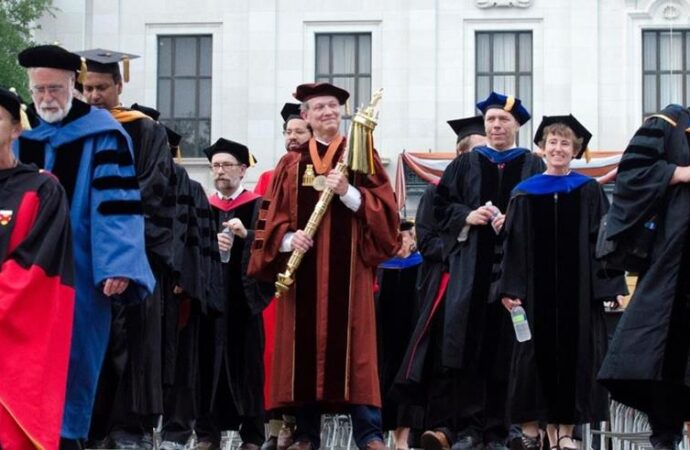 There is little doubt that Glenn Youngkin would have lost the Virginia gubernatorial race if he had not attacked Critical Race Theory and rejected the mindset that says boys must be treated as girls if they identify as female. In Loudon County, that mindset reportedly led public school officials to shelter a “skirt-wearing male student” who raped a 15-year-old girl in a “gender fluid” restroom.

It’s good that Youngkin took up those issues to win that race. But if the many Americans appalled by poisonous ideas like Critical Race Theory and Gender Ideology are going to prevail in the long run, we will need to do more than win occasional political victories. We will need to make sure that the politicians we elect use the political power we have given them to go after the miscreants who cooked up and peddled those poisons in the first place. And there is no place so thoroughly committed to pushing those poisons as America’s sacred halls of higher education.

The idea that higher education is the source of these poisons is something that Ohio Republican and 2022 Senate candidate J. D. Vance addressed in a recent speech on the theme that universities are the enemy. Recounting the event, author Rod Dreher candidly confessed that he “would have thought that was a crazy idea” not that long ago, but he no longer does.

While it may be a new idea to Dreher, conservatives have considered universities one of the enemies for decades. Sam Francis underscored this idea, writing that “conservatives . . . need to understand that the people and forces now in power in this country—in government, the culture, and Big Business—are the enemies of the real America and the real civilization of the West.”

Building on this idea, I urged conservatives back in 2013 to oppose the academic-industrial complex, which has grown rich by drowning Middle Americans in debt, all while teaching all Americans to hate their country, and specifically teaching white Americans to hate themselves. “Many colleges have become incubators of cultural Marxism,” I wrote in that column, adding that it was “a fair debate whether the academy, Hollywood, or the mainstream media has done more to degrade American culture.” The thing to note, however, was that people were not bequeathing their estates to MSNBC or Miramax, but they were contributing billions to the academy:

According to the Council for Aid to Education, Americans gave $30.3 billion to higher education in 2011, and this number is rising. There is a better way to treat institutions that now despise what they were founded to do.

Fast forward to 2017 when a proposal to tax investment income earned by private universities with endowments of more than $500,000 per student was launched. Not only did I welcome the proposed tax, I applauded the report that the measure was politically motivated, for it was “a small sign that some Republicans [were] beginning to understand that politics involves rewarding friends and punishing enemies.” There is little doubt that higher education is wholly inimical to conservatives. And I urged Congress to go much further than imposing the tax, such as making university presidents “come to Capitol Hill to justify what their colleges charge students.” Hearing those justifications might reveal to the American public what the goal of higher education really is.

With luck, some enterprising politician will take up this suggestion and start applying the same sort of relentless critique to the academy that the academy has been subjecting America to for decades. It’s long past time to take off the kid gloves when dealing with the higher education system.