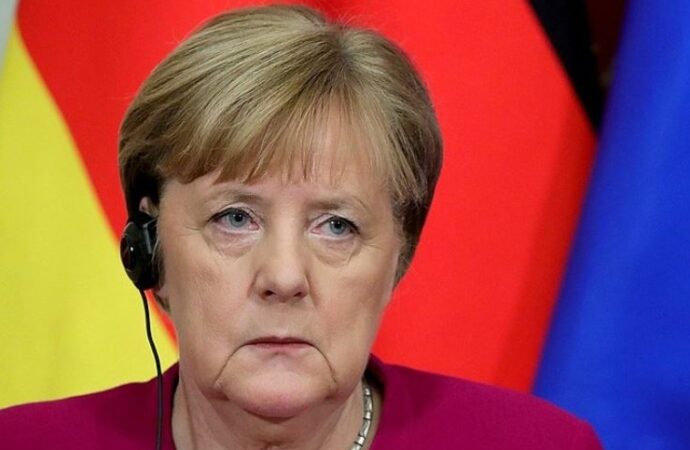 Federal elections rearranged Germany’s 709-seat Bundestag last week in what has been heralded by the mainstream press as the end of an era. In reality, the new governing coalition led by the country’s social democratic and green parities will change little in the country’s foreign and security policy.

The new team will remain staunchly opposed to any form of sovereign decision making—probably even more so than its disastrous predecessor, led by Angela Merkel—and the migratory onslaught from the Third World is certain to continue unabated.

Thus in the German elections we see a continuation of what is likely to become the standard among other democratic Western nations, including the United States: a relentless line of concessions to the “woke” progressive left.

We have seen and read a lot of nonsense about the German election campaign and aftermath: that it marks the end of an era, and that the Federal Republic is entering a new epoch. That is rubbish. Yes, we have the end of Merkel’s career, and this is seen by most Germans as good news. Nothing of substance has changed, however.

Six parties will be represented in the 20th Bundestag. Four of them belong to the reigning political establishment, which is solidly multiculturalist, leftist, and globalist regardless of party name. This establishment firmly controls the government bureaucracy, the media, the money, the culture, and most aspects of ordinary Germans’ everyday lives.

Merkel’s Union coalition (Christian Democrats, CDU, and their Bavarian counterparts, CSU) is the big loser of Germany election, having scored just over 24 percent, its worst showing since 1949. The Union is described as “center-right” but that designation is misleading: they are about as authentically “right” as Utah Senator Mitt Romney or United Kingdom Prime Minister Boris Johnson. The Union’s new leader, Armin Laschet, paid the price for Merkel’s unwillingness to leave office earlier. Hardly an inspiring leader himself, Laschet would have lost even more badly were it not for the ideological insanities of the parties to the Union’s left.

The winner, almost by default, was the Social Democratic Party of Germany (SPD) leader Olaf Scholz.With 25.7 percent of the vote, the SPD recorded its best result since 2005 and emerged as the largest party for the first time since 2002. It will be the dominant party in the new tripartite red-yellow-green coalition with the Greens and Free Democrats.

The SPD’s major partner will be the Green Party, the wokest of all major European parties. An insane outfit that relentlessly promotes population replacement and sexual deviancy, the Greens claimed 15 percent of the vote. The failure of the Greens under their would-be Chancellor Annalena Baerbock to do even better is a first-class tragedy for the corporate media machine.

The third coalition partner in the SDP-led government will be the “business-friendly” Free Democratic Party (“the Liberals”), which gained just above 10 percent of the votes. Best described as embodying the German equivalent of the milquetoast false conservatism of Mitt Romney, with a touch of neoconservative Russophobia, the Liberals will keep some of the Greens’ lunacies in check, thus preserving the mirage of a functional political system.

With the Union playing the role of ever-so-loyal opposition, this quadropoly will be more solidly in control of every aspect of Germany’s political, economic, and cultural elements than its equivalents in any other major Western country. With the right-wing Alternative for Germany (AfD) reduced through demonization and police surveillance to a little over one-tenth of the electorate, the scene is extremely grim. For each of the regime parties it an act of faith to declare that it would not include the AfD in any coalition under any circumstances. Likewise, The Left Party (Die Linke), which won five percent of the vote and is the successor of the former East German ruling Socialist Unity Party, is also not considered a suitable partner by the four establishment parties in any scenario.

Merkel’s 16-year tenure has been marked by massive violations of the law—notably during the 2015 migrant crisis and the euro bailouts—and by the self-destructive energy policy which gave up on nuclear power plants and coal in the name of dubious science. Merkel’s claims of “no alternatives” for her fiats have further destabilized and undermined an already fragile society. Her successors Annalena Baerbock and Armin Laschet stand for the exact same policies, provenly disastrous though they are.

The Quadropoly sings in unison on migration, COVID restrictions, climate change, and denying debate. Merkel’s legacy is her unprecedented determination and disastrous consistency in all those respects and more. Of course, the dark omens were already visible under Helmut Kohl, or Gerhard Schröder at the latest. Merkel merely perpetuated the fashionable Zeitgeist of end of 20th century Europe, the collective death-wish of a spent civilization. She epitomized the majority of the German electorate: supine, physically comfortable, intellectually lazy, and morally bankrupt.

It is a tragedy of world-historical proportions.