The Koch Billionaires Jump Into the Critical Race Theory Debate 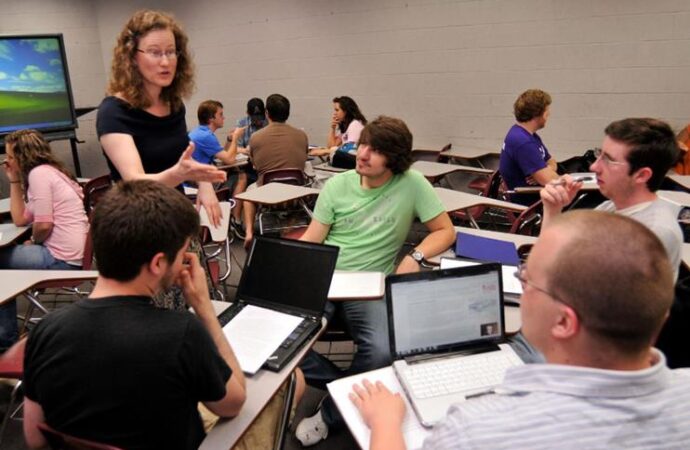 The billionaire Koch family—long a funder of conservative political causes and favorite whipping boy of the left—recently announced its opposition to government bans on teaching Critical Race Theory (CRT) in schools, a fact which does not sit well with many on the right. In light of this recent announcement, we present a continuation of a debate on whether CRT should be banned by prominent scholars Walter Block and Paul Gottfried.

I consider Paul Gottfried a friend and I thought we would agree upon 99 percent of all issues in political economy. However, I recently learned that we diverged on the issue of whether CRT should be banned from institutions of higher learning.

I argued my case for allowing CRT to enter colleges based on two considerations: John Stuart Mill’s On Liberty, and on the assumption that if we cannot hash out controversial issues in universities, we shall all be the poorer for it.

Our first disagreement concerns my claim that students will be unable to wrestle with CRT if it is banned. Gottfried counters by suggesting that banning CRT will not prevent wrestling with the doctrine, as the entire culture is immersed in it.

I certainly agree that, given the prevalence of this pernicious doctrine, disallowing discussion on campus will not “deny students and professors the opportunity to ‘wrestle’ with this doctrine.” But by definition they will not be able to do so at university. These ideas will not “vanish,” but our opportunity to refute them will be greatly diminished. To entirely banish discussion of a viewpoint from college discussion undermines much of higher education’s reason d’etre.

Our second divergence involves his claim that, “Contrary to Block’s thinking, CRT is not something ‘similar to Marxism,’ because it stresses ‘bellicosity.’” CRT is “far less rational than Marxism,” and blames whites for everything, Gottfried says.

I never claimed that CRT is similar to Marxism due to the “bellicosity” of both. Both are similar because each falsely accuses an innocent group of people of great rights violations and economic loss. For CRT whites get the blame, while for Marxism it is capitalists. That is the main difference between the two. Just because there are differences between two things does not mean there are no similarities.

Gottfried mentions Professor Derek Hook of Duquesne University who said that whites are so evil that they should be encouraged to commit suicide. Should all college instructors be forbidden from mentioning the view of Professor Hook? It seems problematic to tie the hands of other college instructors to quarrel with Hook on this matter. Surely, Hook should not be allowed to get away with this view without ridicule and rejection on campus.

I also can’t understand why Gottfried claims that my citation of Mill’s On Liberty is “entirely misleading.” Gottfried is correct in contending that “Mill supported open, not ideologically restricted, debate on political and philosophical issues,” and that “the advocates of CRT … are engaged in shutting down all conceivable opposition” by calling that opposition racist. Yet I see no justification in handcuffing opponents of CRT, just because advocates of this pernicious philosophy engage in ideological restrictions. My proposal is only that CRT be discussed, fully aired, and rejected, not that its supporters be allowed to shut off all criticism of it on grounds of racism.

There is also a disanalogy between my proposal that CRT be allowed to be debated in the U.S. and “the teaching of Nazi race theory in German universities during the Third Reich.” In the latter case, no deviation from this party line was allowed. At present, even though most universities are in possession of the left, I believe discussing CRT will bring its rejection.

We can have our cake and eat it too: allow CRT into the universities without the tyrannical accoutrements they demand. That university administrators would not allow “open academic discussion to white nationalists, Christian fundamentalists…” is true but irrelevant to the question at hand. We should of course also support, for example, the examination of the important publications of Charles Murray, who is now all but frozen out of academia.

I am also uncomfortable with my colleague’s rejection of “celebrating an abstract ‘liberty.’” Why the scare quotes for the “L” word? Surely, liberty should always be our guide in discussions such as this one.

However, let me conclude with our profound agreement. I have no doubt I can put these words into Gottfried’s mouth: both CRT and Marxism are a serious threat to civilized order, and should be denounced, refuted, rejected. My friend and I only disagree as to the best way to accomplish this task.

The open discussion that Walter Block has in mind cannot take place because teachers and professors who question the validity of CRT are being chastised and even expelled for their efforts. This is happening just about anywhere that a dissenting response to antiwhite race theory has surfaced in our denatured institutions of learning. Consider the New York math teacher Paul Rossi, who was publicly humiliated by the authorities of Grace Church High School in Manhattan for openly voicing reservations about CRT. Rossi was told that CRT is not a subject that employees should feel free to criticize.

Second, the attacks on freedom and open inquiry in American educational institutions are becoming (alas!) very much like those in Germany after 1933, with a few exceptions. Unlike the Nazis we have not dismissed Jewish academics, nor do we throw dissenters (at least not yet) into concentration camps. That said, it should be noted that the Nazi regime was much less interested in university indoctrination than the woke left is now. By the early 1940s the Nazis were turning university campuses into military camps while allowing unmistakable non-Nazis (like Hans-Georg Gadamer) to teach in what was left of their university educational system.

Third, Critical Race Theorists and Marxists are certainly not the same because of their comparable degrees of bellicosity. Most self-identified Marxists whom I met during my long professional career were far more civilized and more rational than those exponents of CRT I have encountered. CRT seems to be an endless rant against the country’s supposed white privilege and its racist foundations. It is not something to be logically or empirically refuted so much as to be analyzed as part of a cultural and social problem.

Fourth, Block’s claims to be representing the views of the 19th-century author of On Liberty,John Stuart Mill, are entirely open to question. Mill carefully distinguished between the kinds of debate that people have in discussion groups or in print and what should be taught in universities. Judging by the Rectoral Address that Mill delivered at Scotland’s University of St Andrews in February 1867, he would not have included anything as bizarre as CRT as part of his recommended curriculum. Universities, Mill said, should focus on teaching Greek, Latin, and the most significant writings in these languages, as well as study of the “scientific method” that was appropriate for investigating scholarship and the rudiments of international law. Block may have a different list of subjects that he wishes to have taught in universities, but it’s doubtful that he can properly cite Mill as someone who would have championed the teaching of CRT as a legitimate part of university education.