Raising Children to Be More Than Peppa Parrots 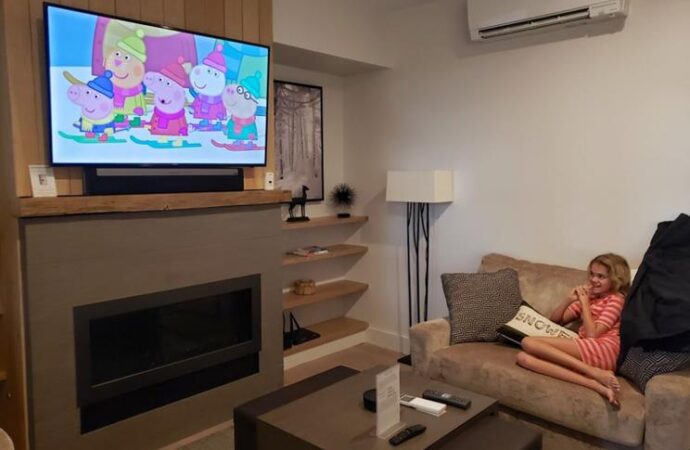 Peppa Pig, a British children’s cartoon, has taken America by storm, so much so that children are absorbing the British accent its characters feature, a recent article in The Wall Street Journal explains. Parents are reporting that they’ve become “Mummy,” Santa has morphed into “Father Christmas” for whom children must make mince pies, and mature phrases such as “how clever” pervade toddler dialects. In other words, today’s children have experienced full-on Peppa absorption.

On the surface, such absorption is cute, a phase through which children—particularly ones who have weathered the pandemic lockdowns in front of the screen—must pass before they mature and grow up. But such absorption provides a reminder for us as adults. Peppa Pig may be harmless, but the other influences our children are absorbing often aren’t, and making sure our children are absorbing good influences is one of the primary roles of a parent.

The “absorption approach” to childrearing was promoted by political theorist W. Cleon Skousen in his 1962 book So You Want to Raise a Boy?

“It’s the idea that we should surround our children with the kind of adults we would like our children to emulate,” Skousen said. “Adults who will exhibit the love, interest, kindness, leadership, and ambition which inspire children to become like them and thereby absorb them into the exciting, wonderful precincts of the adult world.”

Breaking Skousen’s comments into bitesize pieces creates a picture of the influences adults should seek to be, as well as place, in the lives of their children.

Parents and adults who shower children with hugs and kisses immediately come to mind. While such love is good and essential, we should also balance that with the tough love that involves speaking hard truths and giving correction. The children who only receive pampering will absorb the mentality that they can do no wrong.

In a world where most people are simply interested in their phones, finding adults who will encourage a child’s interests in other directions can be a challenge. Yet they’re out there. Look for influences who are excited about learning, are eager to introduce your children to good books, are avid readers themselves, and are quick to share what they read with others. Let your children absorb the influence of adults who ask questions of children and challenge their little minds to think outside the box.

Whether parents or grown-ups in general, it’s easy for adults to overlook children and not take time for them. But a kind individual will do just the opposite. They won’t necessarily make children their primary focus, doting on them as if they’re the only thing in the world, but they’ll talk to them, share special times with them, and in general, be individuals whom children have no trouble approaching.

Contrary to what we often see coming out of our so-called leaders in Washington, true leaders don’t thumb their noses at their own rules, but are instead humble about their mistakes and are willing to apologize when they are wrong. Surround your children with influences who don’t just give orders and then do the exact opposite, but who exhibit strong conviction and follow through on those convictions, even when difficult.

Those with good ambition strive after worthy goals, rather than playing the victim. If we want our children to make something of their lives rather than just riding on the coattails of others, then we should introduce them to individuals who aren’t lazy, but who are willing to step up, meet the challenge, and make a difference in this crazy world of ours.

Sadly, it can be difficult to allow our children to absorb these types of influences in their lives, mainly because their time is demanded by two main sources. Former teacher of the year John Taylor Gatto described this scenario well in a speech entitled Why Schools Don’t Educate:

Two institutions at present control our children’s lives—television and schooling, in that order. Both of these reduce the real world of wisdom, fortitude, temperance, and justice to a never-ending, non-stopping abstraction. In centuries past, the time of a child and adolescent would be occupied in real work, real charity, real adventures, and the realistic search for mentors who might teach what you really wanted to learn. A great deal of time was spent in community pursuits, practicing affection, meeting and studying every level of the community, learning how to make a home, and dozens of other tasks necessary to become a whole man or woman.

The good news is that times have changed in these past few years, with circumstances adjusting so that parents can have more control over at least the schooling aspect of their children’s lives. With that in mind, let’s resolve to not just allow our children to waste time absorbing influences such as Peppa Pig; instead, let’s surround them with influences that’ll make our children face the world with character and courage as adults.

This article was originally published in The Epoch Times.