Islam and Its White Slaves 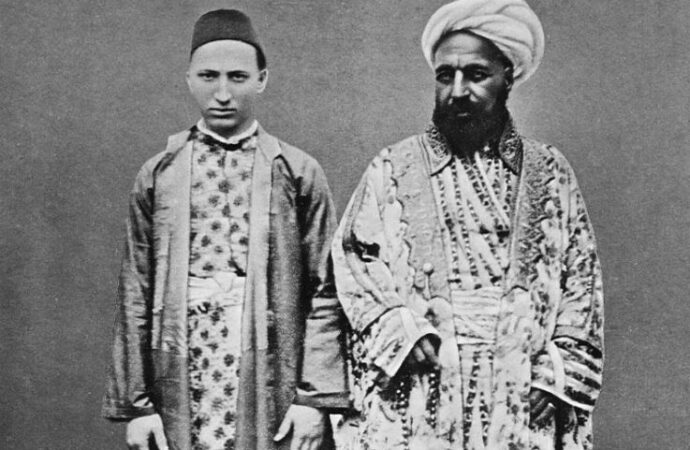 In America, public discussion about slavery—when it doesn’t devolve into BLM activists burning cities or congressmen bending the knee—is premised on important but erroneous assumptions: only blacks have been enslaved; black slavery was racially motivated; discussion of the Atlantic slave trade as part of the larger history of human slavery minimizes white enslavement of blacks and is therefore racist; slavery under Islam—past and present—never happened. Simon Webb’s book is the latest addition to the growing number of books that expose the lie uniting these assumptions.

Webb’s book is not the best on the subject or the most comprehensive. One should rather turn to Giles Milton’s page-turning White Gold or Robert C. Davis’s scholarly Christian Slaves, Muslim Masters: White Slavery in the Mediterranean, the Barbary Coast, and Italy, 1500-1800. But he nevertheless gives the general reader a solid introduction and useful survey of slaving activity by the Muslims of North Africa over the course of several centuries. And, while Milton focuses on Morocco (an independent realm) and Davis is primarily concerned with the effect of the slave trade on Italy, Webb broadly covers all of the North African states (Tunis, Tripoli, and Algiers were under Ottoman rule).

The Islamic slave trade extended far beyond North Africa—its eastern hub was Zanzibar—and easily dwarfed the import of slaves to America. In the early years of the trade, men were used as galley slaves on Muslim ships while women were sold into sexual slavery. Muslim masters also devised various means of torture as punishment. The beating of a person’s feet with a bastinado was a favored method and makes an appearance in Don Quixote (Cervantes himself was imprisoned in Algiers for five years). Here, Webb could have made greater use of white slave narratives to describe conditions of captivity.

Overall, though, he succeeds in placing Barbary slavers in the larger context of Islamic enslavement of white European Christians during the reign of the Ottomans. This includes the systemic enslavement of Balkan children (the Devshirme), the bulk of whom were Slavs (the etymological origin of the word “slave”). According to Webb, this was not piracy. It was simply jihad waged by other means. And since many unredeemed captives converted to Islam, it is hard to disagree.