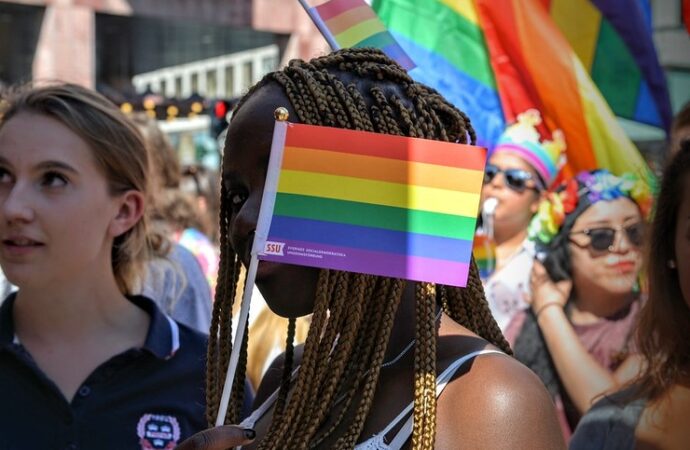 The first returns from the delayed census of 2020 are in, and they have made for celebratory headlines in the mainstream media. Big takeaway: Between 2010 and 2021, the white American population declined in real and relative terms, with more deaths than live births, as the white share of the U.S. population fell from 63 percent to under 58 percent.

As The Washington Post reported, between 1990 and 2020: black Americans held at roughly 12 percent of the population. Hispanics doubled their share from 9 percent to almost 19 percent, and Asians went from less than 3 percent to more than 6 percent. And white Americans? In those three decades, whites fell from three-fourths of the U.S. population to less than three-fifths. Bottom line: Racially and ethnically, we are becoming an ever more diverse nation, which is causing general rejoicing among those who hold it as an article of faith that, “Our diversity is our strength.”

But is that cliche true? Where is the scientific, historical, or empirical evidence for the proposition that the greater the religious, racial, tribal, and ethnic diversity of a nation, the stronger it becomes? To put it mildly, this is not a universally held belief. Our great rival China, for example, obviously fears such diversity.

The ideology of China is communism, and rival belief systems such as Christianity and the Falun Gong are repressed, as are the democrats of Hong Kong. Conformity, not diversity, is the desired condition. As for racial and ethnic diversity, Tibetans and Uyghurs are subjected to methods of forced assimilation that are regarded, and rightly so, as crimes against humanity and cultural and ethnic genocide.

But while China’s methods of suppressing diversity are often criminal, Beijing’s fears are not unjustified. In Xinjiang, there are Uyghurs who seek to secede and establish a new nation of East Turkestan. Also, China saw up close what ethnic and tribal diversity did to its neighbor the Soviet Union.

Three decades ago, the USSR splintered along ethnic-national lines into 15 nations. Since then, Moscow has fought two wars to keep Chechnya from breaking free, battled Georgia to prevent its re-annexation of the ethnic enclaves of Abkhazia and South Ossetia, and assisted a Russified minority in the Donbas in its drive to secede from Ukraine. Last year, Azerbaijan, a former Soviet republic, attacked and amputated the former Soviet republic of Armenia.

In Africa, tribal diversity has pulled Ethiopia apart again, with the Eritreans having seceded in 1993, and Tigray forces seeking to secede now.

Among the more diverse nations in the Middle East is Lebanon. Arab and Druze, Christian and Muslim, Sunni and Shia—its diversity has proven a factor in its disintegration and descent toward the status of a failed state. But back to the USA.

Is America a stronger, better, more united nation and people than we were under Presidents Dwight Eisenhower and John F. Kennedy, when 90 percent of the U.S. population was of European descent, almost all spoke English, and African Americans were the largest and indeed virtually the only major minority? How have our deepening racial and ethnic divisions strengthened us?

Crossing our southern border today, in an invasion almost unresisted by the Biden administration, are migrants coming not only from Latin America but from Africa, the Middle East, and Asia. Undeniably, these migrants, entering illegally in July at the rate of 220,000 that month, add to our racial and ethnic diversity. But do their numbers and presence here add to our strength? Does their presence help make us a more perfect union?

The more diverse we have become, it seems, the less united we have become, even about public manifestations of patriotism—the American flag, the national anthem, the pledge of alliance. Nor do our history, holidays, and heroes unite us as once they did. But if 2 million migrants from all over the world, the anticipated number in President Joe Biden’s first year, are good for America, why not open the floodgates and bring in still more?

Is Europe made stronger and better as it is made more diverse from the migration from Africa and the Arab and Islamic world from across the Med? From the visceral recoil of Europe’s peoples, the opposite seems true. Greece, Italy, and Spain use whatever means they can devise to prevent the peoples of the global South from coming northward into Europe.

Indeed, it is hard to find a country where religious, racial, and ethnic diversity contribute more to its strength and unity than they do to the forces of division, separation, and secession. Which is one reason why the U.N. General Assembly that began with 51 nations now has 193.

Racial, ethnic, tribal, ideological, and cultural diversity are history’s wedges of national division, separation, and secession, as we are discovering.