The Chain Reaction of Academic Lying 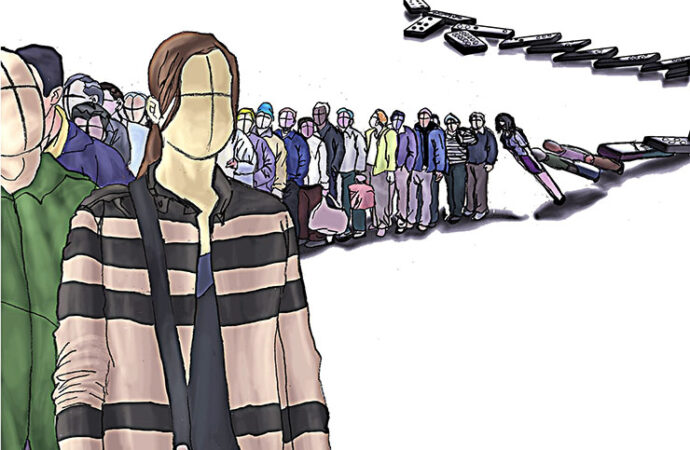 An uneasy relationship with the truth seems especially prevalent in America’s most prestigious schools. Ambitious academics quickly realize that upward mobility requires a knack for convincing deceit. Long gone are the days when brilliant scholarship was the ticket to moving up the ladder. The provost who can say with a straight face, “all of our students are equally capable of excelling in computer engineering” is a man soon to be short-listed for the school’s presidency.

Lying in the academy is similar to Leo Szilard’s insight on atoms, which are increasingly split until their release of energy theoretically equals that of an A-bomb. In higher education, a single lie is too embarrassingly self-evident and therefore must be obscured by a second lie which, in turn requires four additional lies and, eventually, a torrent of lies to bury the initial falsehood. But, instead of the release of energy, the output of these layers of lies is an explosion of bureaucracy and turgid, dishonest reports.

The lie starts with one academic dean, who begets two associate deans, who in turn produce four assistant deans and before you know it, armies of special assistants, project coordinators, and administrative assistants. Committees proliferate, staff is hired, and thick reports come forth, but none of this has anything to do with creating knowledge.

This chain reaction of mendacity is most evident when universities are confronted by accusations of racial discrimination in admission. The reality is self-evident: blacks receive substantial preferences and Asians are penalized. Such racial discrimination is, of course, unconstitutional and unfair but no matter, universities for decades have routinely denied this plain-to-see reality.

The college president fires the first mendacity particle into the nucleus: everybody admitted to his institution meets the highest standard, and the incoming freshman class has been carefully “crafted” to reflect a range of backgrounds to maximize every student’s educational experiences. Trusted subordinates then explain how the school will develop the heretofore hidden talents of students with low test scores who will, assuredly, now thrive thanks to all the stellar support services. The loyal legal department twists or hides smoking gun statistical evidence exposing these preferences, or just insists without a scintilla of evidence that admission policies are “broadly consistent” with court rulings since they reflect the admittee’s contribution to his community and leadership potential.

Meanwhile freshly hired campus bureaucrats offer up convoluted “research” demonstrating how blacks are struggling in STEM courses due to their instructors’ prejudices, or how minority students have been denied access to high schools offering advanced calculus. If the handful of minority admittees are overwhelmed academically, the university announces it will double or even triple their numbers on campus to achieve a critical mass of such students, as if reaching yet deeper into the application pool will boost classroom performances. A committee is tasked with fixing the “too-white” physics department, though nobody can explain how physics is too white.

Elsewhere, campaigns are launched to end racially tinged micro-aggressions, purge the names of racist donors on buildings, and remove all inanimate objects that hinder black students from achieving their full potential. Everybody receives mandatory anti-racism training. If asked why all the effort to only target blacks, or why it will work as advertised, “rooting out systemic racism is not easy or cheap” is the answer. End of permissible discussions.

In such an environment, why agonize over what is true or false? Better to just sense which way the ideological wind is blowing and follow the politically correct mob. It will not be easy to reverse a culture where War is Peace, Freedom is Slavery, Ignorance is Strength, and where keeping the campus peace is a college president’s most notable accomplishment.

Perhaps we should return to an earlier era when leadership required the display of physical courage. Why not require all candidates for university positions to announce in a public forum, “I have read and fully understand Charles Murray’s Facing Reality,” a book which offers copious data on race-related differences in IQ, violent crime, and the damage due to affirmative action, “and I would be happy to answer any questions”? To be sure, the winning job candidate may lie, and if he gained the position, would still promote illegal racial preferences. Nevertheless, his or her performance before the politically correct mob may help cull the worst of the worst so those in university life will no longer suffer by pretending to embrace blatant lies.