The ABCs of Afghanistan 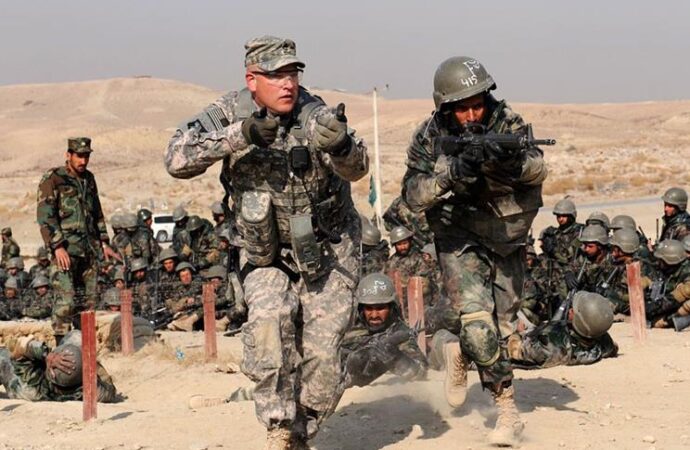 A is for Afghanistan. A faraway, hardcore Muslim country that remains utterly mysterious to our political, intelligence, and military elites even after two decades of intervention. Between October 2001 and August 2021 America squandered more than $2 trillion and more than 2,000 lives for no clear objective or tangible benefit.

B is for the Washington Beltway. The home of the Swamp and the monsters who have given us the doctrine of Full Spectrum Dominance and the notion that we are exceptional by birth. Beltway denizens are the anointed leaders of the international community, supportive of LGBTQ+ “rights,” a light to the world, good and virtuous from the beginning, and free to kill those who beg to differ.

C is for Contractors, also known as “the Cowboys of Kabul.” Thousands of mostly retired military types who pad their six-figure pensions—ably earned in Somalia, Lebanon, and other showpieces of American military prowess—by training and equipping an Afghan army of losers, by drilling a police force of fifth-columnists, and by servicing an air force of defectors.

D is for Drones. An indiscriminate weapon of mass destruction, deadly to thousands of civilian victims over the years. It was used by the U.S. military on a grand scale, which did more to turn the Afghan civilians against America and its forces than any other single factor in the equation.

E is for the Establishment. An intricately connected conspiracy—two decades long—of deceit, outright lies, half-truths, and misrepresentations on who’s doing what in Afghanistan, how, and why. All of the mainstream media are guilty, as well as all of the think-tank “community,” all 16 intelligence agencies, and the entire military-industrial-congressional complex.

F is for Fighting. The Taliban, with some 80,000 armed men, defeated the U.S.-armed force of over 300,000—two-thirds military, one-third militarized police—in a month, with hardly a shot fired. An army’s will to fight depends on the readiness of its rank-and-file to risk death. The Taliban may seem ramshackle in their baggy-trousered state of undress, but its men—unlike their U.S.-trained opponents—were ready to die for the resurgent Caliphate.

G is for our Government, the source of the Afghan strategic master plan, which in 2001 was but a peripheral theater in the hubristic neoconservative scheme to control the world. The black hole where trillions disappear to no good effect. One of America’s major sources of evil. The hydra of self-serving malevolence, the enemy of freedom.

H is for the Helmand Province, which was gallantly fought over by the U.S. military for almost two decades, only to be surrendered by the Afghan National Army (ANA) without a shot fired. Detailed deals between the Taliban and the ANA on bloodless surrenders were being made under the Americans’ noses for years.

I is for Intelligence. Either the $100 billion-a-year U.S. “intelligence community” is an idiotic charade—failing to predict the collapse of the Afghan army and claiming until recently that the Afghan government could fight for at least six months after the U.S. withdrawal—or else the executive branch has ignored its darkly alarming findings about the Afghan forces’ fighting abilities, which means that Joe Biden and his handlers are brazen liars needing to be court-martialed for incompetence.

J is for Jihad. The doctrine of the Islamic holy war is far more effective in motivating Afghans to fight than either Marxism or Western-style “democracy” have been. It’s a win-win concept for its adherents, who go directly to Muhammad’s promise of sensual paradise if killed, or else enjoy the earthly loot if victoriously alive.

K is for Kabul, the symbol of total humiliation for the U.S. government. The finale came on the same day Secretary of State Antony Blinken declared that “this is manifestly not Saigon.” He was right, the downfall at Kabul came far more swiftly than that in Saigon. The beleaguered army of South Vietnam fought for over two years after the U.S. withdrawal, and the scenes of embassy rooftop evacuations pale in comparison to the horror at Kabul’s international airport.

L is for Lies. The usual modus operandi of the U.S. Government and its media servants. Tons of infuriating and depressing details are available to the curious.

M is for Money. Billions of it spent or sent to Afghanistan, courtesy of Uncle Sam, all of it wasted. Much of it stolen by our gallant Afghan allies, such as “President” Ghani.

N is for Noncombatants. As of April 2021, more than 71,000 Afghan civilians are estimated to have died, many of them since US/NATO rules of engagement were relaxed in 2017.

O is for Operational Ability. The U.S. military is very good at it, probably the best in the world still, but the lack of coherent strategy renders operational successes meaningless.

P is for Pakistan, a nasty, dysfunctional state based on the doctrine of Islamic supremacy. Its bloodied hand in the Taliban victory will be denied because both its corrupt Islamist rulers and the U.S. government have an interest in pretending the link did not exist.

Q is for Qatar, an ostensible American ally in the Arab world. In reality it is a rich hotbed of Sunni radicalism which has been providing international legitimacy to the Taliban for years, while pretending to be a valuable anti-Iranian asset of the U.S.

R is for Rumsfeld, Donald. An early advocate and mastermind of the war, now gone to his eternal…reward.

S is for Strategy. In Afghanistan the United States lacked one, every step of the way. From denying terrorists a base in 2001 to transforming the Afghan society in our image, the stated objectives were chronically disconnected from any serious assessment of the ends and means.

T is for Terrorism. The original justification for the intervention in Afghanistan, to deny terrorists a base of operations, was a politically valid and legally justifiable casus belli. By 2002 it had degenerated into an open-ended exercise in mission creep with tragic consequences.

U is for the United Nations. Irrelevant and outdated.

V is for Victory. The Taliban do not use this symbol, but they rightfully could. The clear-cut definition of “victory” had always been absent in the U.S. forces’ Afghan mission, however.

W is for the Western Media, complicit on both sides of the pond in carrying inaccurate stories and one-sided propaganda without ever correcting the record or engaging in self-reflection.

X is for Xi Jinping. China’s leader has long argued, self-servingly but effectively, that Asian security should be managed by Asians. He will strike a deal with the Taliban to secure the Belt and Road link through Pakistan, and he’ll feel emboldened to act assertively vis-à-vis Taiwan.

Y is for thousands of Yes-Men, at all levels of the U.S. nomenclature, telling those above themselves what they want to hear in order to further their power and grab some money.

Z is for King Zahir Shah, a decent man whose 40-year rule (until he was deposed in 1973) was the longest period of peaceful existence Afghanistan has ever known.