Notes From the French COVID Underground 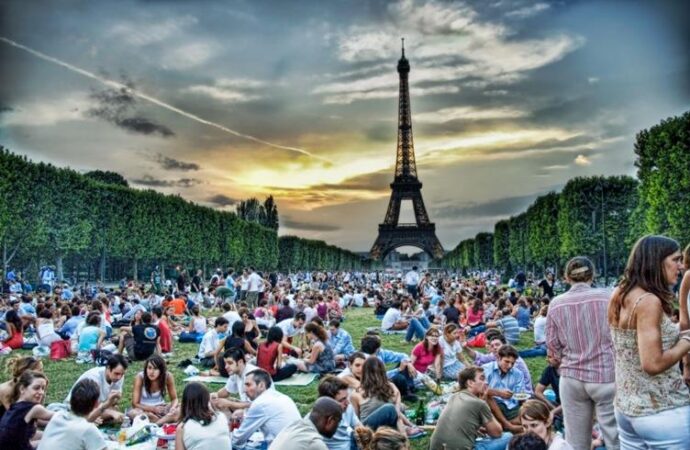 A 60-something French Intellectual Takeout reader and I began an email correspondence a few years ago. We lost touch in recent months, but when I learned of the severe COVID-19 restrictions being enforced in France, I reestablished contact to get her impressions.

“I belong to the vax and health pass resistant group,” Marie wrote, “and though not being able to go to the restaurant or to a bar or to travel is not very pleasant, I mostly complain about the fact that our leaders have impeded free movement for half of the French people, which is a fundamental right.”

“I won’t even mention being blackmailed by the government,” Marie said. “For example, people working in hospitals, in nursing homes etc. will lose their jobs if not vaccinated by Sept 15th!”

These government measures “are appropriate to a police state and are destructive of freedom,” Marie said. “Today anyone who enters an establishment without showing a valid pass can be fined 135 euros for a first offence.”

She then went on to explain about the street protests erupting over the need for a Health Pass to get into public places such as restaurants, malls, and hospitals. These protests “persist and grow every Saturday all over the country,” Marie said.

Marie then responded to the following interview questions I prepared for her:

Jeff Minick: What’s the toughest part of all these regulations for you individually?

Marie: There is not a single one I can agree with. So there is no “toughest part.” I reject ALL these regulations as a whole because it’s a firm matter of principle for someone who lives in a democratic country. All these regulations deprive us of our freedom. And when there are people who say that they don’t mind not being able to go to a concert because they never attend concerts, I think they are terribly selfish—as most French people are. Not coming out of one’s own comfort is so easy. And the French love their “petit confort.”

Minick: Do you know people who think all of these restrictions are productive or have worth?

Marie: Since July 12th when President Macron addressed the nation and explained about the extension of the Health Pass, France has been divided into two sides. The groups of people (vaccinated or with a negative Coronavirus test) who hold the invaluable “open sesame” and can access every place, whereas the others can’t, strongly believe that they are protected, protect others, and consider the unvaccinated people or those against the pass as selfish, and even see them as potential threats. There must be people who think all of these restrictions are productive, but I don’t know anyone whose arguments could convince me. They just keep on repeating what the mainstream media say.

Minick: You mentioned being a part of the resistance to the restrictions and laws. I know about protesters in the street. What else are you and others doing to resist? Your tips may be of help here in the United States, as we seem to be approaching similar restrictions.

Marie: Protesting in the streets is one way. Other ways are signing online petitions, establishing online relationships with legal experts who know how to struggle against illegal measures, and most of all doing what I call “planting seeds” in the minds of narrow-minded people who only swear by the Government or by what they have heard or seen on TV.

Which means providing them with information they have never heard of just because they don’t know that parallel information networks exist. But the information you give must always contain figures, sources, and dates that can be verified.

Planting seeds to make people think for themselves is a duty. Knowledge is the root of resistance.

Minick: Have you received the vaccine?

Marie: No, I have not and will not. I refuse to condone any undemocratic attitude. A democratic leader should reunite and not divide the people, nor take measures to sink an economy, which has already been jeopardized by several lockdown and curfew measures.

Marie also mentioned having suffered bouts of depression, in part because of these oppressive measures.

Some American states have started down this path once again. And like the French, we in the United States also like our petit conforts, (“small comforts”) which my friend has spurned for the cause of liberty.

Both our federal government and some state governments have spent recent months chipping away at our freedoms, attacking the rights of free speech, assembly, and worship guaranteed by the First Amendment of our Constitution. These are rights considered natural to the human person and may not legitimately be taken away by any government.

Some Americans have begun to resist these intrusions. Let’s take an example from the French and fight back even harder.

(Note: “Marie” is a pseudonym, as she asked me not to print her full name. Her comments were lightly edited before publication.)