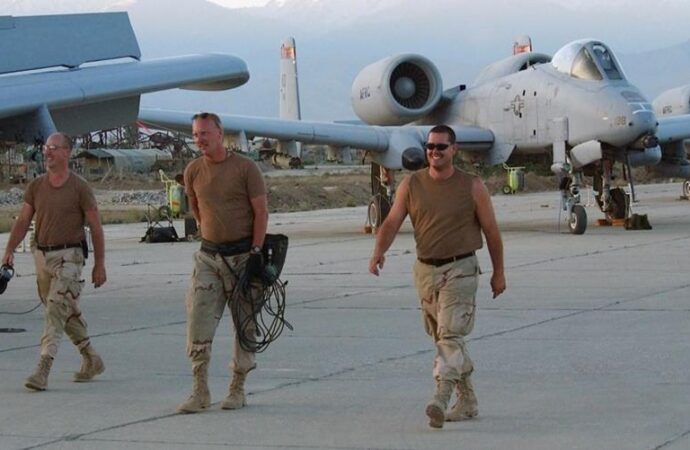 Why did the modernized Afghan army lose so spectacularly to the Taliban after so much training and material support from the United States? One emerging talking point among British and American pundits is that the United States failed to provide sufficient air power.

While it is true that U.S. airpower could have aided the Afghan army, this answer misses the mark. In reality, the country fell so swiftly in the face of the Taliban advance due to systemic flaws in the Afghan government and military.

One of these flaws laid within the central leadership of the Afghan government, which was staffed by Western-trained mandarins and plutocrats bereft of popular support. They were not tied to the local community—many of their families live in hipster millennial neighborhoods in the United States and the United Kingdom. In contrast, Pakistan Prime Minister Imran Khan is a naturally popular figure among Pashtuns and Punjabis despite his Oxford education, Westernized mannerisms, hedonistic past, and multiple divorces.

Another flaw was the lack of cohesion between the civilian and military administrations. No central military authority was able to take control of the armed forces while under pressure from the Taliban, which left regional and local commanders without a coordinated plan of action. This allowed the Taliban to divide and conquer, often without firing a shot.

There was also a deep lack of trust in the Afghan soldiers by U.S. troops. The detailed information given to the Afghan forces would often trickle into enemy hands. During my time in the military and as a defense contractor, I directly dealt with the infamous “green-on-blue” serial fratricide killings of U.S. troops by Afghan soldiers.

The current size of the Taliban’s army is estimated to be about 80,000 men. The Afghan National Army was supposed to have about 300,000. Even absent airpower, their numerical superiority would suggest the Afghan military should have held out much longer. U.S.-backed South Vietnamese forces, which lasted two years after the U.S. departure from its country, suffered far more casualties than the Afghans.

The Taliban advanced despite lacking artillery and airpower. This lack of advanced warfare capability led U.S. government officials to wrongly estimate in mid-August that Kabul could fall to the Taliban in 90 days. In reality, the city fell just a few days after that assessment.

This result should not have been surprising, since experience tells us that infantry is the key to taking or defending territory, not airpower or artillery. While U.S. airpower would have slowed the Taliban advance, it wouldn’t have helped hold the territory. Absent a capable infantry, as was the case in Afghanistan, no amount of airpower would have made a decisive difference in defending the territory from the Taliban.

The Afghan Army was incapable because it had not learned modern military small-unit tactics and personal soldiering skills. These are the basis for the company or battalion-sized military operations necessary to hold towns and take territory from the Taliban. Instead, there are numerous videos of Afghan soldiers high on hashish—a cannabis-based drug—losing or selling equipment, and otherwise not showing up to patrol duties.

More support from U.S. contractors would not have made a difference, either. Contractors could not have even kept the Afghan army going long enough for the Afghans to protect them from the Taliban. Leaving U.S. contractors in Afghanistan so long put their lives at risk. Many of them are U.S. veterans and highly skilled engineers, the kind of people a smart leadership takes pains to preserve. The effort to evacuate them to safety was the single wisest decision of the U.S. pullout of Afghanistan.

All things considered, the notion that airpower would have prevented the Taliban’s sweeping victory is wildly incorrect. At the root of this claim is a misunderstanding of airpower’s role in combat, especially in armies incapable of mass mobilization and maneuver. The United States, her allies, and even her rivals in Russia and China often extol the decisive nature of airpower for reasons of state. But the defense of a nation requires, above all, virtuous risk-takers with their boots on the ground.