Death by Selfie: Egotism as the Root of Our Troubles 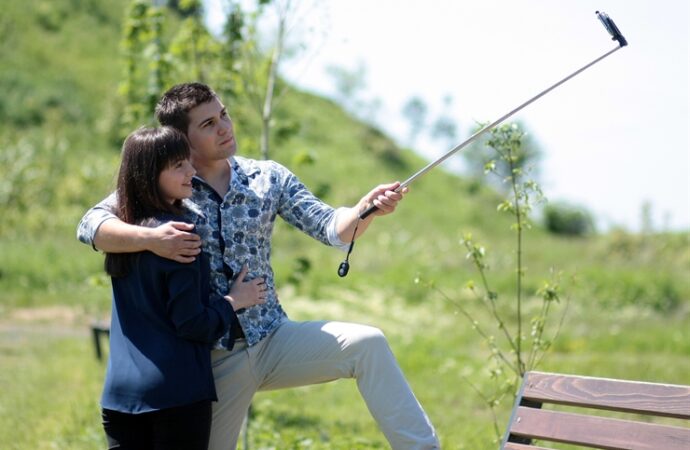 In an article at The Daily Wire, Joseph Curl reports that a 23-year-old Chinese crane operator, Xiao Qiumei, who had 100,000 followers on social media, fell 160 feet to her death while filming herself on a giant crane. She was the second woman to die in China in July by way of a fall in while recording herself on camera.

This horrific death set me to thinking about selfies. I don’t mean the pictures we take of ourselves with our cameras and phones; rather, I am coining a new term, a noun for a certain type of self-obsessed people.

Have we become a world of selfies? The United States especially seems to be a nation overpopulated by egocentric citizens. Does our selfie-ness explain the arrogance we see in some people today, a conceit accompanied by contempt for others?

These questions raised another: If it’s true that too many people are selfies looking down their noses at those they regard as inferiors, could that high opinion of themselves explain the erosion—some might say the death—of our liberties and our culture? Perhaps it’s time for some of our politicians, bureaucrats, and celebrities to check their egos at the door and focus instead on honesty, truth, and cooperation as a way of solving problems.

Many of our celebrities and politicians certainly appear to belong to the selfie tribe. Their massive egos, self-promotion, and fierce belief that their ideas trump those of the supposedly illiterate masses are the very definition of narcissism. Our long pandemic, for example, has brought us an entire cast of actors who pontificate on preventatives and cures to fight the Wuhan Virus, and who tell us to “follow the science,” but that science has taken a back seat to a lust for power and self-interest.

We are reminded that egotists regard themselves as the elite in the article on “The Dangers of Ego in Leadership,” from the executive training website Kashbox Coaching. Egoists see themselves as important and all-knowing, and they rely on past accomplishments to bolster their present status.

We see this same primacy of the self in less public figures: the priest who breaks his vows to pursue sexual pleasure; the mom who decides she needs to leave her husband and children and “find herself;” or the guy who is so offended by some innocuous comment on Facebook that he leads a charge to have the writer canceled.

Of course, a strong sense of self is a positive good. We all possess ambitions and goals, we want money and prestige, we are pleased when someone compliments our children. The healthy ego, the self with all its complexities and quirks, makes each of us unique individuals.

Every day I encounter individuals who balance the desires of self with the needs of others, who give of themselves freely and cheerfully to their families, friends, co-workers, and neighbors. A cynic might contend they do so from egotism—“Look at me! Look what a great guy I am!”—and there might be a bit of truth in that charge, but generally what I perceive in them is self-sacrifice. Their needs take a back seat to the needs of others, and generally they seem happier for their altruism.

It’s when we let slip the reins of control over the self that trouble ensues. Google “egotism dangers,” and you’ll find such articles as “11 Reasons A Huge Ego Is Your Worst Enemy” and “5 Deadly Kinds of Ego That Prey Upon Your Success.” “Ego,” one writer says, “is one of the worst ‘poisons’—it can be more lethal to our well-being than anything else.”

When I was teaching, I quickly learned that students could spot baloney faster than flies at a picnic. I soon gave up blustering my way past a question that had stumped me. Instead, I’d tell my class, “I don’t know the answer to that, but I’ll try to find out.” My self-esteem became less important and I avoided giving some kid a bogus response. Being honest was also a whole lot easier than trying to skate past tough questions.

Perhaps what many of us need, especially our leaders, is a strong dose of humility. Particularly in regard to our public policy debates, whether conducted on the national scale or among acquaintances, we might say, as did Socrates, “I know that I know nothing.”

Admitting that we don’t know everything is a splendid place to start fighting against the pitfalls of narcissism and an oversized ego.