When Parents Put Politics Ahead of Faith 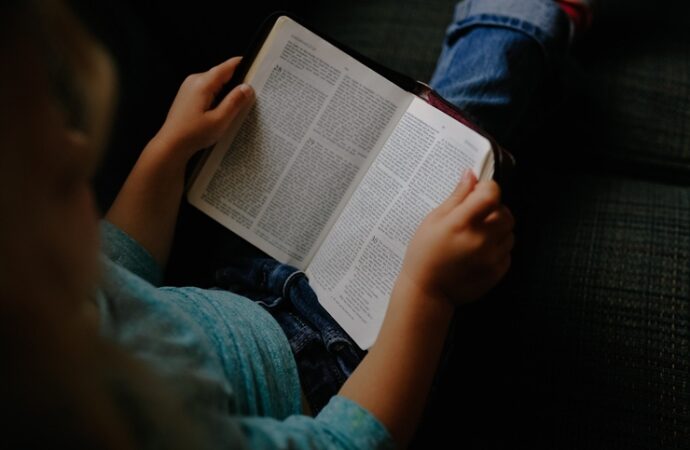 After giving a presentation on living a Catholic identity to my church group recently, a grade school teacher from a Catholic school approached me to talk. Noting how she struggles to get the kids engaged in learning about their faith, she declared that they simply aren’t interested in the subject—they are more eager to debate the merits and failings of Joe Biden and Donald Trump.

I was surprised and perturbed that politics is still top-of-mind even in private, religiously-affiliated schools. Shrugging sadly the teacher continued, “I mean, if that’s what their parents are into and talking about at home…”

It is a revealing statement. Many writers have spent a lot of time, both at Intellectual Takeout and elsewhere, talking about how parental disinterest in education is a major factor contributing to students’ poor educational outcomes. Thus, it can’t be that surprising that as American adults put politics ahead of faith, their children learn to do the same.

The abandonment of the sacred for the political, and of the heavenly for the temporal, has contributed to the increasing divisions in our country. The increasing secularization of our society feeds itself regardless of denomination or religion. Gallup first polled for this in 1937 and found that 73 percent of Americans belonged to a church, synagogue, or mosque. That number stayed steady until the end of the 20th century.

This is where our attention goes now. We do not set our sights on the higher things. We do not contemplate God in all His majesty, nor our proper place in His world, nor how to live in accordance with His laws.

Instead, we spend our time enraged or enraptured with the Donald Trumps, Joe Bidens, Nancy Pelosis, and Mitch McConnells of the world. Instead of contemplating higher things and striving to achieve virtue in our own lives and support our fellows in their own pursuit of the same, we squabble over freedoms and rights, wondering when or how government will solve all our ills, and we do so having abandoned the moral foundation properly bounding the limits of such discussions.

Our children have picked up on these attitudes.

The political questions are not unimportant, but they pale in comparison to the importance of the moral and religious aspect of our lives. As Frank Meyer put it in his book In Defense of Freedom, “in the moral realm freedom is only a means whereby men can pursue their proper end, which is virtue.”

Neither this, nor moral virtues are taught anymore. Even writing in the early 1960s, Meyer recognized the failings of the moral education of American children, and took their instructors to task.

The family is the most important form through which virtue is inculcated in children. But it is not the institution of the family as such which inculcates virtue; it is the persons who constitute the family—father and mother and other close relations—who in actuality decide the issue of the moral and intellectual direction that children take. And this is so even if, as has become increasingly the mode today, an increasing majority of parents shrug their shoulders of this responsibility and turn their children over to the state and other institutions for 90 percent of their waking hours—to schools and a myriad of groupist organizations from Cub Scouts to Little Leagues, and to the great moral teachers of the television fraternity.

Parents cannot expect, with just a minimum effort, to succeed in passing on to their children the religious and moral foundations necessary to live a happy and fulfilling life. It is not enough to attend church for an hour a week. As the testimony of the teacher I spoke with demonstrates, it is also not enough to entrust a child’s moral education to a private religious school, much less to a public, state-run institution.

Try as she might, the teacher I talked with is not equipped to inculcate virtue in every student that passes through her classroom, regardless of how dearly she wishes to do so. In moral education, as in academic, if the parents are not interested and involved, the children won’t be either.

So do not trust your child’s moral upbringing to school, church attendance, or television programming. Leave aside discussion of Biden and Trump at the dinner table. Instead talk about Father, Son, and Holy Spirit, or tell stories of Saints and their examples. Let your kids know there are moral expectations from a God who loves them, and that he has these expectations for their own good.

The best and only way to give your child a good chance at living a moral life is for you to be their primary moral educator.