Lifestyles of the Rich and Paranoid 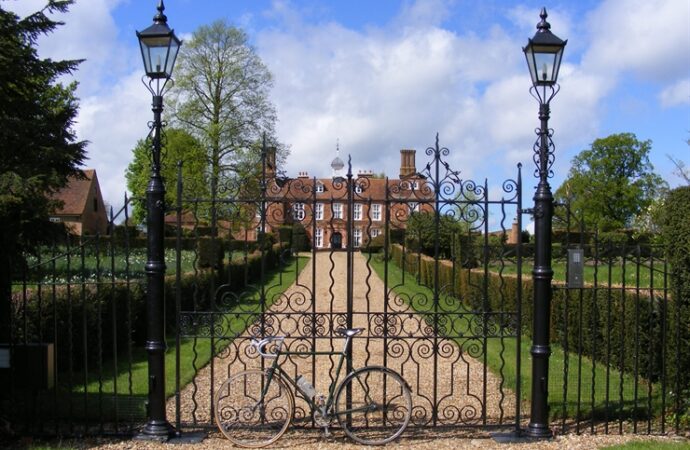 What do super rich people with multi-million dollar summer homes in the Hamptons and similar enclaves think about today’s troubled, often violent politics? Frank answers are seldom forthcoming given that an impolite answer might invite social ostracism and exclusion from A-list parties. But actions often speak louder than words, and a recent article in AVENUE lets the taboo cat out of the bag.

Home construction is a competitive sport among today’s mega-wealthy. Small fortunes are spent on amenities including climate-controlled wine cellars, lavish home entertainment centers, infinity pools, gourmet kitchens, and other extravagances. What, then, is the most recent costly amenity favored by America’s super-rich? The answer: safe rooms, also called “panic rooms,” where the incredibly rich can flee to safety when the enemy is at their doorstep.

A-listers are worried, deeply worried, about America. Since many earned their millions by anticipating the future, perhaps we should heed their worries.

The boom in the panic room business in places like the Hamptons is a trend that may have begun in London when Russian oligarchs and Middle Eastern sheiks, accustomed to having such rooms in their home countries and having serious enemies, built panic rooms into their British residences.

Such home sanctuaries are expensive. Chris Cosban, of New York-based Covert Interiors builds luxury panic rooms than run between $50,000 and $300,000, not including furnishings. When one’s personal safety is at stake, it is hardly splurging to demand back-up generators, large storage rooms, comfortable furniture for the long haul, and tamper-proof electronics ensuring access to the outside world. These rooms are hardly the sparse Cold War era backyard bomb fallout shelters one might imagine.

It is almost as if well-heeled residents expect the apocalypse. There are four-inch thick blast-resistant steel doors, carbon steel inner plates, systems to protect against poisonous gases, and sophisticated electrical keys to deter unwanted visitors. The rich homeowners also probably store guns in these hidden sites, though for legal reasons they may be loath to admit it.

Tellingly, unlike the outdoor sculpture court that displays one’s lucre, panic rooms are hidden from view and are artfully disguised to blend in with the home’s décor. Access is only known to the homeowners (not even children may be told access codes) and entry may require flipping a hidden switch. A concealed passageway to the garage can offer a quick escape via the family Bentley. Secrecy is absolute lest desperate neighbors fleeing their own homes seek refuge in yours.

Why build such rooms now? After all, rich towns like the Hamptons have existed for decades without this invisible “amenity,” so what explains the current rush? Clearly more is involved than just the latest fashion trend in conspicuous consumption.

One must surmise that these extremely savvy homeowners just don’t trust the police and others like the National Guard to keep order if widespread rioting and looting erupts. Nor do they put much faith in government handout programs to cool racial animosities. These multi-millionaires know that after Walmart is stripped clean and the Chanel boutique is wrecked, looters will travel out to where the superrich live in order to “liberate” real bling: Tiffany jewelry, Rolex watches, museum quality art, and luxury cars. And woe to the plutocrats who believe they can deter armed looters by boasting of their donations to Black Lives Matter in the effort to achieve racial justice. Elderly multi-millionaires are easy targets. Better to hide behind steel blast doors until the looters are finished.

Savvy developers are constructing entire safe communities, clusters of fortified bunkers in remote locations. Robert Vicino, founder and CEO of The Vivos Group based in Del Mar, California, has bought up old military-base installations around the world to convert them into luxurious survival compounds. One South Dakota project offers 575 private bunkers capable of housing up to 10,000 people. It is hard to imagine looters traveling to South Dakota after they’ve finished stripping Rodeo Drive clean.

Combine the building of safe rooms with soaring gun sales and the exodus of the rich from crime-ridden cities, and you see a picture unlike the “official” narrative of America as one big happy multicultural family. Last summer’s explosive urban violence, plus the defund the police campaign, encourages citizen to have a “Plan B.” Some plutocrats may be watching current rioting in South Africa from their luxurious home theaters. These folks disdain political solutions knowing that, in today’s spineless environment, it’s futile to demand law and order or tell people that importing millions of immigrants from violent countries can only end badly. Rich hedge fund managers summering in the Hamptons amassed their fortunes by accurately evaluating risk, and today they are placing their bets by building safe rooms.

Money talks even when speakers are intimidated into silence.