Is Biden Really the Lincoln of Our Time? 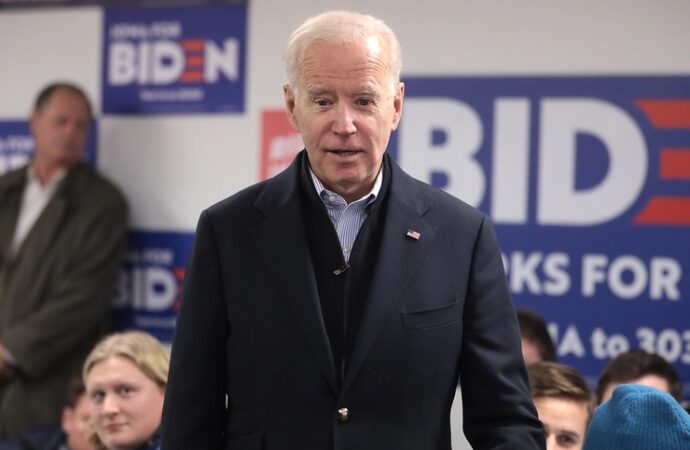 Traveling to Philadelphia Tuesday, President Joe Biden laid out in apocalyptic terms the gravity of the “threat” to American democracy from Republican efforts to reform and rewrite state election laws.

Biden is inviting a comparison of what he faces with what Abraham Lincoln faced when he took office in 1861 with seven Southern states having voted to secede and Fort Sumter a month away. The Republican “threat” to our democracy, implied Biden, is mortal.

I never thought in my entire career I’d ever have to say it. But I swore an oath to you, to God—to preserve, protect, and defend the Constitution. And that’s an oath that forms a sacred trust to defend America against all threats both foreign and domestic.

Un-American? Undemocratic? Unpatriotic? When Sen. Joseph McCarthy challenged the patriotism of Truman Democrats in such terms in the 1950s, he was censured by the Senate. Is Biden really saying that minor alterations in election laws, all of which would have to pass muster with federal courts and the Supreme Court, represent an existential threat to our republic?

This is beyond hyperbole. It is ridiculous. It is absurd. Such hype is a measure of just how far out of touch with the real world the rhetoric of our reigning elites has drifted. Yet, by casting himself and his party as today’s party of Lincoln, and Republican governors as Confederates, with the stakes equal to the survival of the Union, Biden has raised the stakes of this minor political skirmish. And raised the political risk to himself, if he fails, as is likely.

Biden has just shoved a large pile of his political chips into the middle of the table in a show of confidence that he can bring off Senate passage of the For the People Act and the John Lewis Voting Rights Act, when both pieces of legislation look to be certain losers. Neither has the 60 votes needed for passage. Neither has a single Republican vote. Nor is there evidence either can gain the 50 Democratic votes in the Senate that would require a unanimous caucus.

And if either measure got the 50 votes needed for passage, Democrats would still need 50 votes to break a GOP filibuster. Yet, Democratic senators such as Joe Manchin and Kyrsten Sinema are opposed to abolishing the filibuster. As six-term Sen. Joe Biden appears to be himself.

Is Biden putting on a show of defiance for the progressive wing of his party? For, again, what is at issue here so critical as to elicit comparison with a Civil War that cost 600,000 American lives?

To prevent voting legislation from being enacted into law, Texas Democrats fled from the state legislature in Austin and from Texas itself—to deny Republicans a quorum. And what do the liberal and progressive Texans fear? Two pieces of legislation, says The New York Times:

Both measures would ban 24-hour voting and drive-through voting; prohibit election officials from proactively sending absentee ballot applications to voters who had not requested them; add new voter identification requirements for voting by mail; limit the types of assistance that can be provided to voters; and greatly expand the authority and autonomy of partisan poll watchers.

Are such modest proposals, all within the prerogatives of state government under the Constitution, truly a threat to the republic as serious as the possibility of a second Civil War? Democrats are faking this, casting themselves in the familiar role of progressives fighting heroically for democracy against neo-fascist forces of the right.

Declared Biden at the National Constitution Center: “The 21st-century Jim Crow assault is real. It’s unrelenting.” Yet, with all his rhetoric placing himself in the tradition of Lincoln, and casting Republicans in the role of die-hard segregationists and vote deniers, Biden is promising something he almost surely cannot deliver. What lies ahead?

Having raised the stakes in this fight, Biden has raised the cost of his likely defeat. The probable elements of that defeat will be a failure to bring about a unanimous Democratic Senate vote or the refusal of Democratic senators to break a Republican filibuster.

Out of this will come anger at Biden among progressives for his not going public to demand suspension of the filibuster, rage at Manchin and Sinema and other Democratic senators who secretly back retention of the filibuster, another victory for Sen. Mitch McConnell, and more lost time for the bigger items on the Biden agenda.

All the price of Joe Biden’s absurd rhetorical hype.