Is Afghanistan a Failed Mission? 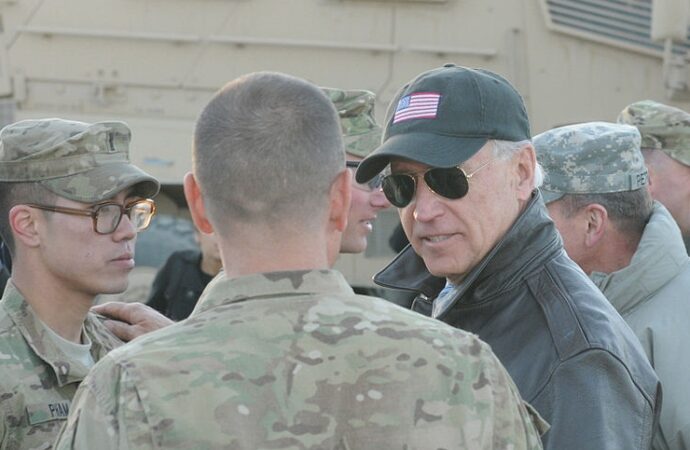 As in Vietnam from 1965 to 1973, the year our prisoners of war came home, America did not lose a major battle in Afghanistan. Yet we did not win the war. South Vietnam was lost. And contrary to the message awaiting President George W. Bush when he landed on the carrier USS Abraham Lincoln, which was flaunting the banner “Mission Accomplished,” America did not accomplish its mission.

President Joe Biden said as much Thursday, when he responded to a reporter’s question, “The mission has not failed—yet.” As the 20th anniversary of 9/11 impends, and with it our final exit from the Afghan war, the Taliban are overrunning districts at will, and Afghan troops are avoiding battle in what many see as a lost cause.

Monday, 1,000 Afghan soldiers fled into Tajikistan rather than face advancing Taliban forces. Why did we not succeed? And what does our failure there portend?

We failed, first, because our initial mission, once accomplished, was altered and enlarged to where it became unattainable. We went into Afghanistan in 2001 to deliver retribution to the al-Qaida terrorists of Osama bin Laden who perpetrated the 9/11 massacre and to overthrow the Taliban regime that had provided them sanctuary.

This we could and did do. We succeeded. That mission was indeed accomplished by May 2003, when Bush landed on the Lincoln, as Biden said yesterday:

“We went for two reasons. One, to bring Osama bin Laden to the gates of hell … The second reason was to eliminate al-Qaida’s capacity to deal with more attacks on the United States from that territory. We accomplished both of those objectives. Period.”

But by June 2003, Bush and his neocon advisers had expanded their horizons. A global crusade for democracy was now the great new mission. We were going to remake the country. We were going to build a new nation, along Western lines, out of a fundamentalist Muslim country in Central Asia with a long and proud history of fighting and expelling foreign invaders.

Some knew this and said so. For, in the eight years of the Reagan era, with our military aid funneled through Pakistan, Afghan mujahideen had driven out the mighty Soviet Union that had invaded in 1979.

By 2003, we had moved on to Iraq, where we had stormed in and ousted Saddam Hussein. Brutal dictator though he was, Saddam had not attacked us, did not want war with us, and had offered to bring inspectors in to roam around his country to prove he did not have the weapons of mass destruction we said he was planning to use against us.

We were also going to remake Iraq into a model democracy, this one in the heart of the Arab world. What was clear in a few years was that the U.S. military could knock over hostile regimes and rout their regular armed forces. But we could not eradicate a resistance that had time on its side, plus tradition, tribalism, nationalism, and an abiding faith that martyrdom and paradise awaited those who died in the cause.

As Napoleon said, “In war, the moral is to the physical as ten to one.” The Taliban were willing to fight as long as necessary to expel us and topple the regime we had helped to impose in their place. But we were growing increasingly reluctant to invest the blood and treasure for as long as necessary to impose our will upon what is, after all, their country, not ours.

Truth be told, Afghanistan was never a vital interest of the United States but has always been the most priceless possession of the Afghan people. But how the Pashtun, Tajik, Uzbek, and Hazara of Afghanistan rule themselves, 8,000 miles away, is not our business. There never was a vital U.S. interest in Afghanistan worth a war of the cost in blood, treasure, and time that we have just fought.

Because any collapse of the Afghan government would occur on Biden’s watch, and be traceable to his April decision for a pullout of U.S. forces by the 20th anniversary of 9/11, what happens there this summer and fall will now become his to explain and defend.

For certain, we are going to read and hear of more defeats for the Afghan forces we trained, of the surrender of districts and provincial capitals, of atrocities against those who sided with us, and of horrors against those who embraced our “Western values.” Many who cast their lot with us are going to pay with their lives, as will their families. And the enemies of the United States are likely to be energized by what they perceive, not wrongly, as a strategic defeat of the USA.

We did it to ourselves. Hubris was our failing, as it often is of great powers, the mindset exhibited by Secretary of State Madeleine Albright when she declared: “If we have to use force, it is because we are America. We are the indispensable nation. We stand tall. We see further into the future.”