In a World of Widespread Slavery, America’s History Is Not Exceptional 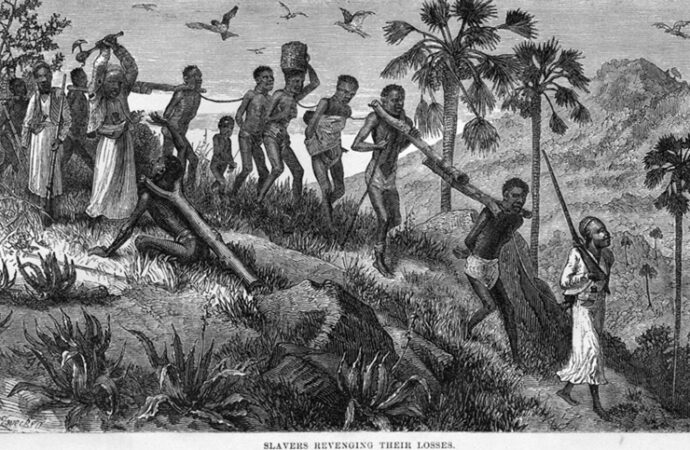 History is always more complicated than we think.

Nowhere is this more clear than with the issue of slavery. The way Americans treat the issue makes it seem like slavery was solely a sin of the United States. Yet a look at history shows that nothing could be further from the truth.

Slavery in world history is the norm, not the exception. For the Greeks and Romans, slavery was widespread and a key component of their economic system. And Arabs for centuries raided the coasts of Mediterranean Europe and enslaved hundreds of thousands of people. The Chinese made slaves of their conquered enemies, kept their peasants in a state of perpetual servitude, and even purchased African slaves from Arab traders. Many African tribes themselves practiced slavery. The Aztecs not only sacrificed captured enemies to their gods, but also enslaved them. Europeans in South America and the Caribbean owned slaves as well.

Throughout human history, untold millions more people lived as slaves, including many renowned individuals, such as the Roman philosopher Epictetus, who was born into slavery. Likewise, the Roman emperor Diocletian may have started life as the property of another. Saint Patrick was kidnapped by Irish raiders, enslaved, escaped, and later returned to that country as a missionary. And the greatest of all Spanish writers, Miguel de Cervantes, spent five years as a slave in North Africa.

Native Americans often enslaved their conquered enemies. Before the Civil War, the Five Civilized Tribes living in the South—the Cherokee, the Seminole, the Chickasaw, the Creek, and the Choctaw—owned Black slaves and “were deeply committed to slavery.” At the same time, several thousand free African-Americans living in the South owned slaves. In Louisiana in 1860, for example, an African-American widow, C. Richards, and her son owned a large sugar cane plantation and 152 slaves.

Beginning approximately two centuries ago, slavery in some parts of the world came under attack. The forces behind this assault were the failed economics of slavery, Christianity, and Western liberalism. To purchase and maintain a human being is more costly than paying that same person some sort of wage or hiring them as sharecroppers. The religious faith of people like William Wilberforce and Harriet Beecher Stowe forged them into strong abolitionists. European and American reformers assailed the practice of slavery as flying in the face of the self-evident truth that “all men are created equal.”

Those efforts eventually eradicated this institution in the West, but slavery still exists in the world today. Today, one out of every 200 people in the world is a slave. That totals 40.3 million people, more than three times the number of persons trafficked during the entirety of the transatlantic slave trade. Per capita, North Korea and Eritrea head this list, and slavery is not a crime in more than half the countries in the world.

In the United States, a horrific Civil War ended slavery. Though our system may contain flaws, human errors, or prejudices, the law itself is unequivocal in its position that all Americans have equal rights under the Constitution. But slavery, for all intents and purposes is a thing of the past in the United States. Unlike places such as China, where millions are imprisoned, indoctrinated, and forced to work for the state, we are still free to make of ourselves what we want.

The bogus critical race theory (CRT) training sweeping our colleges, corporations, government, and even our military, seeks mainly to divide Americans, not unite them. Rather than pointing us to racial cooperation and neighborliness, CRT aims to split us into groups based on skin color, thereby increasing the very bigotry it claims to oppose.

If our country continues to buy into CRT, we will make ourselves slaves not to a particular human master, but to an ideology rooted in race hatred and division.