Hoisting Critical Race Theory With its Own Petard 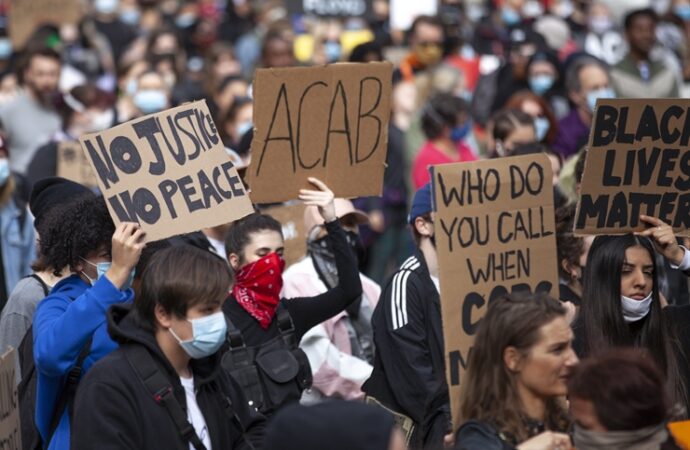 How can we drive a stake through the heart of Critical Race Theory (CRT)? Ultimately, this will require a long march to restore sanity to thousands of elected school boards, and the firing of countless misguided ideologues. But what about the short run? How can we prevent this poison from damaging an entire generation? Forget about discussing the opportunity costs of teaching CRT; ideologues are hardly deterred by terrible outcomes, in education or otherwise.

Let’s instead challenge a core premise of CRT, namely that it “merely” offers an honest account of American history. What educator could possibly oppose exposing students to previously suppressed truths? Sadly, even a few self-proclaimed conservatives have embraced this seductive relativistic argument.

But while we agree that knowledge is good, we can also assert that this CRT nonsense (e.g., slavery is the basis of the American nation) only tells part of the story. Our response must be that if CRT is to be taught, more needs to be said. Let’s enforce the Equal Time Rule in classrooms. For certain programming types, this rule legally requires radio and TV stations, when presenting the views of one candidate, to give equal time to rivals upon request (similar to the FCC’s Fairness doctrine).

The aim is to balance tales of white skullduggery by recounting harms inflicted by blacks. Tell students about how Newark, NJ; Detroit; Camden, NJ; Gary, IN; and countless other cities sunk into poverty, violence, and administrative incompetence during the administrations of African American mayors. If students can learn of the racism of the Founding Fathers, surely there is time to discuss the high crime rates among the black community, albeit most of which is black-on-black, though the most common form of interracial violent crime is black-on-white, followed closely by Hispanic-on-white.

This makes for an unpleasant account for those who see white devils as totally responsible for the woes of African Americans. No doubt, advocates of CRT will reject everything as “racist” and therefore factually incorrect. For example, black crime must only reflect the behavior of prejudiced cops or the legacy of slavery.

But as proponents of CRT insist, isn’t education all about examining all information, discussing it and reaching informed conclusions? If that is so, any well-conducted trial involves a thorough cross examination. Fourth graders might want to read about how decades of government mandated racial preferences have failed to move the economic equality needle for minorities. If CRT experts can be paid handsome consulting fees, the Equal Time Rule would require schools to also pay CRT’s opponents to organize seminars and conferences to educate teachers that CRT is hardly the only vision of history.

Most importantly, we must demand that all race-based claims be supported by hard evidence. Education is not astrology. Our fourth graders need data on crime and welfare dependency if education is to be anything more than mindlessly absorbing and then regurgitating political talking points. Who could oppose lively fact-based classroom discussions?

Advocates of CRT will claim that introducing youngsters to facts and figures about black crime rates will promote hate, but if all these dangerous stereotypes are to be banished from public life, isn’t it best to confront them directly, rather than allowing them to fester unchallenged outside the classroom? Recall the argument of sex education proponents: youngsters should learn about sex from trained experts, not “in the gutter,” and so schools offered courses on the birds and the bees. Teachers should relish the chance to help disprove “dangerous stereotypes” about minority communities with government statistics, and who can possibly oppose anti-hate instruction?

This “tit-for-tat” strategy confronts one education-based argument with another. As such it differs from the usual fuzzy rejoinders that CRT is “un-American” or hostile to our ever-improving race relations. Instead it hoists CRT advocates with their own petard. Proponents of CRT should not be allowed to monopolize the high ground when they claim to speak truth to power.

CRT advocates are driven by dogma, not objective reality, so rational discourse is pointless. They will only be deterred by those who tell a contrary story. If fans of CRT want to bash America, opponents can fight back by telling students all the unpleasant facts CRT fans are loath to admit: the United States government has tried mightily to help African Americans, often to no avail, and even with contrary effects. In confronting this ugly reality, CRT advocates’ passion for “an honest and open debate about race” may well cool.