Congress, We’ve Got Your Number 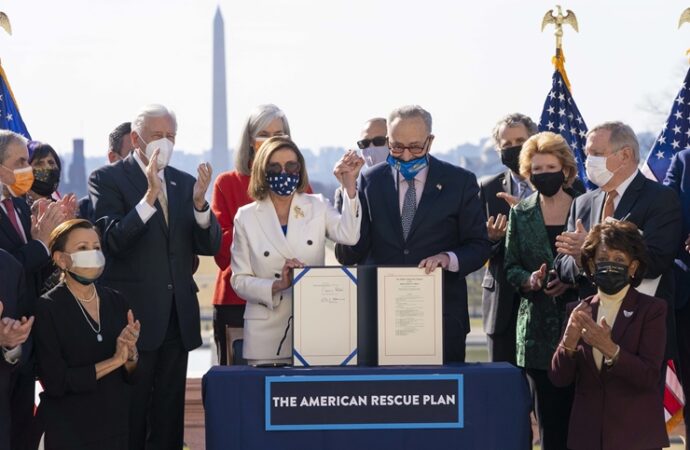 Some of you who are doing your duty in representing your constituents need not pay attention to this letter. You know who you are.

For the rest of you, I have a question: Where in the name of our country are you people?

Since Jan. 20, we’ve had a crisis at our southern border. Battalions of illegal immigrants continue to invade the United States. We are essentially in a Cold War with the Chinese Communist Party, we’ve offended countries like Russia, and our allies no longer trust us or believe in our ability to lead what used to be called the free world.

Here at home, riots are still occurring in some of our cities, and the murder rate in many cities is soaring. Meanwhile, Critical Race Theory continues to impact our schools, universities, corporations, government agencies, and the military. The Biden administration apparently intends to send government agents door-to-door to harass citizens into taking the COVID-19 vaccine.

The Department of Justice and our intelligence agencies appear out of control, and heavily politicized. Some of those citizens who entered the Capitol on Jan. 6 are still behind bars without a trial or the possibility of bail. And in part thanks to all of you, our country is now trillions and trillions of dollars in debt.

So I’m curious: What do you folks, you “servants of the people,” do all day? Do you actually sit on the committees you are appointed to? One unknown wit defined committees as “a group of the unwilling, appointed by the unfit, to do the unnecessary.” It seems an apt description. You apparently like to give speeches and dish out your opinions, but where’s the action?

Most importantly, especially for members of the House of Representatives, are we really supposed to believe that most of you either acquiesce to these and other recent government dictates and programs? Perhaps you are simply too cowardly to take a stand. Can the people you represent really approve of your silence and your lack of leadership?

According to a 2020 Gallup Poll, the answer is a resounding no. When asked how much confidence they have in Congress, only 13 percent of Americans answered a “Great deal” or “Quite a lot.” Forty-five percent have “very little” or no confidence in your abilities. You rank far below religious institutions and the Supreme Court, and even big business and newspapers managed to outscore you.

I hope the voters hold each of you responsible for the mess in this country. Whatever your political affiliation, if you’ve done the right things, if you’ve addressed problems and tried to correct them, I hope for your success at the polls. If you’re just sitting on your hands enjoying the cocktail circuit, I hope you are sent bouncing back to your home states.

Here’s a quote from Daniel Webster—some of you may have heard of him—that I fervently hope comes into play in future elections:

I apprehend no danger to our country from a foreign foe. … Our destruction, should it come at all, will be from another quarter. From the inattention of the people to the concerns of their government, from their carelessness and negligence, I must confess that I do apprehend some danger. I fear that they may place too implicit a confidence in their public servants, and fail properly to scrutinize their conduct; that in this way they may be made the dupes of designing men, and become the instruments of their own undoing. Make them intelligent, and they will be vigilant; give them the means of detecting the wrong, and they will apply the remedy.

And more and more of us are becoming vigilant. We have the means of detecting wrongdoing—it’s called the internet, not the mainstream media—and if there are enough of us, we will apply the proper remedy when elections roll around.

Some of you refuse to do the honorable thing out of fear. Some of you put your reelection chances ahead of the interests of our country. Even worse, some of you consider your constituents—and that means all the people you represent, whether they voted for you or not—as rubes, ignoramuses, and dopes.

One last note: All of you took an oath swearing to defend the Constitution of the United States “without any mental reservation or purpose of evasion.” Have you read the Constitution lately? Have you ever read it? Go look at it again, see what it has to say regarding your responsibilities, and put those words into action.