The Root of Today’s Violence 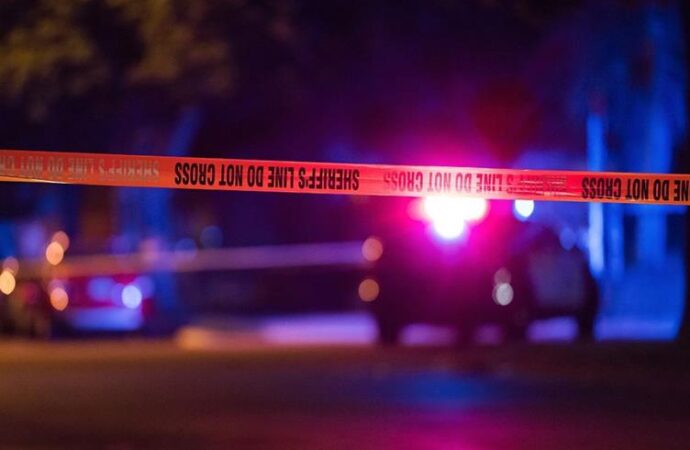 Another weekend, another round of shootings. We’ve only just hit the summer solstice and we’re already off to the races of chaos and crime.

Per usual, the biggest rampage came from Chicago, where 54 people were shot over the weekend, 21 on Saturday night alone. But Chicago is not the only city having problems. A recent report from Minneapolis shows that gunshot victims in that city have risen by 90 percent in one year. Dallas reports homicides within its borders are outpacing last year’s totals. As the chart below demonstrates, both homicides and shootings are soaring in cities around the country compared with last year.

‘A picture is worth a thousand words.’ pic.twitter.com/UkGT0R7zDW

One of Chicago’s Saturday night shootings brings the violence up close and personal via social media, which shows a gang of black males piling on top of a young couple who were celebrating a Puerto Rican holiday. As the gang scatters, one member stays, firing a gun point blank into the back of the head of the male victim, who then falls on top of his already injured female companion.

Such blood, violence, and careless disregard for life is yet another sign our world is falling apart. For those who sit and watch in horror, trying to figure out where we went wrong and how to reverse course, I have good news for you: there is a way. That way is a return to the spiritual.

Russian writer Aleksandr Solzhenitsyn expounded on the lack of spirituality as the root of our troubles in his 1978 commencement address to students at Harvard University. Solzhenitsyn, best known for The Gulag Archipelago, a work based on his experiences in Communist prison camps, addressed the decline of Western civilization.

Although his native country was in the throes of Communism at the time, Solzhenitsyn claimed he would not recommend the Western society of the 1970s as a model for the Eastern world to follow instead. The West, he explained, looked alright externally, but was in a sort of humanistic, materialist malaise internally, its people having “turned our backs upon the Spirit.” This abandonment of the spiritual “provided access for evil,” and was often fostered by the demand for freedom.

But freedom alone “does not in the least solve all the problems of human life,” Solzhenitsyn declared, “and it even adds a number of new ones” when that freedom is separated from God and man’s moral responsibility. The real crisis in our world is that “We have placed too much hope in political and social reforms, only to find out that we were being deprived of our most precious possession: our spiritual life.”

Solzhenitsyn’s remarks to the Harvard Class of ’78 continued:

If humanism were right in declaring that man is born to be happy, he would not be born to die. Since his body is doomed to die, his task on earth evidently must be of a more spiritual nature. It cannot [be] unrestrained enjoyment of everyday life. It cannot be the search for the best ways to obtain material goods and then cheerfully get the most out of them. It has to be the fulfillment of a permanent, earnest duty so that one’s life journey may become an experience of moral growth, so that one may leave life a better human being than one started it. … Only voluntary, inspired self-restraint can raise man above the world stream of materialism.

The crime we see on our city streets may look like nothing more than senseless chaos. But what’s really happening is a quest to elevate the self and to achieve material happiness. Many of these criminals have been taught that the color of their skin is the reason they have an unhappy life; that their poverty and the supposed oppression and abuse they have endured can be repaid through reckless freedom to take money, property, and life from others.

Instead of being raised by whole families in the churches and communities which once taught people to live moral, upstanding lives in the sight of God, they have been raised by political and social reformists trying to take the place of these sacred institutions. In acknowledging this, we get to the root of the problem that Solzhenitsyn talked about: a life without God.

We have sowed humanism and materialism, and now we are reaping the consequences in the crime and chaos unfolding on our streets, perhaps in an even bigger way than Solzhenitsyn could have imagined when he gave his address to Harvard more than 40 years ago. But there is good news. In his address, Solzhenitsyn also notes how the suffering his countrymen endured under Communism was good for them, for it turned them to God.

The crime and chaos escalating before our eyes is already causing us great suffering and will likely only continue to do so in the future. Sometimes we humans have to get to the very bottom before we can begin to climb out of the hole we are digging for ourselves. Perhaps this suffering, caused by our quest for humanistic materialism and our abandonment of the spiritual, will actually bring us full circle to the root of the problem and get us to reembrace God and His ways, setting us back on the path to true freedom.