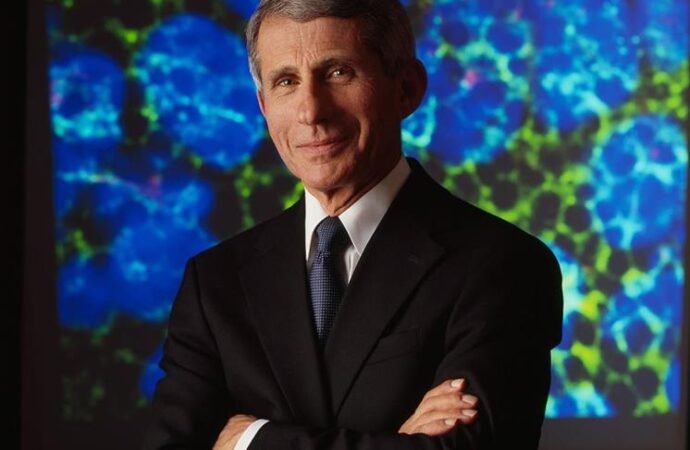 A few months into the COVID pandemic, an acquaintance of mine got an adorable puppy and named it… Fauci.

Admittedly, it is kind of a cute name for a dog. But after the past several days’ news reports, I’m wondering whether my acquaintance will choose a new moniker for that poor puppy sometime soon.

For those who haven’t heard—perhaps thanks to certain media outlets turning a blind eye—a number of Anthony Fauci’s emails were recently released to the public via a Freedom of Information Act request. The emails reveal that Fauci was a master of doublespeak, saying one thing privately in emails, but expressing the exact opposite to the general public. Since those public directives have influenced our lives since early 2020, often for the worse, it is reasonable to ask why Fauci blatantly lied and misled the general public.

But what exactly did Fauci lie about?

For starters there is Fauci’s doublespeak dance on mask wearing. At the end of March 2021, Fauci was notified of research that showed mask wearing was largely ineffective in changing flu rates. To his credit, Fauci’s early communications are in line with this research, but as we all know, he soon changed his tune, even suggesting two masks are better than one and that vaccinated people should continue to wear masks.

It also appears that the whole alleged “conspiracy theory” about COVID originating in a Chinese lab was actually legitimate and was brought to Fauci’s attention in late January 2020 by virologist Kristian Andersen of the Scripps Research Institute. Andersen’s email to Fauci noted unusual features of the virus and said that “some of the features (potentially) look engineered.” In other words, it wasn’t necessarily a naturally occurring virus, an idea that has been hammered into our heads by compliant media.

A secret call with Andersen, Fauci, and top virologists follows.

Furthermore, the emails show that Fauci did indeed know and was worried about gain of function research—research which alters an organism or disease, including to make it more transmissible—even before most Americans were concerned about the virus affecting them. This was exactly opposite of what Fauci told Sen. Rand Paul in a Senate hearing, a fact Paul was quick to note:

The list of questionable things in Fauci’s emails could go on and one could wonder why Fauci was in contact with tech giant Mark Zuckerberg and billionaire Bill Gates, or why he was willing to cooperate with those who wanted to make a movie about him while this crisis was unfolding. But let’s stop for a moment and just consider the few examples of doublespeak detailed above. Why would Fauci engage in such behavior? Why would he put so many innocent Americans through lockdowns and mandates which had little to no bearing on combatting the disease? Why would he hide important facts while seeking his own glory?

Fauci’s doublespeak behavior should not surprise us. To borrow from the words of Robert Nisbet in Twilight of Authority, Fauci’s actions are simply another example of “the fondness of intellectuals for crisis which can be seen recurrently throughout Western history.” It’s all about a love of power, Nisbet says:

The desire to be close to the seat of power, to seek with every means to expand that power, to make it as concentrated and personal as possible, and to extend it over as wide a field, domestic and foreign alike, as possible, was as strong in the Rome of Augustus as in the Washington of Kennedy. The deep dislike of the economic—not of great wealth (especially inherited wealth) but of the ordinary businessman’s regard for profits, wages, and prices—can be justified and given practical effect by the use of power made immaculate through avoidance of such regard.
Above all, though, there is the intoxication of participating in great decisions—‘eyeball to eyeball,’ as the now famous phrase had it in Kennedy’s Washington—and of feeling free of all ordinary constraints of caution, convention, routine, and form.


Nisbet goes on to say that people like Fauci date back to the time of the Sophists, people who say one thing but do another. These “political intellectuals,” as Nisbet labels them, are “often much more interested in celebrity status” than the work set before them. Nisbet implies these intellectuals make wars worse with their “slogans, manufactured ideals, the rhetoric of crisis, and, most important, [their] moralizing, rationalizing, and ideologizing mind[s].”

The COVID crisis has often been likened to a war which we are waging against a dread disease. It appears that our own widely feted “expert,” Dr. Anthony Fauci, made this war much worse than it had to be. For this we should hold him to account.