Dads, the Nation Needs You 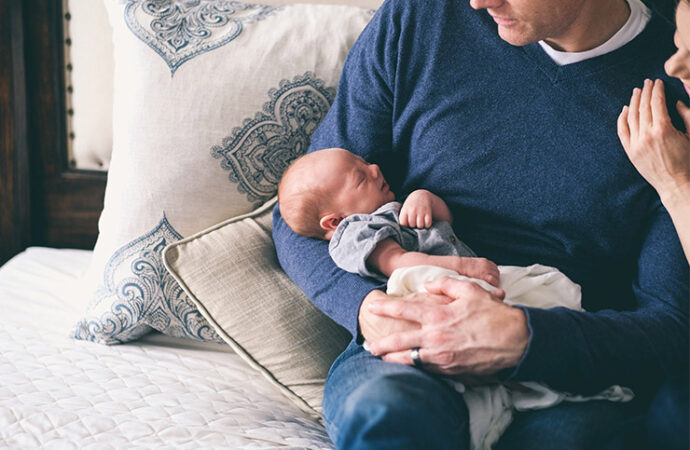 For Americans indoctrinated in gender politics, father brings to mind the patriarchy, male domination, and oppression.

For others, the word father summons nightmares from childhood, abuse, slaps and punches, drunken rages, constant criticism, and neglect. Or maybe they remember Dad as the man who would come home from work, grunt a hello, pop open a beer, plop down in front of the television, and heaven help anyone who disturbed him.

And for some children Dad is the guy missing in action, a man rarely seen or heard from who occasionally remembers to send a birthday card, who never phones, a stranger who rents an apartment in the next town but who might as well be as far away as Timbuktu.

Fortunately, the great majority of fathers don’t fit the category of “bad dad.”

I know dozens of such men. They are the ones who upon arriving home may grab a beer, but then they take the little ones out to the yard to kick a soccer ball. They play catch with their older sons and daughters, help them solve those tricky word problems in their pre-algebra homework, and offer worthy advice on everything from driving a car to applying for a summer job. They volunteer as leaders in their sons’ Scout troops, or as coaches for their daughters’ basketball teams. They encourage their kids to face up to challenges and to do the right thing, treating them with love and respect.

These are the “good dads,” and our culture needs more of them.

In Ship of Fools, Fox News host Tucker Carlson points out the consequences of fatherless homes. Boys who live with only their mothers as parents tend to cause more trouble in school. They’re less inclined to graduate from high school or attend college. They’re more likely to live in poverty, less likely to get married, and far more susceptible to drugs and alcohol. “As adults,” Carlson says, “they’re twice as likely to go to prison.”

“When was the last time you heard an establishment figure decry the out-of-wedlock birthrate?” Carlson asks a couple paragraphs later.

This is an excellent question. Why indeed do our political and cultural leaders ignore the importance of marriage and fatherhood? These are two foundational stones for any culture, yet our elected officials, Democrats and Republicans alike, rarely bring this topic into the public forum. They debate critical race theory, transgenderism, gun control, and our failing schools ad infinitum, but almost never speak a word promoting the benefits of marriage or fatherhood.

Neglecting these essentials has consequences. In Chicago this year, for example, the overall crime rate declined, but the number of shootings soared in comparison to 2020. Commentators and analysts search for ways to explain this upsurge in violence, but few ask this question: How many of those shooters grew up in a stable, two-parent home? How many of those young men pulling the trigger had no father to guide them as children and teens?

The same may be said of some students in our failing schools. We blame the teachers or the school administrators for the students’ poor performances in the classroom, but surely some of the fault lies in our broken families.

Like Mother’s Day, Father’s Day, the third Sunday in June, is a federally recognized holiday. This day should provide the perfect platform for politicians at every level of government to take to a bully pulpit and encourage fatherhood, but none of us should hold our breath waiting for that to happen.

Meanwhile, if you’re one of those dads who loves his wife and children, who engages with them, who takes little Sally on your back for a pony ride, or teaches William how to ride his bicycle, bless you. You’re not just raising good kids, you’re also helping build a wonderful future for the rest of us.

If you’re not the best of fathers and if you’re reading this piece, I urge you to change your ways. If that advice sounds arrogant on my part, so be it, but your children need your love and support. Put aside some time and energy for them.

If you’re an absentee father, and if circumstances in any way allow you to better that condition, take this Father’s Day as an opportunity to reconnect with your children, whatever age they are. That restoration may take a long time, the journey may be strange, uncertain, joyful, or sad, and your efforts may come to naught, but at least you can say you tried to make amends.

And for those who want to honor their fathers and express their gratitude on this special day, gifts are great, but best of all are the words “Thank you” and “I love you.”