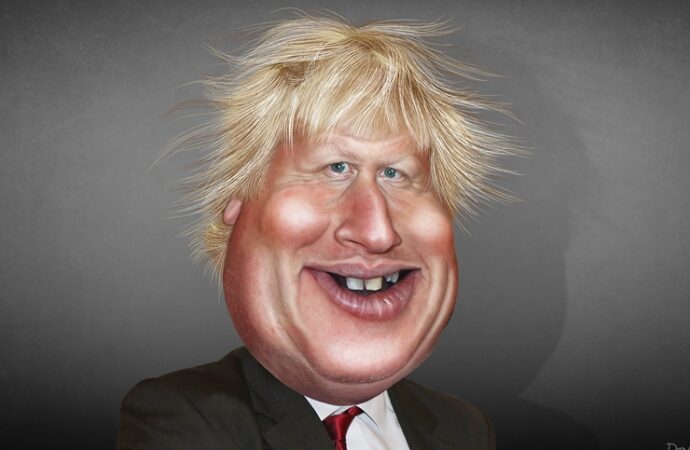 About that clash between a British destroyer and Russian warplanes and warships in the Black Sea last week there are conflicting versions. The Kremlin version is the more dramatic.

HMS Defender, says Moscow, entered the Black Sea, made port in Odessa, Ukraine, and then sailed for Batumi on the coast of Georgia. However, the British warship traversed Russia’s territorial waters at the tip of the Crimean Peninsula, near Sevastopol, Russia’s principal naval base on the Black Sea. The destroyer, say the Russians, had to be diverted by shellfire from a patrol boat and bombs dropped in its path by Sukhoi fighters.

London’s version: Defender sailed through waters off Crimea that belong to Ukraine. Russian gunfire was far off and unthreatening. No dropped bombs impeded the destroyer’s passage.

Yet, according to The New York Times, BBC correspondent Jonathan Beale, who was on board Defender, has “published video footage showing as many as 20 Russian warplanes buzzing the ship and a Russian Coast Guard vessel drawing close alongside.” In brief, this naval encounter was serious business.

Defender’s captain, Cmdr. Vince Owen, made it clear his ship sailed close by Crimea deliberately “to assert the position that Crimea and the waters around it legally belong to Ukraine.” Added Owen: “The Royal Navy and U.K. will always call out states that do not follow international order.” Kremlin spokesman Dmitri Peskov described Defender’s actions as a “deliberate and premeditated provocation.” Deputy foreign minister Sergei Ryabkov warned that the next time a provocation like this occurs, Russia “may drop bombs and not just in the path but right on target.”

With the incident over, where do Downing Street and the Kremlin stand now?

Prime Minister Boris Johnson’s government and the Royal Navy have declared it to be their right to use warships to send a message to Moscow that Crimea belongs to Kyiv. Moscow has responded: Send that message again, and you may find your warship at the bottom of the Black Sea. This is not an unserious matter.

If the Brits repeat this exercise, which they see as a right, a duty, and a mission, we could witness a Russian attack on a British warship. This would trigger Article 5 of the NATO treaty that requires all member nations to treat an attack on one as an attack on all. Britain’s challenge to Russia, a few kilometers off Crimea, could have resulted in a shooting incident that could have forced a U.S. response against Russia. And that raises some serious questions:  Did Johnson inform us he was about to issue this direct challenge to Moscow? Or were the Americans left in the dark? Did President Joe Biden or the Pentagon tell Johnson that if Defender were attacked, U.S. forces would have their back?

With this clash off Crimea, a peninsula Russia regards as vital and we have never regarded as vital, we could have been drawn into a conflict by our ally, Britain, which could not prevail against Vladimir Putin’s Russia without the military assistance of the United States.

There is another matter that makes this problematic. To reach the Black Sea, Defender peeled off from a flotilla centered on the aircraft carrier Queen Elizabeth, which is in the Mediterranean. That flotilla is headed to the Indo-Pacific region and likely to traverse the South China Sea, whose islets, reefs, and rocks are the claimed national territories of China. Are the British warships going to emulate the U.S. naval challenges to China’s claims to those tiny pieces of land in the South China Sea?

Also, Monday was the first day of the 12-day Exercise Sea Breeze 2021 in the Black Sea, hosted by the U.S. Sixth Fleet and Ukrainian navy. These exercises have been held yearly since the end of the 20th century, and the 2021 roster of participants is the largest yet. The exercises will involve 32 nations, 32 ships, 5,000 troops, and 40 planes. Among the participants are 17 NATO nations, including all three NATO allies on the Black Sea—Romania, Bulgaria and Turkey—and two aspiring NATO nations on the Black Sea—Ukraine and Georgia.

Are warships from any of these 32 nations going to follow the example of HMS Defender and sail close to the Russian naval base of Sevastopol? Are the Brits going to challenge Putin’s claim to Crimea again? Or will they, chastened, avoid a confrontation?

The U.S. does not recognize Russia’s annexation of Crimea in 2014, but we have not threatened or used force to alter that reality. For no vital U.S. interest is imperiled in Russia’s control of Crimea and its 2 million people. After all, czarist and Bolshevik Russia controlled that peninsula from the time of Catherine the Great to the time of Mikhail Gorbachev.

The U.S. should tell Boris Johnson that if he wants to provoke the Russian navy in the Black Sea, he should not assume that, if a collision comes, the U.S. Sixth Fleet will pull his chestnuts out of the fire.