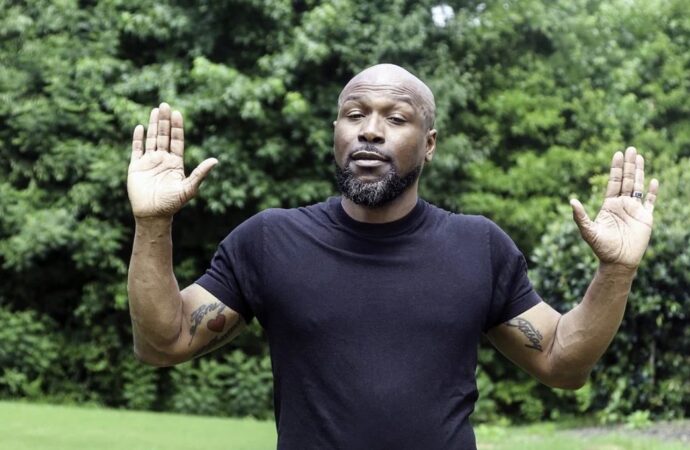 Blacks are intensely devoted to the Democratic Party and to corrupt Democratic machines in urban areas, at least partly because they hate Republicans, the white man’s party. It makes no difference how often Fox News tells blacks they are living on the “Democratic plantation,” or that the Democrats are the party of slavery defender John C. Calhoun. They vote for Democrats, even segregationist Democrats like 1952 vice presidential candidate John Sparkman, because blacks have been irremovably in the Democratic camp since 1936.

Lipton Matthews addressed this issue in two recent commentaries on this site, generating some controversy. According to Matthews, the Republican Party, and the political right in general, are wasting their energy by trying to convert black voters. Except for Donald Trump’s ability to raise his share of the black vote from about eight percent in 2016 to about 12 percent in 2020, the returns on this recruiting investment have been paltry, making Republican efforts look ridiculous. This was especially true in the runoff race for the U.S. Senate in Georgia in January 2021 when the black vote went overwhelmingly for the two far-left Democratic candidates, Jon Ossoff and Raphael Warnock.

But Matthews may have been overly generous in explaining why Republican commentators have had trouble winning black Democrats. Personally, I think these party propagandists behave gauchely when they denounce their Southern conservative voters as bigots or call for the removal of the Confederate Stars and Bars even from racing cars, or scolding Joe Biden for (properly) opposing forced busing to achieve racially diverse public schools.

But I doubt these Republican talking heads believe their tactics are going to sway the black Democratic masses; nor will Fox News commentators like Sean Hannity and Steve Hilton make strides in this direction by filling their programs with enthusiastic black Republicans, or by claiming that African Americans have joined their racially diverse populist movement en masse. All this is for appearance and is intended to show that the speakers are nice, sensitive people, whom the public could never reasonably accuse of systemic or any other kind of racism. Their rhetoric therefore may not really be aimed at attempting the impossible task of bringing droves of blacks to abandon their revulsion for the GOP and to change their voting and thinking patterns.

Saying what should be obvious does not mean that we are rejecting blacks as people. But we should recognize the limited utility of trying to convert groups that are generally hostile to conservatives. I have members of my own family who are so fanatically devoted to the progressive left that I would never expend energy trying to change their minds. One should only try to sway the persuadable.

It should also be obvious by now that the Republican media are not accomplishing their stated goal in the way they beg or hustle black Democrats for votes. They wildly overestimate their effectiveness as recruiters and look particularly ridiculous when they pretend that blacks are “the victims” of a political party that most of them adore.

Matthews cited Candace Owen as an example of a black TV celebrity who has done well communicating “the message,” namely that black Democrats are the slaves of the black politicians they support, and they should therefore rush to leave the “plantation” by voting for the GOP. Although Owens is an attractive young woman who speaks well—indeed far better than Sean Hannity who plies her with infantile talking points—she is not convincing anyone whom she is supposed to be reaching with her eloquence. Nor is another pleasant-looking black woman, Kimberly Klacik, who ran for Congress in an almost entirely black district in Baltimore and was humiliatingly defeated by the black nationalist Democrat, Kweisi Mfume. I would have voted for Klacik if I lived in her crime-ridden district. But then I’m not black, and Klacik, who is now a Fox News contributor, received only 28 percent of the votes of her fellow blacks.

If our talking heads were looking more practically for ways to gain votes for the GOP, going after blacks who loathe Republicans is not the best route to follow. There are lots of Irish and Italian Democrats who might be fruitfully pursued in New England, where I come from, and indeed along the entire East Coast. Why not make the same concerted campaign to pick up their support instead of fruitlessly chasing after hostile black voters? But perhaps that Irish and Italian demographic is too white to please our Republican media, who are fixed on virtue signaling.

By the way, there was a heartening swing of Hispanic votes in Florida and Texas in the last presidential race, and this may also be something that Republicans can build on, without the tasteless histrionics that have gone into haplessly chasing after black voters.