Innocence Lost: Our Children and Pornography 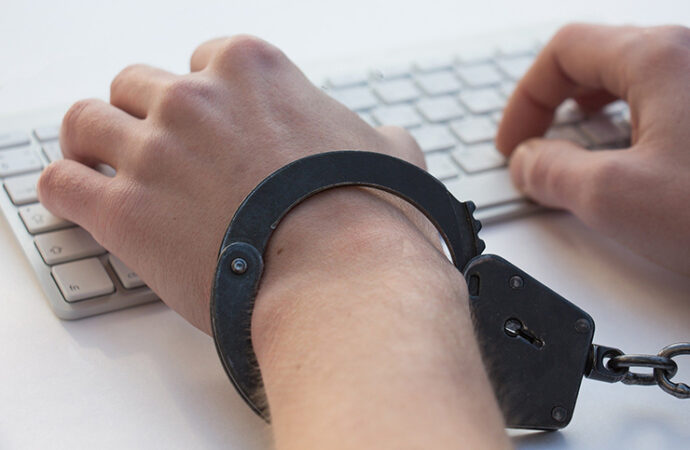 Though I’ve practiced several vices in my time, pornography was not one of them. I grew up in a town and a time when I didn’t even know the meaning of that word. At the private school I attended in seventh and eighth grade, 200 miles from home, one kid used to smuggle Playboy magazines into the dormitory, and boys would look with giddy wonderment at the women in those pages.

Maybe I never developed this desire or addiction because of the innocence of my childhood.

Deacon Robert Silva writes about teens and even younger boys and girls and their predilection for pornography in “Pandemic feeds an epidemic” which appeared in the Arlington Catholic Herald. As he points out, many of the parents he meets when he speaks on this topic deny their children watch online pornography.

But Silva then offers statistics such as these:

20 percent of teens have sent or posted nude or seminude photographs or videos of themselves.

The prime consumers of pornography in the United States are those aged 12-17.

Not surprisingly, as Deacon Silva notes, the pandemic has brought a sharp increase in the consumption of online pornography, which already accounts for 35 percent of Internet downloads.

I already knew that pornography costs business billions of dollars annually because of employees who waste work time by watching it, but reading through these statistics about our young people was a sad awakening. How, I wondered, will this exposure to pornography affect the future of marriage, relationships, and dating?

Will those most severely affected by pornography, those who are addicted to watching others having sex and taking their own pleasures from a screen, be able to participate in a stable marriage? It’s quite possible they won’t, especially as the 17-year-old kid watching that screen may come to think of sex as some sort of mechanical act, without the presence of love or romance. In fact, romance itself may simply fade away, as may the excitement of meeting someone who knocks you off your feet. Furthermore, will the idea of wooing and courting a woman, or being courted by a man, die in a miasmatic swamp of unreal sexuality? Will we cease to look at others as fully human and instead view them as machines to be used?

I’m too technologically ignorant and inept to make recommendations regarding control of the pornography industry, but it doesn’t take a genius to see the disasters coming down the pike. Unless we take some sort of action, we will be paying for this grim circumstance for decades, if not generations.

As parents and guardians of the young, however, we can all take action right now. We can add programs and limitations to our children’s phones and laptops to prevent them from seeing this smut. Even more importantly, we can sit them down and explain the personal costs of pornography in terms of self-respect and degradation. We can tell them how this “industry” makes billions of dollars a year, how it demeans both women and men, and how it has the power to destroy love.

And while we’re at it, we can remind ourselves of the same things.