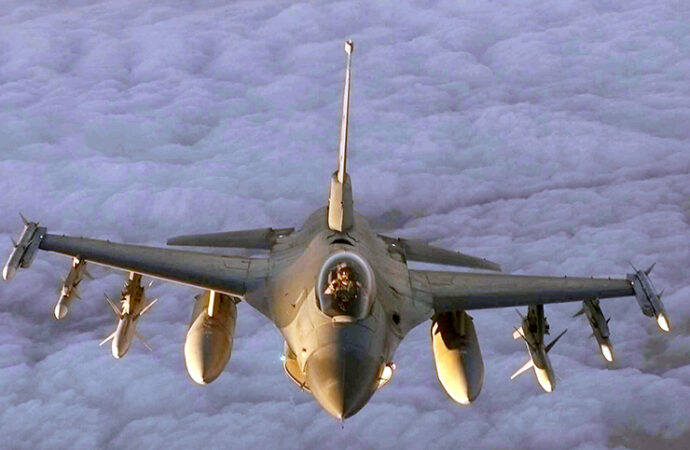 The U.S. military has gone full woke, and proudly so. For years it has opposed citizen efforts to reverse affirmative action while insisting on the eat-your-vegetables slogan of “Diversity is our Greatest Strength.” West Point currently offers workshops on “White Power at West Point” and “Racist Dog Whistles at West Point” to ensure cadets fully recognize America’s foremost enemy—white racism.

The Navy SEALs, Green Berets, and Delta Force must now heed their first “chief of diversity and inclusion,” Richard Torres-Estrada. Meanwhile, Army General Mark Milley just announced that more black Air Force pilots must be recruited. While 20 percent of the military is black, blacks make up just two percent of these pilots, and are only two of 41 four-star generals. “We must get better,” Milley said. Exactly how recruiting black pilots will improve the U.S. Air Force went unmentioned, aside from the diversity dogma parroted by Pentagon spokesman John Kirby. “Diversity is a readiness issue because it allows different perspectives, additional context, different lived experiences to inform the way we make decisions, the policies that we craft, the operations that we lead,” Kirby told reporters.

Such mandated diversification will eviscerate the military by subordinating recruits’ merits to their skin color. But this social engineering would not be the first time the armed forces invited disaster by lowering standards. Recall Project 100,000(sometimes called McNamara’s Morons) during the Vietnam War when, starting in October 1966, the military, desperate for fresh recruits, drafted and accepted as volunteers men unable to meet minimal mental and medical standards. The initiative was also part of President Johnson’s War on Poverty—uplift the bottom via tough-love military boot camp.

Some could not speak English or even read and these men died disproportionately in Vietnam. The hope was that modern technology and video tapes could overcome low intelligence. The project ran until December 1971 and was, according to one assessment, “a failed experiment. It proved to be a distraction for the military and of little benefit to the men it was created to help.” Critically, those who survived the program failed to enter the middle class.

But, leaving the likely evisceration aside today’s racial justice crusade also demonstrates the principle of civil control of the military. That is, if an elected official wants a military reflecting America’s racial demography, versus the most effective fighting force possible, then it will reflect diversity. In principle, the subordination is value-neutral, for example, a military might embrace religious values if that is what public officials want.

Wokeness is a predictable outcome given the nature of today’s military where actual combat opportunities are limited. Career advancement requires “getting with the program,” and today’s program is “diversity is our strength” even if cold hard experience shows that to be untrue. Any officer who might resist lowering standards to qualify more diversity among pilots is thus engaging in career suicide. If truth be told, a few dozen unqualified aviators may “only” result in  some extra crashes, and not Chinese or Russian battlefield victories. Since we have thousands of planes and pilots, the losses might not even be noticed.

This willful debilitation is a civilian enterprise, not a military one. Rest assured, if a merit-oriented Republican wins the presidency in 2024 and the GOP captures Congress, Milley will reverse course and announce that the armed forces are for the best and the brightest. Though, to save face, he might add that such superb warriors can—happily—be found in all demographic categories.

The real question is why this idea of putting race ahead of merit spreads faster than head lice at a daycare center. It is certainly not an initiative supported by hard data. Nor is this foolishness constitutionally necessary: the military’s subordination to civilian rules does not automatically mean acquiescing to every demand for demographic proportionality. Generals could correctly insist that the U.S. military is obligated to defend the Constitution including upholding equal protection of the law, but not illegal racial preferences resting on executive orders. Surely generals are not required to heed unconstitutional orders, even from the commander-in-chief.

The issue here is larger than the current plan to somehow select F-22 pilots according to skin color regardless of qualifications. The long-term problem is how to protect the armed services from seductive crackpot ideas that undermine the military’s fundamental mission. Have we promoted generals who lack immunity to faddish idiocy? Milley could have resigned rather than put his troops at risk thanks to ideas from intellectually “challenged” commanders. Where is his backbone? Where is his loyalty to the troops?

The lesson of McNamara’s failed scheme is that the military’s mission cannot necessarily be expanded without costs. Soldiers died in Vietnam thanks to their stupid buddies, and those stupid buddies died as well. Adding a few black pilots will not transform America into a multiracial utopia, and the downside of stretching qualifications to reach civilian goals is inescapable. Racial inequality may be a problem worth addressing, but not at the expense of undermining our national defense.