Fear of Crime Is the Real Problem 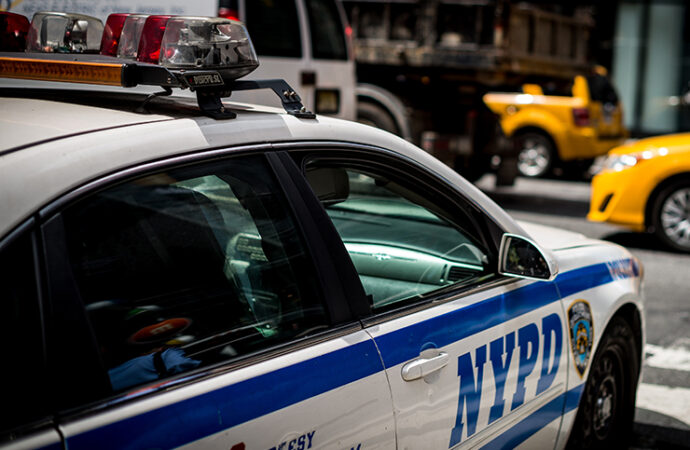 Crime is back in the news and hardly a day now passes without headlines about shootings at largely peaceful funerals and all the rest. The obvious question is whether this soaring criminality will render big cities like New York City unlivable—a return to when movie audiences cheered Charles Bronson in Death Wish.

Today’s crime is deceptively complicated. Official statistics are only part of the story and the good news here is that this crime can be reduced. For starters, reinstituting cash bail and actually enforcing the law will help restore law and order, guaranteed.

Less obvious is the fear of crime compared with actual crime. In a nutshell, stupid, random violence, independent of official statistics, drives this dread. With that understood, it is unlikely hiring more police will actually reduce this fear. After all, a well-organized Mafia hit hardly terrorizes law-abiding citizens. Easily avoided crimes, even when they explode in number, are not the problem. Nobody is forced to attend violence-prone block parties. Matters are quite different, however, if a birthday party attendee at an upscale restaurant loses control and starts shooting innocent bystanders, as recently happened at Brooklyn’s Peter Luger Steak House. Surely, one would think that dining out at a super-expensive eatery ensures a modicum of safety.

Private conversations often bring this fear of irrational violent crime to the surface among older people, especially women, who, for perfectly valid reasons, feel more vulnerable. Speak to any New Yorker who regularly travels by subways and they will recount tales of “creepy” panhandlers who wander from car to car soliciting handouts, nearly all of whom are unkept and possibly mentally ill. Meanwhile other riders are sprawled across multiple seats sleeping off booze or drugs. That subway cars are now often largely empty thanks to COVID-19 only compounds the unease. It is no fun being trapped between stations alone with those asking to “borrow” five dollars supposedly for their missed rent payments.

Similar unease is likely to occur in neighborhoods where office buildings are now largely deserted. Thanks to crowds of office workers and tourists, there was once safety in numbers in such areas of New York CIty. Yes, one saw the occasional odd-looking homeless man camped out on a church doorstep, but with people everywhere, there was little need for policing. Not even someone with a room-temperature IQ would try to mug you on a crowded street. Crowds bring safety, de-population increases risk, and risk brings de-population. It’s a vicious but understandable cycle. Long-term residents of the city will recall the pre-Giuliani era when Broadway theaters moved their start times from 8:00 up to 7:30 so nervous patrons could escape a little early to avoid empty late night streets.

Reducing anxiety differs from more standard anti-crime measures such as stop and frisk. Nor can added security cameras and enhanced police patrols calm fears since predators, being by nature stupid, disdain the rational calculations that would deter them from robbing a tourist for his $200 Seiko watch that resembles an $8,000 Rolex. Try explaining that impulse crimes with a low financial yield may result in a 10-year jail term. To repeat, it is this stupidity that brings unpredictability, and unpredictability inspires fear since safety is not easily achieved. Few New Yorkers dread a million-dollar robbery of a 47th Street diamond dealer. Having a cheap necklace ripped off your neck when walking down a deserted street is different.

Now for the awkward part: cracking down on those who inspire this fear brings immense political risk, given that many of those receiving police attention are black. Moreover, it is hardly a crime to appear scarey. Besides, the locals’ quality of life is simply no longer a political priority for those with “white privilege.” Picture the outrage if cops start arresting subway beggars (disproportionately black) for their “harmless” crimes of frightening middle-class white ladies?

Ironically, a more compassionate policy for treating the city’s troubled, fear-provoking underclass will exacerbate this unease. Locking up drunks sleeping in subways for vagrancy is hugely expensive—the daily cost of incarceration in New York City is $447,337 per year, or $1,226 per day. Even skinflint conservatives thus have good reason to oppose “the politics of mass incarceration” despite the resulting reduction in crime. They view building cheaper shelters as a better, more cost efficient alternative, even though this approach can destroy a neighborhood thanks to random violence, public defecation, open drug dealing, and street crime. Add in community activists howling about arresting those “just peacefully standing around while black” and you have a noisy political movement guaranteed to stoke fear of crime.

In sum, reducing the fear of crime is not identical to eliminating crime, and this disconnect can seriously hinder restoring the quality of urban life. Nor will spending millions of dollars to attract tourists overcome this fear. Confiscating guns at a rap star’s funeral will not make people feel safe if they encounter violent crazy people wandering around subway platforms in their daily lives. Difficult choices must be made.