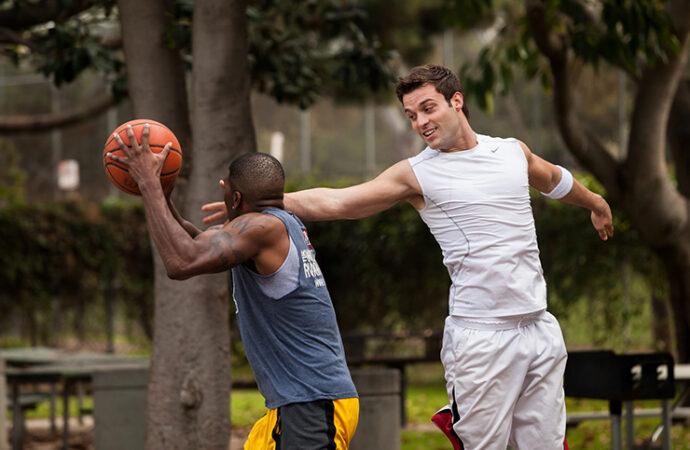 There is a tremendous, unwarranted, unfair, unjust basketball gap that exists between whites and blacks, much to the disadvantage of the former. Simple elementary social justice requires that this divergence be closed as soon as possible; sooner than that if at all feasible. This is a situation that cries out to the heavens for redress.

What are the facts of the matter? First, and most damning, around three quarters of the players in the National Basketball Association are black. This demographic comprises only 13 percent of the overall population. Why pick on the NBA to illustrate this socially unjust gap? Because their players are simply the best on the planet. Whenever a team chosen from their rosters play the best of the rest of the world, as in the Olympics, the others typically play only for the silver medal.

But that is just the tip of the proverbial iceberg. Even within the NBA, the selection of the very best athletes tilts even more in favor of the black population. Consider the recently conducted All-Star game where 27 of the very best of the best, including LeBron James, Stephen Curry, and Kevin Durant met each other face to face. Of these 27 players, only four were white. Four, only 15 percent. The proportion skews even more heavily if the most valuable players of all the All-Star games are taken into account.

MVPs and numbers are similar for college and high school teams. A brief perusal of March Madness, in which the best college basketball teams in the nation contend against one another, finds that the overwhelming proportion of players are black, despite comprising a mere 13 percent of the overall undergraduate population. This phenomenon reaches all the way down to the high school level. It turns out that there too, African Americans dominate this sport.

What causes this disparity? First, white men can’t jump, and vertical elevation is important not only in blocking and rebounding, but also in the ability to make a shot unimpeded. White men can’t run either, as is well documented in races anywhere from sprints of 60 and 100 meters all the way up to the marathon; it is difficult to overstate the importance of pure speed in basketball.

What should be done about this astronomical disparity? Why, affirmative action of course. The first step, if we want an NBA that “looks like America” would be to fire all black players above the 13 percent level. But that will only partially attain our goals of equity, for the best players will still be African or African American.

Here’s another possibility for leveling the playing field. For those of you who have not been Rip Van Winkling it for a number of decades, you know that a basket behind the line is now worth three points, while layups and short-range jumpers score only two. Well, let us keep that rule in place; but make it four/three for whites! That is, if a white player hits a three-point shot, his team is credited with four points, and for a shorter score, he is awarded with three points. If this does not yield our cherished “equity” we can always bump this up to five/four for whites, while leaving scoring  at three/two for blacks.If you think that’s not fair, you miss the point: it’s equitable.

A third possible rule change: If a white player just hits the rim, he gets two points; if he can hit the backboard, one point. Black athletes will get nothing for misses like that.

What about the “airball” that hits nothing whatsoever? A half a point for whites! What could be fairer than that? Surely the admissions department at Harvard would salute this minor rule modification.

But there are still more things we can do. Summer basketball camps for blacks should be forbidden, and subsidies given to whites who attend in their place. Let African Americans take swimming lessons instead; for the disparity in the pool is even more horrendous than that on the basketball court.

It is past time that this sport got woke; it needs a good dose of equity. It is insufficient that players take knees, wear special uniforms promoting social justice, and that stadiums ostensibly support the Black Lives Matter movement. If the goals of “diversity and inclusion” are to be attained, the modest proposals suggested herein should be implemented forthwith.

Basketball tryouts, whether at the NBA, college, high school, or middle school level, have a “disparate impact.” If SAT and ACT scores, exams for policemen and firemen, auditions for musicians and numerous other such assessments can be dismissed as racist or sexist since they have a “disparate impact,” well then, by gum and by golly, so too can this be applied to evaluations for basketball teams.

(Note: This article is satirical and was written for the purpose of highlighting the absurdity of attempts to control racial composition among voluntary associations.)