Why Republicans Struggle to Gain the Black Vote 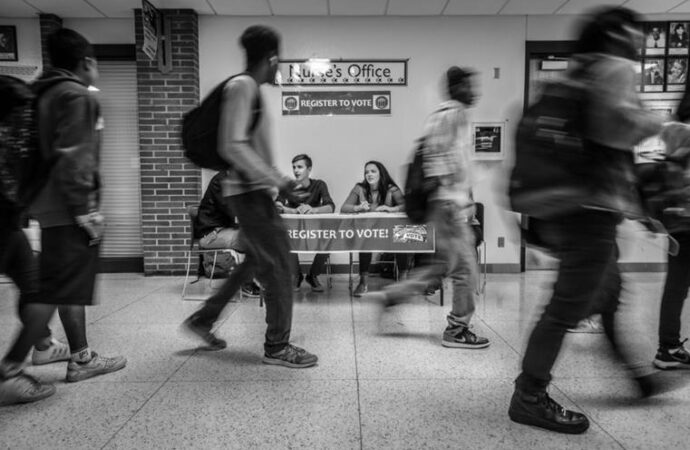 Acts of contrition can never endear the Republican Party to black Americans. Republicans have assumed the opposite for decades, thinking that blacks will reward them with support for their energetic pandering.

What Republicans fail to realize is that black people view voting as an expression of group solidarity. This solidarity is crucial to the identity of black Americans, and even though many blacks identify as conservative, voting for Republicans is thought to violate their identity. Those who do violate this identity are excluded for failing to uphold sacred traditions in the black community.

Although many blacks identify as conservative, they remain loyal to the Democratic Party, to the bewilderment of analysts. To black Americans, voting does not aim at empowering the individual—it is seen as expressing the interests of the group. If blacks believe Republicans are hostile to their goals, then they will vote for Democrats, even when policies advertised by the Democratic Party may prove to be detrimental to their economic well-being.

This group voting mentality is especially difficult in the ever-present mentality of victimhood. Black activists and white liberals want us to accept the cult of black victimization, tying this closely to black voting patterns, thus making it difficult for Republicans to appeal to black voters.

Obviously, ethno-cultural issues have determined the political choices of various groups in America before, like the Irish and Italians. Yet the Irish and Italians were never enslaved in America, which limits the ability of nonblack ethnic leaders to get politicians to accede to their demands. Without the element of slavery, black ethnic leaders like Maxine Waters and Al Sharpton would lose some leverage over white politicians.

Unlike the radical separatism advocated by Huey Newton and the Nation of Islam, black victimhood functions as a group adaptation mechanism, by allowing black activists to impose demands on the state. Black separatists are usually maligned by the mainstream, but their vision is more liberating than that of black liberals and their white companions. Separatists want black people to be free from white institutions, whereas liberals envision a society where whites are responsible for looking after and coddling blacks.

As advocates of capitalism, Republicans differ in their medium for empowering blacks, but like separatists, they also advocate black autonomy. Yet because blacks tend to be collectivistic, and have been socialized by the wider culture to imagine themselves as victims, preaching the message of self-reliance to black Americans may appear quite challenging.

Black victimhood has only worked as a group adaptation strategy because ordinary blacks have been tricked into thinking that affirmative action benefits their entire race. One would think that when blacks realize that the richest 10 percent of black Americans control 75.3 percent of all wealth owned by African Americans they would no longer embrace racial solidarity. Similarly, noting that wealthy blacks are 1,382 times richer than poor blacks may force black Americans to question the sincerity of activists who decry the racial wealth gap.

The plight of poor blacks is paraded by black intellectuals to justify their privileges at the expense of all Americans. Black activists fear independent black Americans, since they pose a risk to their material interests.  If blacks eschew victimhood, then activists cannot use their condition as a tool to extract resources from white institutions. Clearly, such circumstances obviate the services of activists who are handsomely paid to design anti-racist policies.

The truth is that victimhood is intertwined with the politics of black solidarity. Unless Republicans abandon the message of self-help, blacks will never perceive them as an attractive option to Democrats, and it is a waste of time for Republicans to specifically target black voters.

The 2020 election is a perfect example of this. Donald Trump marketed himself as a friend of black people, working strenuously to improve black economic conditions and perform many other services for the black community during his administration. Yet despite these efforts, Trump won only 14 percent of the black vote. Republicans are wasting their time by targeting specifically black voters.

The Republicans will also remain unattractive and fail to generate widespread support even when they embrace at least some stances that may please black Americans. For example, black Americans favor restricting legal immigration, and although Trump garnered more votes in 2020, he did not obtain enough to retain the White House.

Expecting blacks to disavow the cult of victimhood appears to be wishful thinking, and so the chances of Republicans earning a sizeable chunk of black support will likely remain slim. Thus, going after the black vote and expecting blacks to deviate from the tribal politics of racial solidarity seems to be merely a waste of time for Republicans.