The Media Changes Its Tune on the ‘Chinese Virus’ 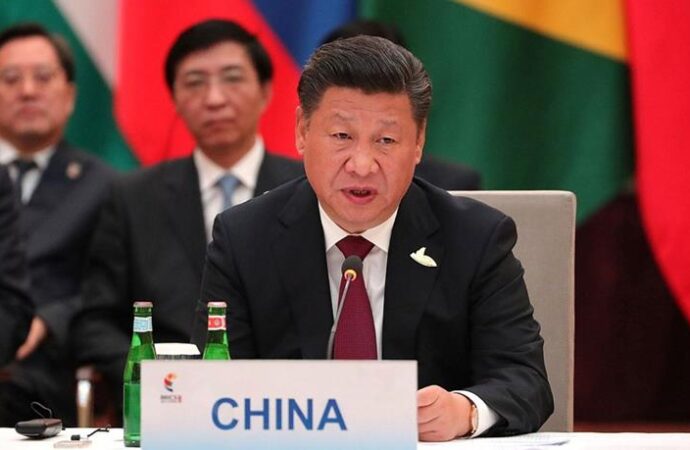 After months of praising the Chinese response to COVID-19 and trusting their data, the World Health Organization (WHO) has apparently finally found a bridge too far in their public relations game on behalf of the Chinese Communist Party.

WHO’s Director General Tedros Adhanom Ghebreyesus and the governments of 14 countries let loose a series of criticisms of China in the wake of a report investigating the start of the COVID-19 pandemic in Wuhan, reports The Washington Post. Apparently, the Communist government in Beijing caused delays in access, failed to make relevant data readily available for investigators, and likely had a degree of direct influence over the report and its conclusions.

This included the report’s primary conclusion that it was most likely that the virus jumped from animals to humans, possibly through frozen food. The Post even calls this “a once-fringe theory favored by Beijing.” Meanwhile Tedros stated in his concerns that he expected “future collaborative studies to include more timely and comprehensive data sharing,” calling for further research of laboratories in Wuhan.

It is most interesting to see The Post now call China’s approved answer to the where and how questions of COVID “a fringe theory” considering it and other media outlets spent so much time belittling former President Donald Trump’s theory of the virus originating in a Wuhan virology lab. Even just three weeks ago, The Post called the Trump administration’s claims “highly controversial.”

Now much of the international order has changed its tone. It seems wherever WHO goes, The Post follows along.

That the United States, Great Britain, Israel, Japan, and other nations are critical of undue Chinese influence over an investigation into the virus’ origins is not terribly surprising. Given the outsized role that China played in getting him elected to WHO’s top job in the first place it is Tedros’ new found critical voice which is the most surprising.

Remember, this is the same man who as Health Minister of Ethiopia claimed that a cholera epidemic in his country was merely “acute watery diarrhea,” despite reports of international experts who were able to test for the disease, and despite two neighboring countries having their own outbreaks of cholera. This prevented Ethiopia from receiving aid from the United Nations to deal with the epidemic, so Tedros does not have a track record of being terribly concerned with getting to the base truth of how infectious diseases spread.

But now even Tedros, in remarks regarding the COVID-19 investigation, said:

I do not believe that this assessment was extensive enough. Further data and studies will be needed to reach more robust conclusions.
…
Let me say clearly that as far as WHO is concerned all hypotheses remain on the table.


The attempt to preemptively conclude that the COVID-19 pandemic came by way of bushmeat, wet markets, or frozen food seems to have suddenly lost its steam for many international observers. Even U.S. Secretary of State Antony Blinken expressed concern over the WHO report, “including the fact that the government in Beijing helped to write it.”

Jeff Minick, in writing for this publication and others, has long referred to COVID-19 as the Chinese Communist Party virus, or CCP virus for short. Beijing’s reticence in allowing a full and transparent investigation lends further credence to that designation. It would also seem by Tedros and Blinken’s response to the WHO report that they are coming to appreciate the appropriateness of Minick’s terminology as well.

Their newfound embrace has interesting timing. Trump was maligned as a racist or a conspiracy theorist for suggesting there was evidence that the virus came from a virology lab rather than naturally passing from animals to humans, but now Blinken and Tedros are given a free pass to criticize the Chinese government and its handling of the virus and subsequent investigations. It seems the Trump double standard strikes again.

After months of kicking the can down the road by supporting China to spite Trump, it seems that the international order is tired of making excuses for the CCP and can now stop the charade since Trump is out of the White House. However, their appetite to actually do anything about Chinese malfeasance or incompetence regarding COVID-19’s spread remains low.

Thus, while it is certainly intriguing to see Tedros, Blinken, and others change their tune and begin to critique the opaqueness of the Chinese regime, it seems unlikely that any action against China will happen. COVID-19’s origins may simply remain an open question for longer than China wants, but that does not mean they do not feel they are in a winning position on the issue.