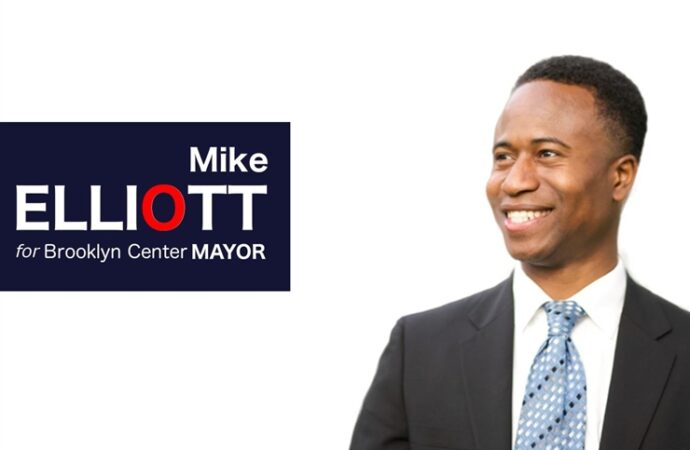 Riots have kicked off again in Minneapolis, this time touched off by an apparently accidental police shooting of an unarmed 20-year-old black man, Daunte Wright, who was attempting to flee police in his vehicle. Nighttime curfews have been imposed across the city but have been routinely ignored by groups of protestors, who are peaceful by day but turn violent by night.

Typical media reports on the shooting reflect on the riots’ impact on the ongoing trial of Derek Chauvin, the former Minneapolis police officer accused of killing another unarmed black man, George Floyd, last year. Others make hay out of this recent tragic accident as more evidence of systemic racism, the supposed need to “defund the police,” or, more rationally, the need for better police training.

All of these interpretations overlook what appears to be happening in the background of this small, inner-ring suburb of northwest Minneapolis: a political upheaval driven by rapid demographic change. Wright’s death appears to have triggered a re-shifting of political power in Brooklyn Center that reflects the new underlying racial reality of the city. As the people of a place change, so will its politics and leadership.

Over the last several years, Brooklyn Center’s black population has grown exponentially and it now has the highest proportion of black residents of any city in Minnesota by far. Those identifying as black or African American made up 29 percent of the city’s population in 2019, according to U.S. Census data. That figure has more than doubled in the last 20 years, up from the 14 percent recorded in the 2000 Census. In contrast, the black and African American population of Minnesota’s largest city, Minneapolis, is 19 percent.

When Kimberly A. Potter, the white police officer who shot Wright, joined the Brooklyn Center Police Department in 1995, the most recent U.S. Census data for the city showed the black and African American population at just 5 percent. Tim Gannon, Brooklyn Center’s white police chief, had been a cop in the city even longer, joining the department in 1994. Both saw the city’s population change profoundly during their careers, as a large community of immigrants from the war-torn West African country of Liberia settled in the suburb. Residents from the nearby neighborhoods of North Minneapolis also moved to Brooklyn Center to escape that high-crime, low-income area of the metropolis. In 1990, 90 percent of Brooklyn Center’s population identified as non-Hispanic whites; by 2019, that percentage had fallen to 38 percent.

Two days after Wright’s shooting on Sunday, April 11, both Potter and Gannon resigned. Potter has been charged with second-degree manslaughter and taken into custody. Three of the five members of the Brooklyn Center city council are people of color, including City Mayor Mike Elliott, a black man who emigrated to the United States from Liberia at age 11, and who was elected the city’s first black mayor in 2018. The council also fired City Manager Curt Boganey, who is also black, after he publicly disagreed with Elliott over the decision to immediately fire Potter, saying that “due process” should be observed first. One of the council members, Kris Lawrence-Anderson, a white woman, said she voted to fire Boganey “because she feared for her property and retaliation by protestors if she had voted to keep him,” according to the Minneapolis Star Tribune.

Elliott announced on Twitter that the council had voted 3-to-2 to give his office command authority over the police department in the wake of Boganey’s firing. Brooklyn Center has a “weak mayor” structure in which the mayor is a part-time job and most executive authority, including overseeing the police, is vested in a city manager. Whether the mayor’s new powers are permanent or temporary remains to be seen.

Before Wright’s death, local news was filled with criticism of Elliott’s tenure, mainly focused on property tax increases, as well as Elliott’s proposal that the city hire a senior policy aide to assist him. Former Brooklyn Center Mayor Myrna Kragness-Kauth, who served from 1995 to 2006, denounced Elliott in a letter to the editor of the Brooklyn Center Sun Post last month, saying she and other citizens were unhappy with the mayor’s tax increases and proposal to hire staff, and advocated that he be voted out of office next year.

There were other signs that a racial showdown was coming for the city. Elliott has complained that few of the city’s roughly 50-member police force are people of color and that none live inside the city. He has retweeted messages proclaiming the guilt of whites for “looting” wealth from people of color. His fellow council member April Graves gave an extensive interview with the Minnesota Spokesman-Recorder in 2019 and asked the city’s people of color to be patient in waiting for changes to the city’s “racist” power structure. She said:

Especially for communities of color, it’s difficult to support a candidate and then be frustrated when you don’t see the changes you want to see.
What powers, what controls do we have to switch this corrupt system that’s been in place for years that disproportionately, negatively impacts people of color? And as soon we get leadership of color, we want to see things change immediately.
I do, too. But, we need to recognize that people of color in political positions are in a system that [remains] racist and was set up to keep us out. It’s not easy to automatically make changes.


With Wright’s death, changes have finally come to Brooklyn Center. If Fox News host Tucker Carlson’s monologue earlier this week about the Democratic Party’s plans is correct, similar political and demographic shifts may soon be coming to the rest of the country.