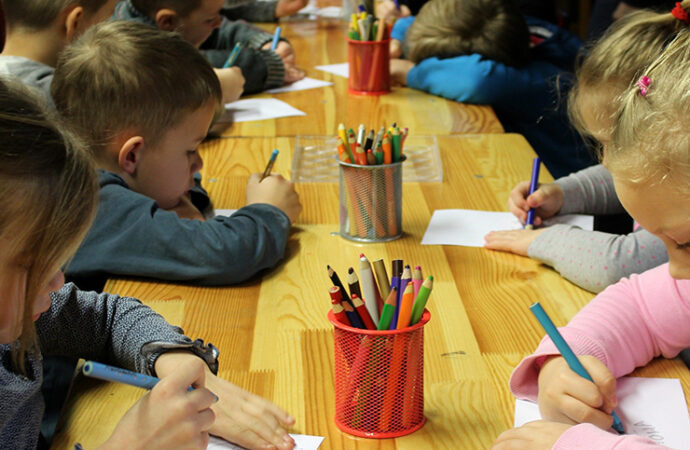 Public school enrollment has consistently declined across most states this academic year, and there are new signs that the trend will continue this fall. On Thursday, New York City’s education department reported that kindergarten applications for the 2021/2022 school year dropped 12 percent, from 63,000 to under 55,500 applications.

The further drop in fall public kindergarten enrollment applications in New York City suggests that this is more than a temporary pandemic response. Parents may be indefinitely pulling their kids from public schools, at least in some large districts where a return to full-time, in-person schooling has been elusive.

Calling the young children who are not currently enrolled in public schools “missing children,” the Brookings writers advocate for taxpayer-funded summer programming and heavy investments in public schooling to “assess the wide-ranging developmental needs of children and to target a host of needed supports” resulting from delayed or disrupted early schooling.

These children may be “missing” from public schools, but they are hardly “missing children.”

Many of the parents who have chosen to avoid enrolling their children in public pre-K or kindergarten programs have either delayed their child’s formal school entry or placed them in private schools that have been more likely to be open for in-person learning than district schools. Others have created pandemic learning pods with nearby families. Millions of parents decided to homeschool their kids this year, especially black families and those with lower incomes.

The real tragedy over the past year has not been that children are not in school, but that lockdowns and other pandemic policies have disconnected them from their larger communities, activities, peers, and extended family, leading to rising incidences of youth depression, deteriorating childhood mental health, and poor physical health through juvenile weight gain from inactivity. Lifting restrictive public health policies will improve children’s well-being, whether or not they attend a conventional school.

Delayed Early Schooling Can Be Beneficial

The push toward early school attendance has been so vigorous in recent years that many now think it’s a calamity if young children aren’t enrolled in a formal school setting. Democrats, in particular, have long embraced expanding taxpayer-funded, universal pre-kindergarten programs, including President Biden whose proposed multi-trillion-dollar infrastructure spending plan would funnel billions of taxpayer dollars toward these efforts.

As I wrote in The Wall Street Journal in 2019 encouraging parents to delay or forgo formal schooling for their children: “The trend over the past two decades has been toward more time in school, beginning at earlier ages and with an increased focus on academics. Schooling consumes more of childhood than ever, yet the benefits of early schooling remain unclear.”

Indeed, the Brookings Institution warned back in 2017 that the often-cited studies showing positive gains from pre-K programs are inadequate and that more in-depth studies of the lasting impact of public pre-K programs, including the Head Start Impact study and the Tennessee Voluntary Pre-K study, reveal that any short-term benefits were gone by the end of kindergarten.

A 2018 study in The New England Journal of Medicine found additional disturbing results of early school enrollment. In the study, researchers at Harvard Medical School discovered that, in states with a September 1 five-year-old kindergarten enrollment cut-off date, children who were born in August were 34 percent more likely to be diagnosed with attention-deficit/hyperactivity disorder (ADHD), than their same-grade, but nearly six-year-old, peers who were born in September.

As every parent knows, a year can make a big difference in early childhood development. Putting young children into academically-focused schooling environments before they are developmentally ready can cause them to be misdiagnosed with, and even medicated for, learning and behavioral issues that might not appear if they enrolled in school later.

As the recent Brookings Institution article suggests, there is sure to be a strong push in the coming months to invest heavily in the “missing children” whose parents have delayed formal school entry or opted for private options during the pandemic response. This rhetoric, along with ongoing progressive advocacy for universal, taxpayer-funded prekindergarten programs, will attempt to persuade the public that early schooling is crucial for childhood and societal well-being and that “missing children” need particular help.

Children who do not enroll in public pre-K or kindergarten programs are not “missing.” Their parents know exactly where they are. These parents are choosing to delay formal school entry, or they are selecting private education or homeschooling options for their children.

Given that the impact of early childhood public schooling programs is lackluster at best, and that delayed school entry may have positive results, many of these allegedly “missing children” may actually outperform their peers in the years to come. Rather than lamenting another academic year of lower public school enrollment, we should support the parents who are reassuming control over their children’s education from government bureaucrats and teachers unions, and applaud them for choosing alternatives to an assigned district school.