Our Government is Oblivious to Invasion 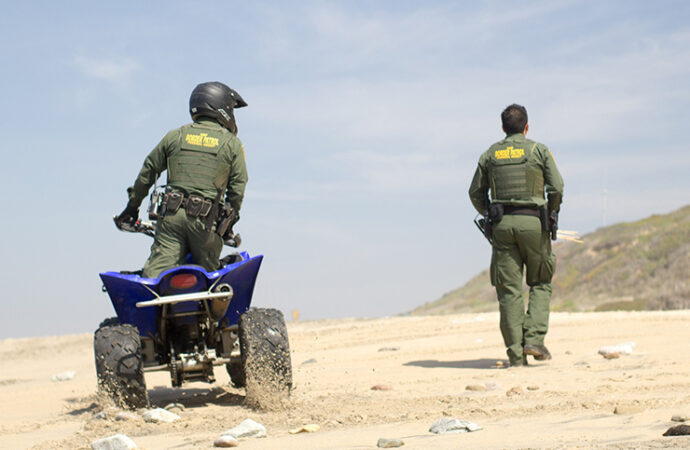 Recently while driving from town to my house, I was running through some radio stations when I landed on the Glenn Beck show. His guest was Lara Logan, a journalist and commentator unfamiliar to me, and I was sickened and horrified by what I heard. I wish I were exaggerating, but what that woman had to say left me depressed for the rest of the day.

We are being invaded—and not just by illegal immigrants.

Logan, an expert on the situation at our border with Mexico, had much to say about the cartels that are behind the current influx of illegal immigrants into the United States. She relayed that the cartels no longer resemble what most of us, including me, have believed them to be, drug gangs battling for power with one another. No, they are now making millions each and every day smuggling immigrants into our country, including sexual criminals, murderers, and slaves.

Members of these cartels also differ from their predecessors in other ways. Many of them are trained in battlefield maneuvers and the use of military weapons, in addition to being skilled with technology. By threats, murder, and bribery, they have cowed many politicians and the police, and they viciously and they kill viciously without repercussions. Recently, they openly yelled at members of our Congress who were on a fact-finding mission to the border.

Meanwhile, as Logan reported, our side is asleep at the wheel, still trying to fight these heartless killers with tactics doomed to failure.

Border agents apprehended more than 100,000 illegal immigrants in February alone. Many of them have paid only a portion of the money demanded by the cartels for smuggling them across the border. Unless they repay the remainder, their relatives back home are in danger, and the debtors may be tracked down even in the United States. It’s called human trafficking, and we are enabling it.

Yet those in the Biden administration pretend to be oblivious to the situation. They refuse to label this invasion of our country a crisis, a calamity they themselves created in the last three months by declaring in favor of open borders. As a result, we are admitting tens of thousands of foreigners into our country who will compete with Americans for jobs, who will join our welfare and housing rolls, who will flood some of our schools and overwhelm social services, and who are subject to horrendous treatment by the cartels in their journey to America.

Even worse, we are enabling the cartels to earn enormous sums of money from those crossing the border, money that will only make these criminal gangs even more powerful. Can anyone doubt that their hideous acts of violence will soon find a place in our border states?

By allowing this situation, our own government has declared war on the rest of us.

What sort of a government inflicts such harm on its own people? What are the invisible bureaucrats in this administration thinking? And what is their end game?

A basic duty of any government is to protect and defend its citizens. Given the ugliness at the border and the involvement of the cartels, does anyone really believe our president and Congress are fulfilling that duty?